Donate to Jescom with Dogecoins 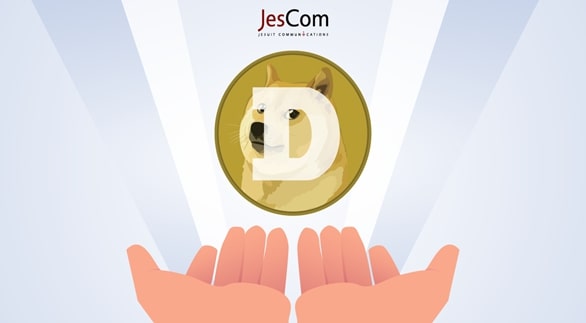 Now, you can do good with Dogecoin (DOGE), as the Jesuit Communication Foundation (JesCom), the Ateneo de Manila-based media arm for the Philippine Province of Society of Jesus, is now accepting donations in DOGE through the Donate service of crypto platform Philippine Digital Asset Exchange (PDAX).

The popular meme token is not just Elon Musk’s favorite cryptocurrency, even the 441-year old Jesuit order in the Philippines has also taken a liking to DOGE, and you can now help promote Christian values and gospel doctrine through JesCom’s media productions by donating DOGE.

DOGE is currently the tenth most widely used cryptocurrency according to market capitalization as of June 2022. It first started as a joke by software engineers Billy Markus and Jackson Palmer who launched the token in 2013 as a way to make fun of Bitcoin. The joke turned, however, as it has since then gained a massive following and is now listed across all major cryptocurrency exchanges.

JesCom partnered with PDAX for the Donate service which aims to help charity foundations and NGOs expand their donor base by providing access to the global cryptocurrency community.

Under the Donate service, PDAX created a dedicated donation website for Jescom as another global donation platform they can use to accept crypto donations from anyone in the world. The donations will be directly credited to Jescom’s PDAX wallet and can be converted to PHP to protect the donations from volatility.

PDAX Donate highlights many advantages of cryptocurrency over traditional donation channels for both non-profit organizations and donors, such as significantly lower fees. This is made possible by the use of blockchain technology, which allows for real-time settlements with minimal transaction costs.

Non-profit organizations such as JesCom also get direct access to the global community of donors including an estimated 7 million Filipino crypto users, and enjoy no minimum or maintaining balances in their PDAX Accounts.

Donors and organizations alike can rest assured that the donations are secure due to the various security measures employed by PDAX, a crypto exchange licensed and regulated by Bangko Sentral ng Pilipinas, and offers cryptocurrency trading with over 26 tokens and coins.

PDAX founder and CEO Nichel Gaba further adds, “With PDAX Donate, Filipinos can also use their crypto to donate to the NGOs and charities of their choice with just a click of a button. Not only does this promote financial freedom, but also bayanihan among Filipinos.”

Meanwhile JesCom executive director Fr. Nono Alfonso expressed his appreciation for PDAX Donate for how it can empower millions of Filipinos who are always willing to help out during times of economic crisis by ‘revolutionizing the way people exchange goods and services.’

JesCom is a non-profit organization founded in 1968 and is behind such radio programs like Usapang Kapatid on DZMM 630, Radyo Veritas 846 and Pasakalye, as well as Kape’t Pandesal in ABS-CBN 2. Jescom is likewise behind the 2016 internationally acclaimed film “Ignacio de Loyola” and also operates Radyo Katipunan 87.9, the ADMU official campus radio.

To make crypto donations to The Jesuit Communication Foundation, you may visit the official JesCom donation page or access this link.

UnionBank empowers the future of banking with groundbreaking solutions