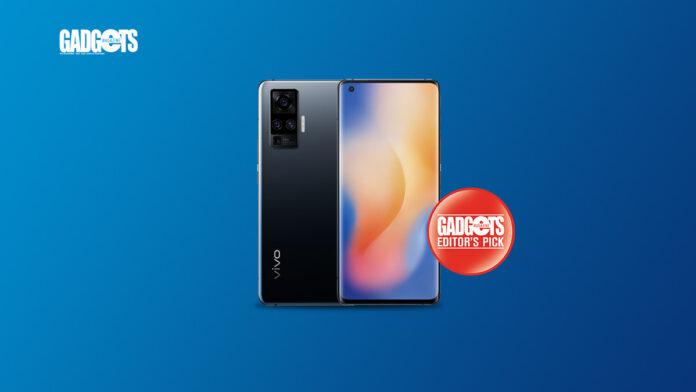 The Vivo X50 Pro is the most luxurious-feeling smartphone from VIvo that I have tested. The Vivo X50 Pro has a single color variant in the country, alpha grey. The back looks like frosted glass which not only looks good, but also pretty good at hiding fingerprints.

It has a 6.56-inch curved AMOLED display with an FHD+ resolution. The front facing camera is on the upper left side of the screen which is great when playing games on this phone. At the side of the phone is the volume rocker and the power button. At the bottom is the sim card tray, the USB Type C port, and the downward firing speaker. At the back is the phone’s trump card the quad-camera setup with the 48-megapixel main camera with the gimbal stabilizier.

The Vivo X50 Pro is also one of the thinnest phones I have tried, coming in at just 8.04mm thin and just 181.5g. Pretty good considering the features it packs inside.

The Vivo X50 Pro packs a punch. It is powered by a Qualcomm Snapdragon 765 processor with an Adreno 620 GPU. The X50 Pro has 8GB of RAM with 256GB of internal storage. Like the X50, the Vivo X50 Pro doesn’t have expandable memory which is too bad since you’ll want to take a lot of pictures with it.

The highlight of the Vivo X50 Pro is its camera setup. The main rear camera is a 48-megapixel f/1.6 lens with the brand’s “gimbal-like” image stabilizer. The secondary camera is a 13-megapixel f/2.46 portrait lens, an 8-megapixel ultrawide angle lens, and an 8-megapixel periscope telephoto with 5x optical zoom. At the front is a 32-megapixel front camera which also capture great selfies.

Aside from the cameras the X50 Pro also has Vivo’s Flashcharge 2.0 fast charging which charges the device from 10 percent to 50 percent in just 30 minutes and full in just over an hour.

I’ve already tried the Vivo X50 previously and, as I said, it is one of the best camera-centric smartphones. The X50 Pro has taken this a step further with its 48-megapixel camera with the gimbal stabilizer. Playing with the X50 Pro’s camera was by far one of the most fun time I had.

In terms of photos, the Vivo X50 Pro captured great images in outdoor settings with particularly good lighting. When indoors, I found that it was just a bit lackluster compared to my expectations, but then again these were high in the first place. Using the phone’s 60x HyperZoom, I found that it was a bit clearer than most digital zoom photos thanks to the phone’s stabilization. The X50 Pro also had a lot of features which leverages the stabilizer such as a much better night mode photography, astrophotography while handheld, and so much more.

In terms of video, the Vivo X50 Pro, well, all I can say is that you need to try it to believe it. Compared to the base X50, the gimbal does give a slightly better stabilization, but it’s not as much as I initially thought. Still the videos came out so smooth that if you didn’t know better you might have though it was the work of professional equipment. Like the X50, I absolutely loved the SmartZoom feature to chase my cat around home and offer movie-like videos.

As for the phone’s performance, the Snapdragon 765 got the job done. It can run heavy games such as Call of Duty: Mobile, PUBG:Mobile and Asphalt 9. During my time it didn’t really heat up when gaming. Downtime is almost non-existent with the X50 Pro thanks to the FlashCharge 2.0 fast charging. The phone just needed an hour and a half to get back to full juice.

The phone itself was pretty good, but there are still a few things that could have made it even better, such as stereo speakers, a Qualcomm Snapdragon 865 processor over the 765 (Vivo should have also brought in the X50 Pro+) and expandable memory, since you’ll definitely want to spend a lot of time shooting with the phone.

The Vivo X50 Pro is a premium device that justifies the slightly premium price. The ton of new features and one of a kind camera, I definitely see the Vivo X50 Pro as one of the flagships you should consider if you’re in the market for a new phone.

A definite game-changer in the smartphone camera market.