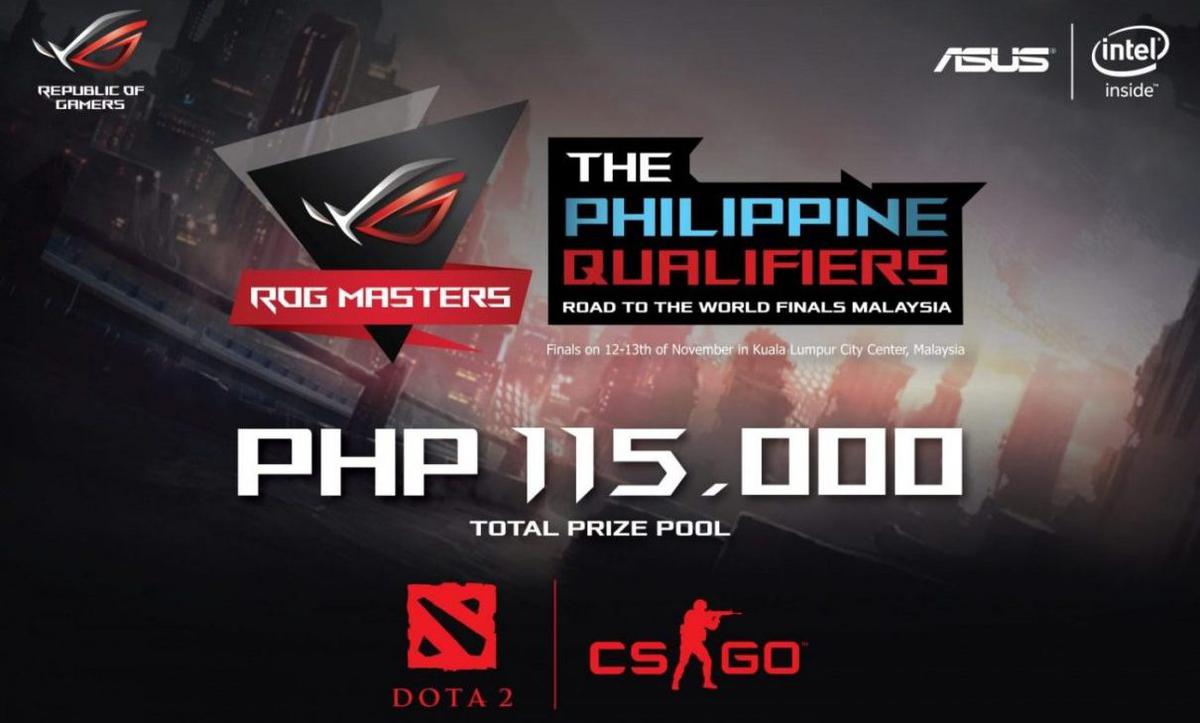 The competition, aimed at uncovering rising gaming talent in Asia, will offer a prize of PHP 115,000 for the local qualifiers for both DOTA 2 and CS:GO, with players who make it to the world championship will have a chance at bagging USD 200,000.

The registration started August 30 and will close on September 9 with both online and physical qualifiers taking place in September, culminating in a string of LAN final matches at a to-be-announced premier gaming hub in Metro Manila on either September 17 or 18.

The ROG Masters finals will be held in Kuala Lumpur, Malaysia from November 12 to 13.

“The Philippine eSports scene is starting to get really exciting day-by-day. Few months ago, we partnered with the Professional Gamers’ League (PGL) in mounting the world’s biggest DOTA 2 tournament series in country which is the Manila Major. And look, here we are now creating our own incredible gaming tournaments that aims to empower rising talents and future eSports local superstars as early as today,” George Su, country manager of ASUS Philippines System Business Group, said.

Interested teams can visit http://rog-masters.ph/ to register or to read more on the competition.