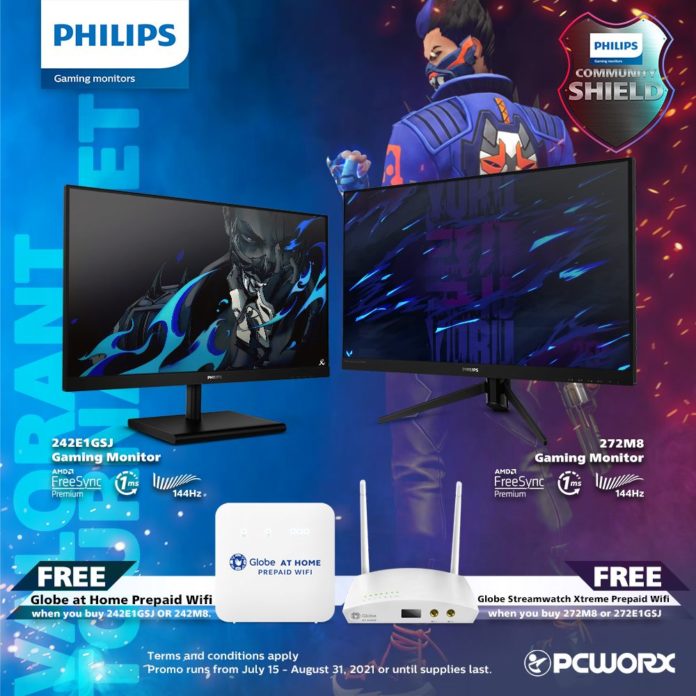 The Philips Gaming Monitors Community Shield is a community-based Valorant tournament. Being community-based the tournament’s aim is to grow the amateur and grassroots Valorant scene in the country. This is the chance for local amateur teams, student teams, and computer shop teams to play on a level where they can be seen and discovered.

Kicking things off will is a Caster and Streamers Cup. These community leaders and builders are the perfect jumping-off point for the Community Sheild. The tournament is limited to 8 slots and starts at 7PM on July 15. It is geared to casters and streamers who are not professional esports athletes and are not signed to any team. Streamers should have at least 10,000 followers and should share the live stream of the tournament.

The first leg of Community Shield starts on July 29, the second leg is set on August 12, and the last leg on August 26. The tournament starts at 7PM on the scheduled dates, and participants are limited to 8 teams. There will be one winner per leg. This is open to all amateur teams and student teams that have not participated in any major tournaments or signed by a major brand.

In line with the Community Shield tournament, PC Worx is offering a special bundle with every purchase of specific models of Philips Gaming Monitors. The bundle is available from July 15 to August 31 or while supplies last.

Valorant is a highly popular first-person shooter PC game and is poised to be one of the major players in the esports scene.

The Philips Gaming Monitors Community Shield is also brought to you by their sponsor PC Worx, Red Bull, Rapoo Philippines, and T-Force. The tournament is organized by Fulcrum Esports.