Gaming: A chat with the Nationals Champions PLDT-Smart OMEGA

It was a roller coaster year for the players from PLDT-Smart Omega’s Mobile Legends team. Just last January they were all playing in teams under different names, now all of them are under one roof and he team has just won the first conference of The National’s Mobile Legends tournament, taking home PHP 500,000 of prize money in the process.

The Nationals is the country’s first franchise-based eSports tournament. Announced just last year and launched in March, it was an opportunity to legitimize eSports in the country. Companies such as PLDT-Smart, and sister company Cignal took this chance to sponsor teams to play under their banner for the tournament. The Nationals features three different gaming titles: DoTA 2, Mobile Legends: Bang Bang, and Tekken 7.

When The Nationals was announced, PLDT-Smart had to field a talented squad to
represent the country’s largest telco brand. The brand had previously sponsored international eSports tournaments in the country such ESL One Manila and The Manila Major. The company partnered with the Sterling Global Dragons to field teams that will compete in the Nationals under the banner of PLDT-Smart Omega.

(On behalf of the team, i can really say that we are proud. It was fulfilling, the feeling of letting the world see that you can make out of a profession from eSports. Maybe, i can also say that it’s something priceless to represent the biggest telco brand in the country as PLDT-Smart Omega. We’re very proud and happy.)

Like most other ML players, all of the players from SGD/PLDT-Smart Omega were already MOBA players prior to playing ML. It was an easy and obvious choice on why they switched to ML.

(I started playing in the beginning of season 2 it was around September 2017. I just tried it, I still remember borrowing cellphone just to play ML that time. I really enjoyed it so I just continued.) 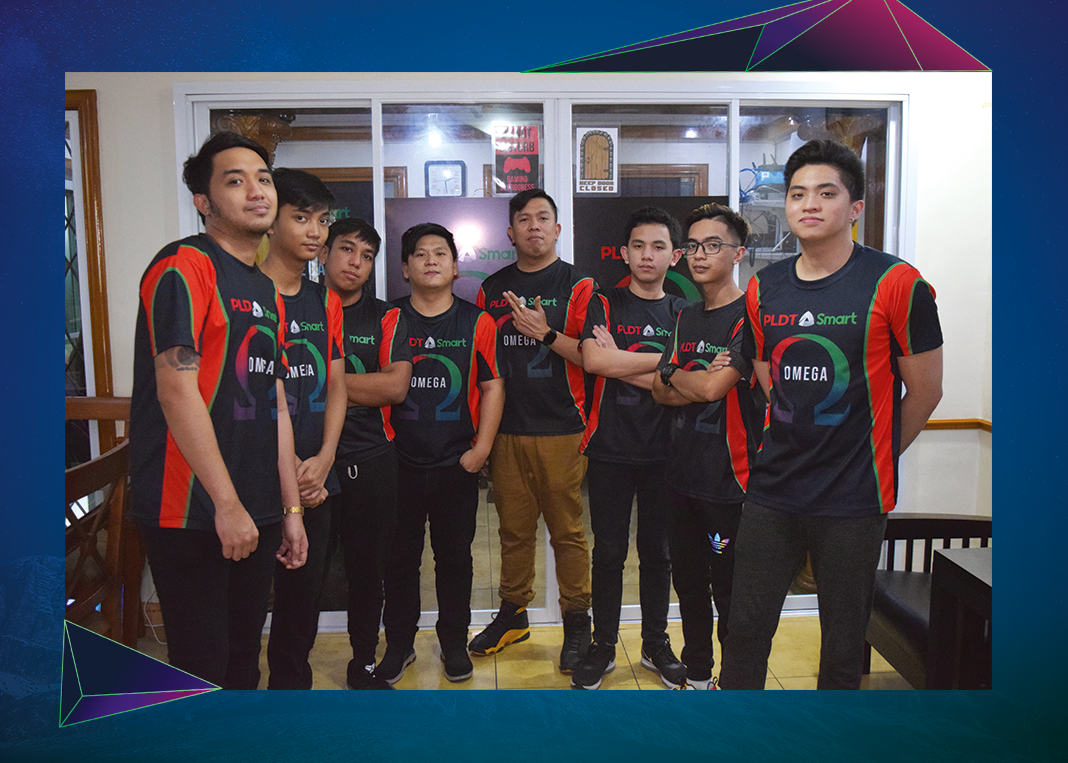 (We really prepared for it. We talked about what will happen. During that time, there were a lot of struggles within the team since we really wanted to win. Game one was close since the players were still nervous. I told them to just calm their nerves. After game, one they told me they were fine they only got serious when the second game started, and then the rest is history.)

According to Cruz, there’s nothing different from their preparation to other teams. But one advantage, he says, was that they learned how to prep the team from the first round of The National which was the DoTA 2 tournament. He adds that he and bootcamp manager Arnold “Lei” Rodriguez handles the physical exercises for the players while Vitug does his own thing with coaching and strategies.

Apart from winning The Nationals, members of the team have also qualified to be part of the eSports national team for the South East Asian Games this coming December. The team promises to push themselves to be picked as the official representative of the country for Mobile Legends.

As for other tournaments, the team credits their success to fans that supported them. The
promise to continue doing better in tournaments but hopes that the fans would also continue to support them even through losses.