11 May 2021
TechnologyGamingKalaro, the super app for Filipino gamers 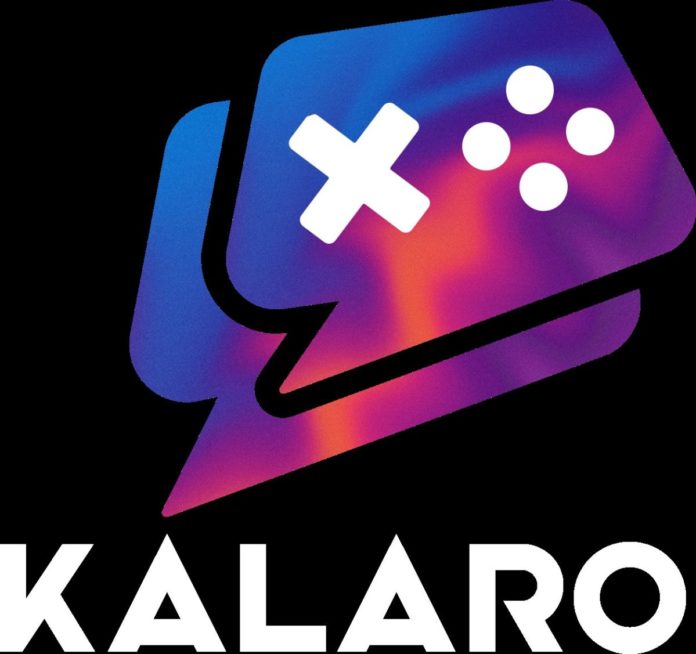 Kalaro is a super app that serves as a single portal to a wide range of virtual features and services not only for gamers but also for content creators, game strategists, tournament organizers, and entrepreneurs. In a nutshell, it is the first Pinoy gaming platform that offers tournament management, social media, video hub, and more.

Imagine a life where you are in control of what you want to do and choose the things you love and want. You can play your favorite games, stream online to earn, train to compete for tournaments, eat, sleep, wake-up and have fun again all day. This is the life that many people dream of achieving. This is the life of a gamer who has the control buttons on his hand, literally and figuratively.

Be the lethal assassin Guison who never runs out of tricks in Mobile Legends or shoot the lights out as Stephen Curry with a 3-point barrage to dominate NBA 2k21. In countries like the US and China, gamers have been more empowered to trek a career in eSports. This is possible because of the support that they receive from their government and other institutions. Many colleges and universities in these countries have accepted and approved the inclusion of online games as part of their school curriculum.

Sadly, despite the recent achievements of Pinoy gamers in the online global arena, the maturity of eSports in the country is still far from the rest of the world due to some factors: (1) There is still a stigma and cultural acceptance that gaming is not sports and being a professional gamer is not a career; 2) there is a lack of inclusivity and diversity due to low discoverability because not everyone has the resources and the space to play and be seen; and (3) there is lack of official and organized spaces to practice or a one-stop-shop that would advocate and create an organized movement for the community.

Kalaro: The super app for gamers

While it may sound like the Philippines has a lot of catching up to do in terms of being at par with other countries in the eSports industry, the good news is that there is a new-generation eSports digital platform created by Pinoys for the Filipino gaming community to empower local players.

The people behind Kalaro understand the potential of the eSports industry and how gamers and other stakeholders could actually benefit and level up the quality of their lives when the whole community works and plays together.

Born out of the desire to uplift every gamer, Kalaro also aims to gather Filipino eSports enthusiasts to come together and nurture or groom gamers to be the best that they can be by providing them opportunities to learn and grow together by leveraging the power of technology.

The eSports industry at a glance

According to GroupM, the world’s leading media investment company, the gaming market worldwide was valued at USD 151.55 billion in 2019 and grew by 20% to USD 179.7 billion in 2020 despite of the global pandemic.

There is an estimated 495 million global audience for eSports or organized forms of competitive game played in tournaments and leagues. In the Philippines alone, there are already 43 million eSports enthusiasts. That’s why it is not surprising that Filipino gamers have dominated some international online gaming competition in recent years. In just a span of four months, Team Philippines was declared as champions in the Mobile Legends: Bang Bang M2 World Championship last January 2021 and in the Regional Championship of the FIBA Esports in April.

What more if Filipino gamers get all the support they need. The Philippines has the potential to be an eventual eSports powerhouse internationally. With our unique skills and talents, Pinoys are not that far behind and we are definitely capable of reaching greater heights using new innovations like the Kalaro super app.

How Kalaro can help Pinoy gamers

There are a lot of benefits that Filipino eSports enthusiasts can get from Kalaro. These are the main features of the gaming platform that every fun-loving gamer can enjoy when they access the app:

Kalaro has an ongoing promotion where they are giving away up to 5 million Kalaro gems to lucky app users. Everyone can still join. All they have to do is to create a free account now and start discovering the many valuable features of the super app.

Reaching your full potential as a gamer is now made more possible and this can be your key to a better future as you play the games you love and earn a living at the same time.

Kalaro believes that the eSports industry can serve as a lifeline to many Pinoy gamers who can now connect and complete with gamers overseas. As Kalaro take bigger steps to reach out to every eSports enthusiast in the country, its thrust is to also have the whole of Asia use the platform. And who knows, the rest of the world as well.

With Kalaro, we play as one!