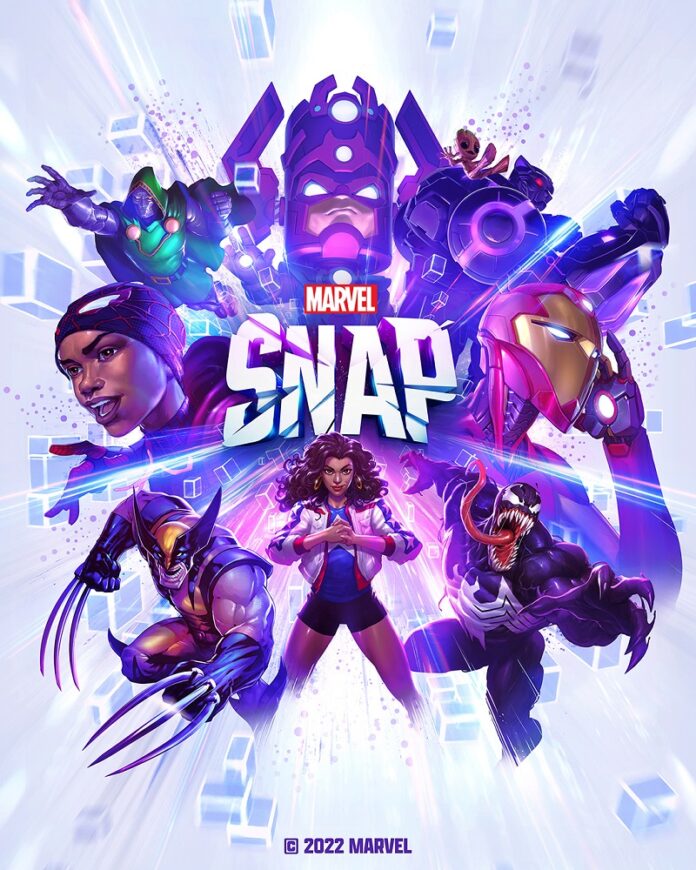 Pinoy gamers and Marvel universe fans alike will have something exciting to look forward to as two game development companies — Nuverse and Second Dinner — team up with Marvel Entertainment to launch the highly anticipated game, MARVEL SNAP, on October 18, 2022.

To be launched globally on mobile and PC, MARVEL SNAP  is an adrenaline-pumping, superpowered card battler that lets fans assemble their Marvel dream team of heroes and villains and then battle their way through the multiverse to glory– all in just three minute play sessions. It is super easy to learn, but will take a lifetime for even the best of players to master.

Nuverse and Second Dinner has also released the game’s ‘Pre-Registration’ page, where players can sign up to get the latest information on the game and snap it up the moment it launches on October 18.

“We can’t believe the amazing response we’ve gotten from players all over the world who have been able to experience MARVEL SNAP during our beta period this summer,” said Tom van Dam, senior director of BD and Partnerships (Nuverse). “MARVEL SNAP introduces a totally new type of card battler gameplay and fans can’t get enough of it. We can’t wait for players to assemble their ultimate roster of heroes and villains and then battle it out against each other starting October 18th.”

In an all-new gameplay trailer, fans can enjoy the first glimpse at never before seen footage of the full game. As the trailer reveals, each action-packed match lets players compete at three random locations, each of which has its own challenging, game-changing effects. With their pick of more than 150 beautifully-designed cards at launch and the surprise of more than 80 locations in the game, players will never experience the same game twice.

For players who love the thrill of a big win, MARVEL SNAP introduces a new way to compete, allowing players to “SNAP” to raise the stakes and double down. The mind games and bluffing inherent in this innovative mechanic makes the game truly impossible to master, yet still incredibly fun to play every time.

“We’ve spent years making sure that MARVEL SNAP is the kind of game that everyone, gamer or not, can’t wait to pick up and play,” said Ben Brode, chief development officer at Second Dinner. “If you love fast-paced, strategic games and the thrill of throwing down a power move to stop your opponent at the last second to win the big game, you’re going to absolutely love MARVEL SNAP.”

MARVEL SNAP will be available in 13 languages on mobile and PC at launch. Players interested in checking out the game can pre-register at https://www.marvelsnap.com/pre-register.