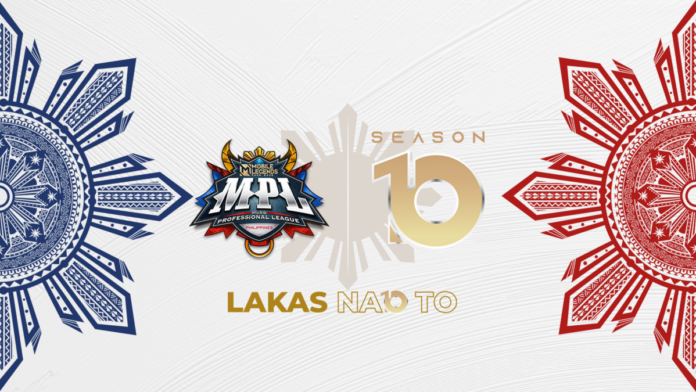 “In Season 10, we intend to look back to our successful runs with Filipino fans who have contributed to the growth of the league to what it is today. We will also commemorate our globally-competitive esports athletes and talents who have also become an inspiration to young, aspiring players, ” said Tonyo Silva, MPL Philippines senior marketing manager. “We thank our fans for their immense support and hope they like the different activities we prepared for them.”

The country is currently the most competitive nation in MLBB worldwide with the most number of global recognitions and victories such as MLBB Southeast Asia Cup titles – 3, SEA Games Gold Medals – 30th and 31st, and M World Championship – 2, under its wing. Recently, Filipino players and coaches were scouted and invited to join different teams from neighboring countries such as Indonesia and Malaysia, proving that the nation is the birthplace of strength in MLBB Esports.

The Strongest Teams Yet to Clash

For tiebreakers, head-to-head records will be the basis wherein the team with the most points earned against the tied team will emerge as the victor of the tiebreaker.

Meanwhile, Playoffs start on 20 October, where six (6) top teams in the Regular Season point rankings will have the chance to vie for the title and represent the country in the upcoming M4 World Championship.

The arrival of the Hall of Legends

Also announced in the press conference was the establishment of MPL Philippines’ Hall of Legends, the league’s very own hall of fame.

The league will welcome its first 10 Hall of Legends inductees during the Finals of MPL Season 10. These 10 inductees will be selected by a voting committee formed by active players, select members of the MPL media, coaches, and members of Mobile Legends developer Moonton. Fans will also have a say as to who will be nominated.

Smart Communications, Inc. continues its partnership with MPL-PH this season, as the official telco partner to provide the tournament with high-speed internet connectivity. Meanwhile, McDonald’s Philippines joins the pool of official sponsors alongside Samsung and Maya. The popular fast-food chain will be offering Mobile Legends: Bang Bang fans exciting food deals through its McDelivery app.