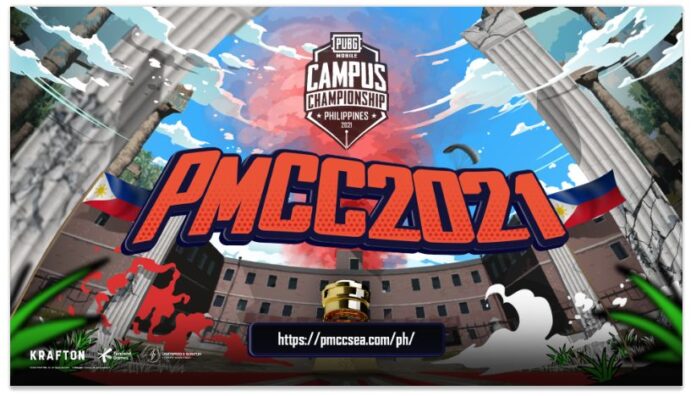 For the first time ever, Tencent Games has brought the PUBG Mobile Campus Championship (PMCC) to the Philippines. Currently running until November 28, the nationwide tournament features the best university students vying for a prize pool of PHP 450,000. The winning squad will also represent the country at the upcoming PMCC Southeast Asia 2021 where they will compete against the top collegiate teams from Indonesia, Thailand, Malaysia, and Vietnam.

Since its launch in 2018, PUBG Mobile has accumulated over a billion downloads outside China alone. This places the battle royale-style competition among the top three most downloaded titles and makes it one of the most successful games worldwide. In the Philippines, PUBG Mobile has already gained a loyal fanbase following the success of its first national championship event last year. Now, with PMCC Philippines, Tencent Games further demonstrates its commitment to continue offering Filipinos, at every level and age, an opportunity to compete on the regional and international scene.

“We are very excited to bring the fierce and highly competitive PMCC to the Philippines featuring the best young, talented gamers across the country. Through this tournament, we hope to continue motivating our student-athletes to pursue their passion for gaming and elevate their skills so that they too can one day test themselves against the best in the region and world,” said Oliver Ye, director of PUBG Mobile Southeast Asia

Apart from the actual tournament, PMCC Philippines also includes activities for students to showcase their talents outside the game. There is the Campus Ambassador where fans can now vote among the top 3 entries with the winner being named the official face of PMCC Philippines. A total prize pool of Php 20,000 is also up for grabs.

Next, there is the Caster Hunt Challenge where participants were selected to cast a qualifying match with a professional shoutcaster. Fans can now vote for their favorite with the winner earning the opportunity to cast during the Grand Finals on November 27 and 28. A total prize pool of Php 20,000 is also up for grabs.

Lastly, there is the Low-Cost Cosplay where contestants must share a photo of them dressed as their favorite PUBG Mobile hero. No registration is required. To join, they must comment their submission on the contest poster that was released last November 18 on the PUBG Mobile Philippines official Facebook page. Entries will be accepted between November 22-26. The top 5 winners will be featured during the live event broadcast and acknowledged on-air. A total prize pool of Php 10,000 is also up for grabs including cash and Unknown Cash credits.