24 May 2017
TechnologyGamingRazer and Bungie partner for Destiny 2 release 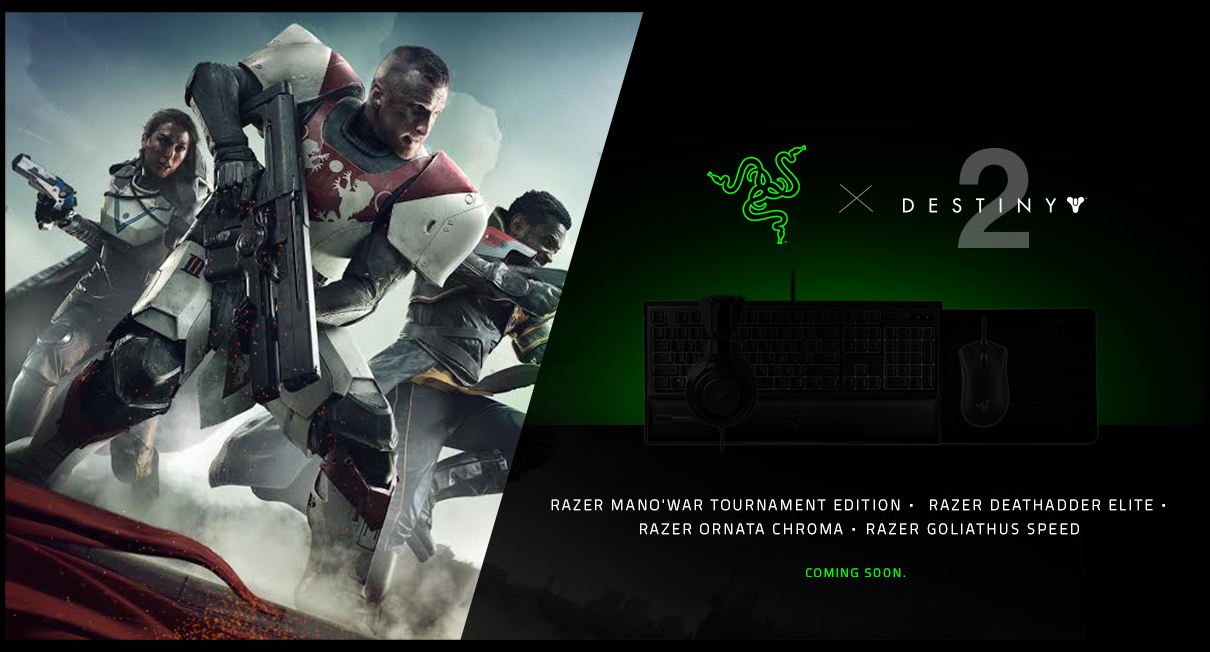 Razer announced last May 22 in Los Angeles, California, that it has gone into a partnership with game studio Bungie for the upcoming release of Destiny 2, published by Activision.

In celebration of the much awaited sequel to Destiny for XBOX One, PlayStation 4 and PC, Razer will release a suite of Destiny 2-themed products.

The line of official peripherals will include special editions of the DeathAdder Elite, Ornata Chroma, Man O’ War Tournament Edition, and the Goliathus Speed.

“We’re very excited to partner with Razer to create a line of premium gear that we know Destiny 2 players and action shooter fans will love. The team has come up with some cool ways to pair Destiny’s art and designs with Razer’s high-performance hardware, providing players with new ways to customize their Destiny 2 experience,” said Bungie creative director for brand and marketing Jim McQuillan.

Announced earlier this year, Destiny 2 will be out on September 8, 2017 for consoles with the PC release still to be officially announced. Razer’s Destiny 2 line of peripherals will coincide with the launch, available worldwide in September.