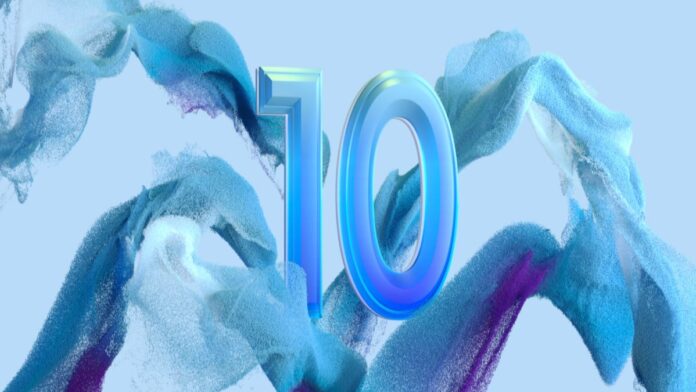 Alibaba DAMO Academy (“DAMO”), the group’s global research initiative, provides its forecast of the leading technology trends in the year ahead.

By analyzing millions of public papers and patent filings over the past three years and conducting interviews with nearly 100 scientists, DAMO provides the top 10 technology trends for the next two to five years that we are expected to witness accelerated breakthroughs and make impacts across sectors in the economy and the society at large.

“Over the past century, the evolution of digital technologies has accelerated technological progress and industrial development. The boundary of technologies is extended from the physical world to mixed reality, while more and more cutting-edge technologies find their way to industrial applications,” said Jeff Zhang, head of Alibaba DAMO Academy.

“Digital technology plays an important role in powering a green and sustainable future, whether it is applied in industries such as green data centers and energy-efficient manufacturing, or in day-to-day activities like paperless offices. With technology, we will create a better future.”

In the next two years, these are the technology trends we expect to see:

The rapid development of new network technologies will fuel the evolution of cloud computing towards a new computing system: cloud-network-device convergence. In this new system, clouds, networks, and devices have a more clearly defined division of labor. Cloud-network-device convergence is the catalyst that will drive the emergence of new applications to fulfill more demanding tasks, such as high-precision industrial simulation, real-time industrial quality inspection, and mixed reality. In the next 2 years, we expect to see a surge of applications running on top of the new computing system.

In the next three years, we expect to see AI broadly applied in the research process of applied science, the widespread use of silicon photonic chips in large-scale data centers, AI paving the way for the integration of renewable energy sources into the power grid, people-centric precision medicine becoming a major trend, groundbreaking improvements in the performance and interpretability of privacy-preserving computation, as well as a new generation of XR glasses.

In the past hundreds of years, the scientific community had two basic paradigms: experimental science and theoretical science. Today, the advancement of AI is making new scientific paradigms possible. Machine learning can process massive amounts of multidimensional and multimodal data and solve complex scientific problems, allowing scientific exploration to flourish in areas previously thought impossible. AI will not only accelerate the speed of scientific research but also help discover new scientific laws. In the next 3 years, we expect that AI will be broadly applied in the research process of applied science and be used as a production tool in some basic sciences.

Medicine is a field that is highly dependent on individual expertise, often involves a lot of trial and error, and may ultimately have varying efficacies from patient to patient. The convergence of AI and precision medicine is expected to boost the integration of expertise and new auxiliary diagnostic technologies and serve as a high-precision compass for clinical medicine. With this compass, doctors can diagnose diseases and make medical decisions as quickly and accurately as possible. These advances will allow us to quantify, compute, predict, and prevent severe diseases. In the next 3 years, we expect to see people-centric precision medicine become a major trend that will span multiple fields of healthcare, including disease prevention, diagnosis, and treatment. AI will become synonymous with a highly precise compass that allows us to pinpoint diseases and their treatments.

For a long time, the application of privacy-preserving computation has been limited to a narrow scope of small-scale computation due to performance bottlenecks, lack of confidence in the technology, and standardization issues. However, as more and more integrated technologies, such as dedicated chips, cryptographic algorithms, whitebox implementation, and data trusts, are emerging, privacy-preserving computation will be adopted in scenarios such as processing massive amounts of data and integrating data from all domains, which is the headway made from processing small amounts of data and data from private domains. The adoption will boost new productivity that is powered by data from all domains. In the next 3 years, we will witness groundbreaking improvements in the performance and interpretability of privacy-preserving computation, and witness the emergence of data trust entities that provide data sharing services based on the technology.

The development of technologies such as cloud-edge computing, network communications, and digital twins brings XR into full bloom. XR glasses promise to make immersive mixed reality Internet a reality. This technology plants the seed that will sprout into a new industrial ecosystem that encompasses electronic components, devices, operating systems, and applications. XR will reshape digital applications and revolutionize the way people interact with technology in scenarios such as entertainment, social networking, office, shopping, education, and healthcare. In the next 3 years, we expect to see a new generation of XR glasses that have an indistinguishable look and feel from ordinary glasses entering the market and serving as a key entry point to the next generation of the Internet.

In the next five years, we expect to see perceptive soft robotics replacing conventional robots in the manufacturing industry, and satellites and terrestrial systems working as computing nodes providing ubiquitous connectivity:

Unlike conventional robots, perceptive soft robots are robots with physically flexible bodies and enhanced perceptibility towards pressure, vision, and sound. These robots take advantage of state-of-the-art technologies such as flexible electronics, pressure adaptive materials, and AI, which allow them to perform highly specialized and complex tasks and deform to adapt to different physical environments. The emergence of perceptive soft robotics will change the course of the manufacturing industry, from the mass-production of standardized products towards specialized, small-batch products. In the next 5 years, perceptive soft robotics will replace conventional robots in the manufacturing industry and pave the way for wider adoption of service robots in our daily life.

And beyond, we expect to see the future AI is shifting to the co-evolution of large- and small-scale models via clouds, edges, and devices.

The large-scale pre-training models, also known as the foundation models, are the grounding breakthrough technique from weak AI to general AI, which relatively boosts the performance of various applications using conventional deep learning. However, the merit in the higher performance and the drawback in the power consumption are not well balanced, limiting the exploration of large-scale models. The future AI is shifting from the race on the scalability of foundation models to the co-evolution of large- and small-scale models via clouds, edges, and devices, which is more useful in practice.