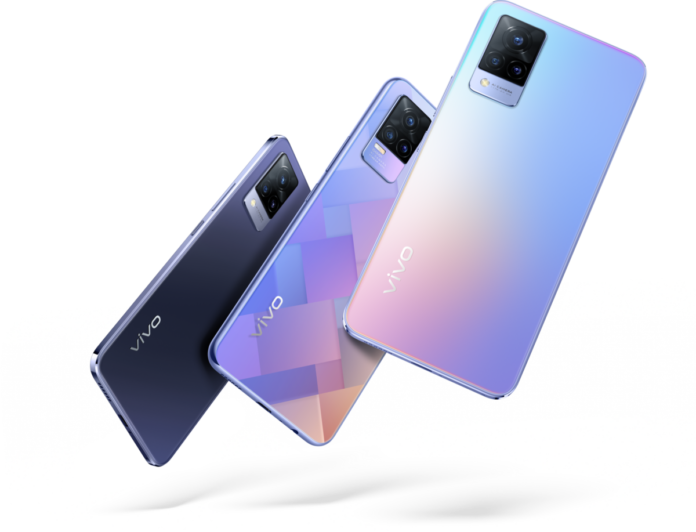 Ushering in a new era for selfie phones, the vivo V21 models feature the world’s first 44MP Optical Image Stabilization (OIS) front camera technology, bringing the highly social and stylish generation closer to themselves every time. Its main rear camera also comes with an astounding 64MP resolution, making every detail stand out even after one zooms in. Users can also feel the power through this smartphone with its high refresh rate of 90 Hz for a silky-smooth experience as they scroll, play games, and watch videos.

The vivo V21 is for those who want to take control, fashionably. This ultra-thin smartphone weighing 176 grams is not only stylishly designed with an anti-glare matte glass that is both scratch-resistant and fingerprint-free but is also ergonomically designed to give users a smooth, yet firm, grip.

From selfies to video calls, users can rely on the vivo V21 to provide them with a fashion-forward and camera-focused device. The optimal image stabilization technology integrated into its front camera is the world’s first — making sure users capture their shine whether they shoot in high or low light.

For those who love to vlog, this smartphone also makes a great choice as it offers a super still quality even as the user walks, talks, and films. It also has a Dual-View Video feature, letting people record two videos at the same time using both the front and rear cameras. Additionally, they can capture scenes crystal-clear with the vivo V21 delivering 4K selfie videos.

Designed to power you through

To complement its consumers’ fast-paced lifestyle, vivo incorporates an advanced 5G technology in its V21 models. It boasts of faster speeds for downloads and uploads, video streaming, real-time game interactivity, and more. People can also delight in more freedom as the V21 allows them to upgrade their memory by 3GB, on top of its built-in 8GB internal storage. For further edge, the vivo V21 supports uninterrupted movement with its 4000mAh battery giving long-lasting power.

As technology becomes an integral part of one’s life, people look out for a smartphone that responds to their need for connection. And with the vivo V21 series being an unrivaled selfie camera, people can only rely on this device to give them a feel as impactful as real-life interactions.