Man for the Job: Shannon Mead 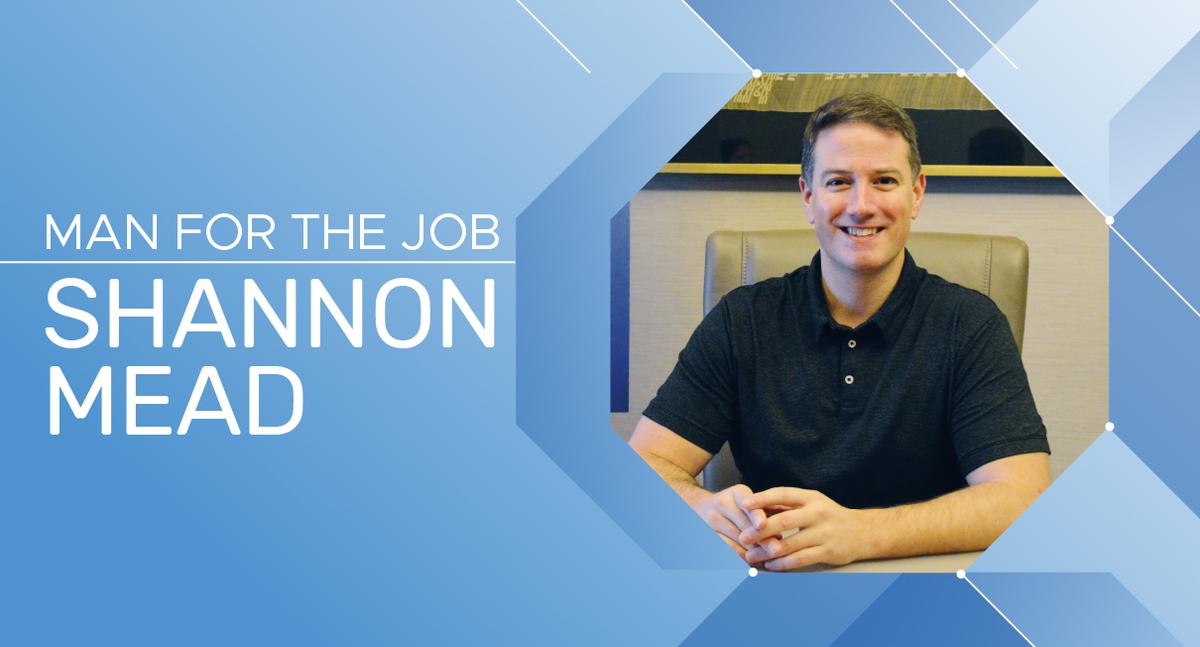 Nokia mobile, a brand that triggers deep feelings of nostalgia especially among those who grew up in the late 90s and early 2000s, is officially back in the game through HMD Global. It is in its best form in the past decades with a new portfolio of smartphones running on Android and some old favorites given a 21st century overhaul. Grand launches for these devices heralded the brand’s strong push in the Philippines, and consequently has everyone talking. This favorable response is in large part owed to HMD Global Philippines Country Manager Shannon Mead.

Shannon walks into the room, stands across our side of the table, and neatly lays down beautiful Nokia phones on the flat surface—quite the entrance. Conversing with the person who technically runs HMD Global and the Nokia brand’s operations in the country was surprisingly easy and virtually devoid of purposely confusing corporate parlance. With his depth of knowledge, you’d think he’s had an extensive tech background prior to getting into Nokia, but the man reveals otherwise. As Shannon puts it, he rather fell into it.

Having an advanced diploma in hospitality management and experience in theater, a career in tech was understandably a far-fetched proposition for Shannon. Joining Nokia in 2003, he worked his way through the organization, switching from one role to another, city after city, and now although in a country miles away from home, Shannon expresses loving every day of it. This earnestness translates to how well-received Nokia devices are in the local market. Testing the waters with the new Nokia 3310, the brand saw an overwhelming demand for the classic feature phone. This revealed a strong connection with people, a connection the brand felt it could build on.

Shannon stresses the importance of reconnecting with the consumers. For a lot of people, Nokia phones played a key role at a time where means of communication was sparse. This experience was made better by the reliability of their devices: having a quality build that can withstand drops on hard concrete, battery life that extends from days to even weeks, and simple joys brought by the simplest features such as a ringtone maker.

He shares, “when I say the word Nokia or the ringtone, you actually see people’s faces light up. And they actually remember the experience. It’s not just a piece of technology, it actually connected them to their friends or their families and so on at that point in time where it was so critical for the country and for the country’s growth as well. And that’s something I’ve never seen in any other market—this really strong connection to the brand.”

HMD Global, through Nokia, sets its sights on creating new meaningful connections by giving consumers the best technology in devices, at different price points, that are undoubtedly Nokia.

One of the ways the brand intends to make it is through taking into consideration consumer insights, which has always been the case for Nokia. Amid trends such as notched displays and AI integration, Nokia stands its ground. “We believe the design is beautiful, but we listen to the consumer feedback and of course if there’s enough request or demand for that [feature], and that’s where the technology and innovation is going, then we can look into [adopting] that in our portfolio in the future,” Shannon elaborates. Innovative phones that provide relevant engagement for consumers is in the Nokia DNA. This is what people remember the brand for, and this is what they are determined to continue doing.

“This year is about gaining momentum, it’s about broadening our portfolio, it’s about deepening our presence as well,” Shannon explains. Since the Philippines is predominantly a prepaid market, HMD is also working with Home Credit and making flexi-finance available to boost consumers’ purchasing power.

With its broadening portfolio, the brand has opened Nokia stores beyond the Greater Manila area and is gearing up for more store and kiosk openings as far as Mindanao. In this, Shannon is heavily involved, traveling from one place to another, on-board a jeepney sometimes if the situation calls for it. “I think the most important thing is we’re seen as visible, even as country manager, it’s not a desk job. It’s actually a job where I need to be out engaging with consumers, working out what’s good, what’s bad as well,” Shannon underscores. This just further adds to Nokia being a human-centric brand. On various fronts, HMD strives to get customers involved, and this is what fuels the company to keep innovating.

Shannon could have been a hotel-resort owner chilling by the beach or building his empire of production companies by now, but HMD’s purpose of inclusive technology resonates with him greatly. “I think for now HMD is a great home to be in and it’s given me a great opportunity. It stands for a lot of positive things, representing the Nokia brand. So I’m happy enough to be here right now.”

With Shannon Mead at the helm of HMD Global Philippines, a team rallying behind and people who believe in the brand, Nokia is a step closer to reclaiming greatness.