The Unpopular Opinion: Yes! CDs Are Still A Thing 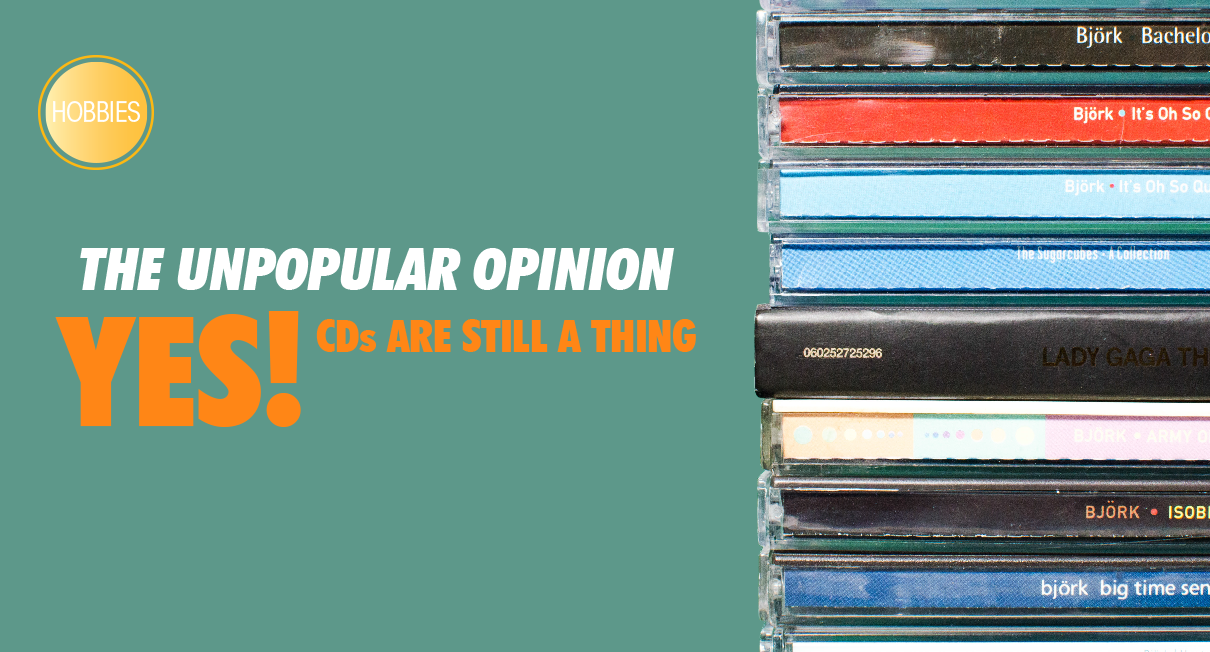 I was born in an age where CDs and cassettes were all the rage. It was in the 90s, when standalone portable music players were a thing and almost everyone had them. It was in my teens in the late 2000s though, that I was introduced to the wonderful world of music.

I remember going to the music store for the first time with my dad. I wasn’t that interested at first and I thought it was kind of boring. That all changed when I started listening to a famous pop singer. I got so hooked that it led me to buy her album, and I still recall the joy I felt when I tore through the plastic packaging. It was in digipak format and not the usual jewel case type. I was very, very intrigued with the art printed on the flaps, as well as the booklet and the overall design. Even the smell of the newly opened album was amazing. This is a love affair that I keep to this day.

At present, most of the record stores I used to frequent are either gone or on the way out. For the past few years, CD sales have declined, as most people don’t see it practical to buy physical albums anymore, especially now that music streaming services such as Spotify and Apple music dominate the industry.

With that said, in this digital age, is there still a point of buying CDs? For me, the answer is a resounding “Yes.” As someone who works in the creative field, I’m very drawn to art of all types, and with physical albums, you get so many things. From the production, the packaging, the visuals and of course, the music. Some even have a little extra such as stickers or posters. CDs still remain some of the more popular collector’s items out there, as certain records can become rare over a period of time.

While I appreciate the convenience of music streaming apps, it’s still not the same without a physical copy, especially if it involves your favorite musicians. It’s not enough for me to have something to listen to. Having that sense of ownership given by a physical copy completes the whole experience of the album.