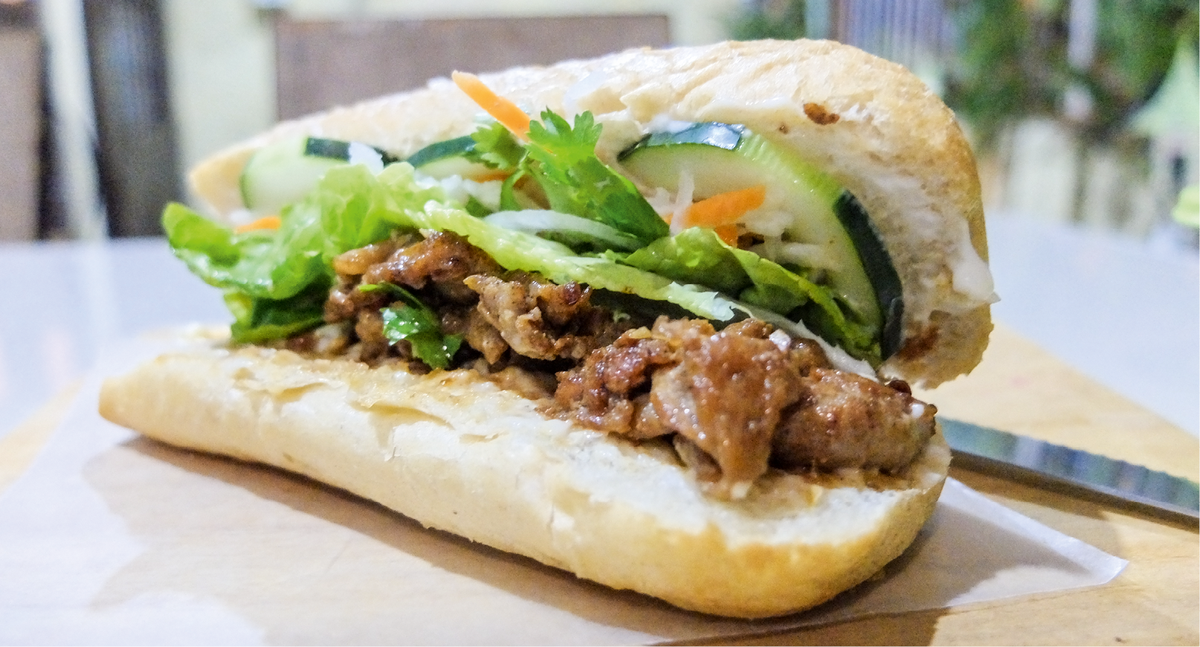 Over the years, Marikina has become a surprise in the local food scene, with good restaurants opening up sporadically across the mostly suburban city. One such establishment is Ca Phe Saigon in the San Roque neighborhood, just a stone’s throw away from the R-6 Marikina–Infanta Highway.

Ca Phe Saigon is not a new restaurant; on the contrary, it’s been around for quite some time, but it has eluded many visitors who are not familiar with the Eastern parts of Metro Manila. And those who try to search for its location on Google Maps or Waze (found there as “Sweet Apple Creations”) will find themselves circling the block a few times because of a patchy GPS and data reception.

Outside, the restaurant is literally a home, save for the well-lit sign in the middle of the otherwise dim Red Cedar Street, and the more-than-usual number of veranda furniture. The decorations are quaint—endearingly kitschy—with trinkets from Vietnam and pictures of notable guests strewn across the walls. Vietnamese groceries are on display, mostly for sale, like instant pho and dried beef.

A few wooden tables and stools line the narrow corridor, while a bar is propped up on the other side for communal seating. The open air options offer more space, as long as one is willing to sit through a meal with people intermittently popping out to smoke a fag. Well, it does add a bit of authenticity to the meal, I think, people smoking. Some time ago, the owners added an extra room for seating on the other end of the house-cum-restaurant. It’s good for large groups.

The restaurant offers authentic Vietnamese meals on the cheap, and I do mean cheap. Food here costs around PHP 100 to 200 a plate. And the serving sizes for these price points are surprisingly good.

The banh mi, Vietnam’s ubiquitous food-on-the-go, is offered in different varieties, but I decided on the roast pork. The cha lua, or Vietnamese meat loaf, and the chicken liver pâté are optional, for those who aren’t particularly fond of them.

Layers of pork are rendered savory, sweet and tender, then topped with lettuce, cucumber, and pickled carrots and daikon (do chua) in a six-inch Vietnamese–style baguette. The bread for me was the best part of the whole sandwich. It was crisp on the outside with the right amount of bite on the inside. The accoutrements were all very fresh, and the pickled vegetables did not lose their vibrancy with the pickling.

Next, I order the goi cuon—fresh spring rolls with the works—lean pork, a bit of shrimp, vermicelli or bun, lettuce, cilantro, carrots, daikon, and cucumber. It’s a nice carb-y yet light and refreshing substitute to our lumpiang sariwa. The rolls are assembled neatly, with each ingredient layered distinctly as seen through the translucent rice paper. It is served with a thick and sweet peanut sauce.

And as if the amount of carbohydrates I consumed wasn’t enough, I order the classic pho ga. The regular versio

n is typical marketplace fare: flat rice noodles topped with caramelized shallots, scallions, and other greens, with bits of shredded chicken scattered all over. The pho is also available “special” which promises more ingredients and a larger helping.

Everything in the bowl was good, but the star, really, was the broth. Chicken carcass is simmered with onions, fish sauce, and other flavorings, giving it that signature murk in an otherwise clear fluid. I just wish they had fresh herbs like mint and basil, and mung sprouts to mix into the pho, but they didn’t.

Ca Phe Saigon also offers rice meals and other classic Vietnamese mains and starters like bun cha, cha gio, and goi bap cai. A variety of Vietnamese desserts, and Western baked goods are on offer, including baguettes to take home. For people who like coffee, the authentic ca phe sua da is a must, brewed on the spot and served the traditional way. It is also available iced (ca phe da).

Overall, the meal was enjoyable, having pitfalls due in part perhaps, to the competitive pricing. Flavors are authentic and were generally good. Plus, it does feel great to have a decent Vietnamese meal for less than the price of a single plate of food in the restaurant’s Makati contemporaries.

Viber invites you to a Cebuano food feast with Let’s Eat Bai!