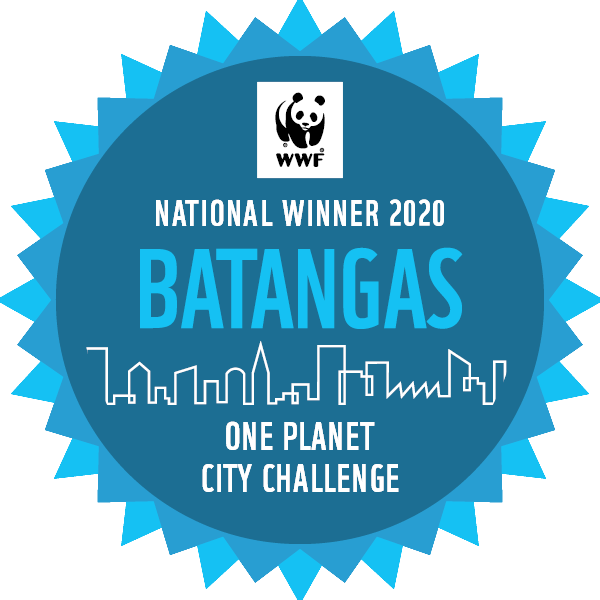 The capital city of Batangas province has been named the Philippine winner in the latest edition of the World Wide Fund for Nature’s (WWF) One Planet City Challenge, joining the list of national winners from 22 countries worldwide.

The city’s comprehensive climate mitigation and adaptation plan, which includes interventions based on city-specific climate vulnerabilities, impressed the urban sustainability experts from across the globe that compose the OPCC jury. Batangas City also reported an ambitious target for carbon neutrality by 2030 and its vision to be the first carbon-neutral city in the Philippines.

In a letter from the OPCC Team in Stockholm, the jury acknowledged the city’s aggressive efforts in promoting climate risk assessment.

The other national finalists in the Philippines were Muntinlupa and Santa Rosa, while Cagayan de Oro, Davao, Dipolog, La Carlota, Pasig, San Carlos, Tagum, Malolos, Parañaque, and Quezon City, were also included in the country’s roster of qualifiers for OPCC 2019-2020.

WWF-Philippines executive director Joel Palma praised the City of Batangas, as well as the other local qualifiers, for representing the Philippines well.

“I would like to commend the Batangas City LGU and all the other LGUs who have taken part in the OPCC. I would like to commend their efforts in finding solutions to ensure that development is made sustainable by putting into the equation the environment and people. The challenges we are facing now, particularly the pandemic, proves that there is a direct link between the health of the environment and the health and well being of people,” shared Palma.

Nearly 66% of the global population has been represented in the year’s OPCC leg, with 255 cities participating from over 53 countries across the globe.

Originally launched as the Earth Hour City Challenge, OPCC kicked off in 2011 as a biennial global challenge where cities are encouraged to share climate mitigation and develop adaptation plans centered in their critical role of building a sustainable and climate-safe future. Being accountable for 70% of carbon emissions globally and generating 80% of the total GDP, the political and economic power of cities are considered instrumental in the transition to a more stable climate.

Winners of this year’s OPCC are also eligible to participate in We Love Cities, a WWF campaign interwoven with the OPCC which aims to liaise better communication between city officials and the citizens they represent on climate change and sustainability issues. For more information and updates, log on to http://panda.org/opcc.