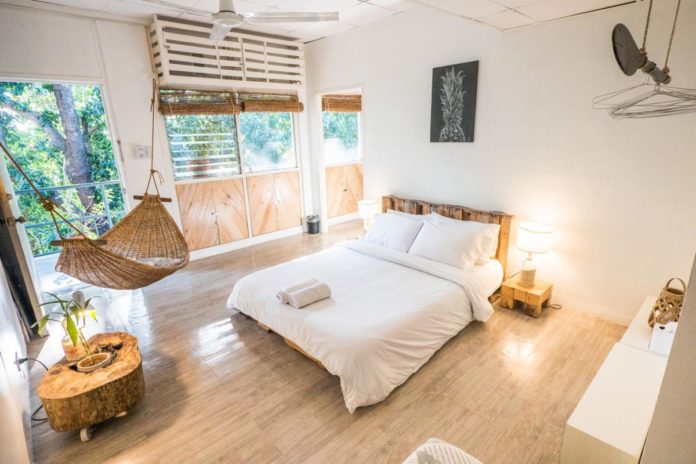 Filipina entrepreneurs are the driving force of Airbnb’s Host community in the Philippines, according to latest data released by the company. With approximately 65 percent of Airbnb Stays in the country being hosted by Filipino women, the Philippines is leading the way for growing gender diversity of Hosts on the platform.

Recent data from UN Women has highlighted the disproportionate economic impact the COVID-19 pandemic has had on women in the Philippines, as most are employed in industries that are worst-hit by the pandemic, including retail and hospitality. To adapt to these uncertain times, many Pinays have turned to digital entrepreneurship, including hosting on Airbnb.

Notably, Cebu City ranks second globally (67 percent) for the highest percentage of women hosts at a city level, followed closely by Quezon City and the City of Manila (66 percent). This is significantly higher than the global average, where an estimated 55 percent of the company’s 4 million Hosts globally, or more than 2 million Hosts, are women.

“The pandemic has been incredibly difficult for all of us, but especially hard for women. We have seen a record-setting departure of women from the workforce. And yet, at the same time, we have seen many women turn to hosting on Airbnb. This International Women’s Day, we celebrate Pinays across the country — our ilaw ng tahanan — who continue to innovate and seek new economic opportunities to help them and their families stay afloat in these unprecedented times,” shares Amanpreet Bajaj, general manager for India, Southeast Asia, Hong Kong and Taiwan, Airbnb.

Globally, new women Hosts who started hosting just one listing on Airbnb since the start of the pandemic have collectively earned more than USD 600 million since last March. This trend has provided a much-needed financial lifeline for women and their families at a time when the economic burdens and sacrifices have fallen disproportionately on their shoulders. In the Philippines, 64 percent of new Hosts who joined the platform since March 2020 at the start of the pandemic were women.

This extends beyond Stays to Experiences as well. Since Airbnb built and launched Online Experiences at the beginning of the pandemic in April 2020 — an idea proposed by its Host community — 51 percent of Online Experience hosts are now women. In a recent Airbnb survey, 35 percent of these women shared that they started their Online Experience to replace lost income from a full-time or part-time job, and 23 percent said it’s their primary source of income.

In 2021, Airbnb is working on being a strategic partner to the Philippine government to support the government’s safe travel protocols, promote the gradual reopening of domestic tourism, and spur local economic recovery. The company is optimistic that domestic travel will soon rebound with the implementation of the country’s vaccine program and the easing of travel restrictions and requirements. According to a recent survey, Filipinos are primarily seeking safe, affordable, and meaningful travel in 2021.  Airbnb is focused on driving sustainable long-term growth for its Stays and Experiences in the Philippines to its Host and guest community.