Celebrate chocolate around the world with SM Snack Exchange 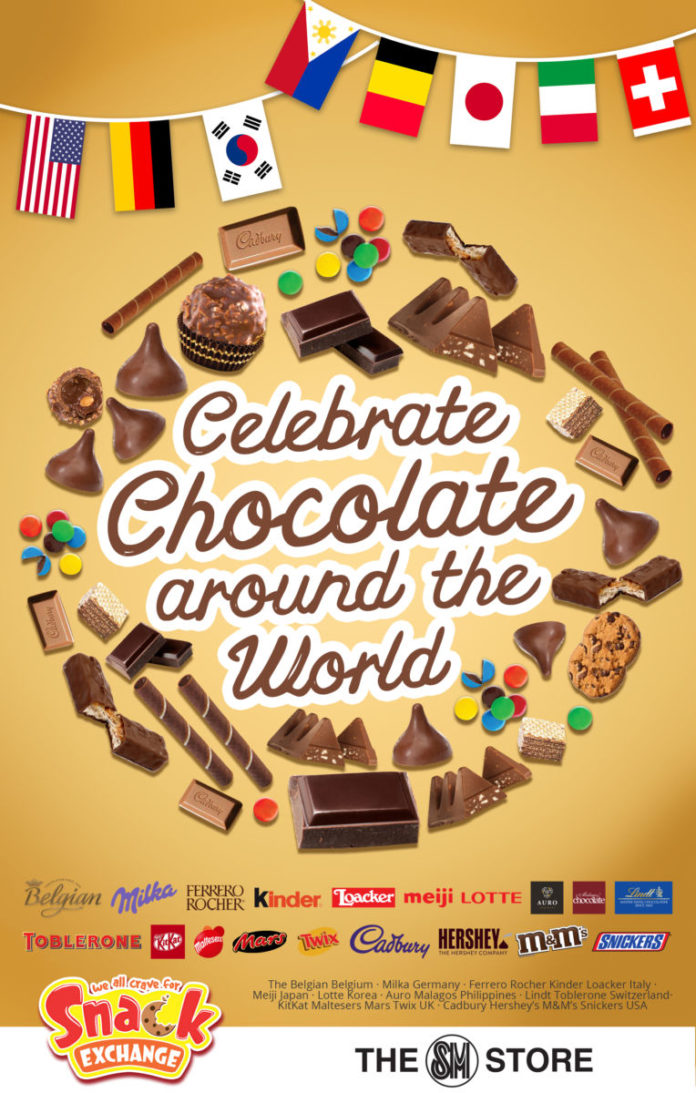 Chocolate is long considered as a “food of the gods,” a delicacy of the elite, and believed to be an aphrodisiac and energy booster in both mythical and medicinal cultures around the world. The world’s love affair for chocolates started around 5,000 years ago, and it has since evolved from what was once known as foods eaten only by the gods.

The same love affair continues at The SM Store Snack Exchange, your one-stop shop for all your snack essentials. Here you can find a wide variety of your favorite chocolates around the world: from cream-filled bonbon to praline; from signature melt-in-your-mouth chocolates to single-source dark chocolate bar; even colorful chocolate candies and fruits dipped in chocolate—you can find all your chocolate cravings here!

To give you an insight on what’s in store for you, take a chocoholic’s tour of the world through the Snack Exchange’s chocolate selection, and discover the different delightful and innovative ways each country celebrates chocolates: