Expounding on the Xpander 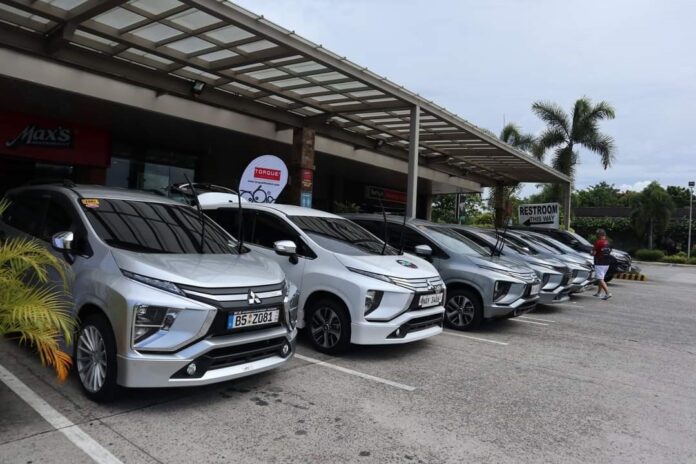 Owning a car is more than just knowing how it operates or what features it has over the competition. More often than not, car ownership is a deep personal choice that not only satisfies one’s needs but also one’s innate desires.

With a large selection of vehicles available in the market today, many are faced with the difficult decision of choosing the right car to buy. But for Mitsubishi Xpander owners, they couldn’t have made a better choice.

Styling has always been a key decision making factor for every car buyer. And while beauty may be in the eye of the beholder, more than 40,000 Xpander owners in the Philippines feel that Mitsubishi hit a home run with this Multi-Purpose Vehicle’s futuristic, yet highly functional, design.

For telecom employee Jimmy Virador, the Mitsubishi Xpander is as perfect as it comes. “For me, one good thing that made my Xpander unique is the design. It perfectly fits my lifestyle, even the interior is so comfy,” says the 50-year old founder of Club Xpander Philippines or CXP.

As one of the key figures in the club, Jimmy is quite upfront with the reasons on why he drives an Xpander today, “I bought the Xpander because of its outstanding features, the handling, the space, the performance and especially the looks.”

This same realization is what led Joshua Alviar, an administrative officer for an NGO, and general manager of Jezreel Farm, to fall in love with his Mitsubishi Xpander.  “The most memorable time I had with my Xpander was when I drove to Olongapo and Zambales one time. Everyone, as in everyone, was looking at me, or the car at least.” He adds, “I feel “pogi” everytime I go down from my Xpander.”

And like kindred spirits, more Xpander owners have come together with their own stories on why they chose Mitsubishi’s next-generation MPV over the rest.

As an MPV, the Mitsubishi Xpander provides the largest cargo space in its class. With up to 1,630-liters of volume available when the rear seats are stowed away, this three-row, seven-seater provides the ultimate in versatility for a myriad of uses.

US Telcom project manager and CXP member Kareen Michelle Nadado, swears by the Xpander’s ability to provide space for her family and pets. “It is spacious. Now my pets can travel at ease. Before they would just sit on everyone’s lap during travel,” says Kareen. She lives with her 5 dogs and now, because of the Xpander’s expandable cabin, she can bring along her mother and two sisters along with the pets, and do so comfortably, when needed.

This is seconded again by Joshua. “The feature of the Xpander I like the most is the size of the cabin… it is huge,” declares the 41-year old family man. He further explains, “It is helpful for transporting people for our NGO and vet medicines for our poultry farm. Given that I only drive it myself most of the time, the 1.5-liter engine would suffice and is good enough for gas consumption.” Certainly the Xpander’s MIVEC (Mitsubishi Innovative Valve timing Electronic Control System) DOHC 16-Valve engine, and its 105PS of power and 141Nm of torque, plays a crucial role with its performance.

The Mitsubishi Xpander’s features and performance are not lost to those who put a premium on the value of their hard-earned peso. The Xpander is packed with clever details such as telescopic steering adjustment, multiple bottle and cup holders and storage bins, three 12-volt outlets with one for each row, a smart information display that monitors your driving style for  the best fuel economy, a reverse camera, keyless entry, and a 7-inch touchscreen infotainment system with navigation. All these amenities combined with a stylishly laid out interior that balances design with functionality, all make for an ideal everyday ride for seven.

“Before, I thought Mitsubishi cars were expensive because of their luxurious styling, adds Kareen. “But when I saw the Xpander itself and its price, I fell in love with it and thought that it was very affordable for its design, style and features.”

Jimmy notices one unique component that the Xpander’s competition does not have. “The feature I like the most is the cruise control. It gives me the most relaxing driving experience whenever I drive on the expressways.”

And for Jojo Reario, a 44-year old project director for a prominent land developer, the Xpander ticks the right boxes for the money he spends for it. “The Xpander is  reasonably priced with a low monthly premium for a 7-seater MPV,” relates the head of a family of five. “But the big deal about it, is the car-like chassis of the Xpander that provides the comfort of a car in an SUV.” He adds, “The Xpander may look like a small MPV on the outside, but inside it is more spacious than any other MPV in the category.”

It is no surprise then that in the last two years, Xpander owners have begun to realize and experience what they have been missing all along – the Mitsubishi desire to expand their customers’ horizons. Clearly, the Xpander’s game-changing interior space management and its intelligent set of practical features have transformed their perception of the brand.

Even long-time Mitsubishi owners are surprised with the Xpander’s modern definition of the MPV. “I chose the Xpander because of brand preference,” says Berwyn Arcal Pinpin, a 46-year old banker.  “I have been a Mitsubishi user from the Fuzion to the G4 and now, the Xpander. The Xpander justified my choice.”

And for Joshua, it was a newfound affinity for the brand. “When the Xpander was shown to me by my friend, I was in love again for the first time.” With a car, he hastens to add.

For Jimmy, it is all that he will ever look for in a car. “The Xpander gives me the comfort and all the features that I need. That’s why Mitsubishi is the best brand for me.” A belief shared by Club Xpander Philippines co-founder, Jojo, “The Xpander is the game changer in the MPV market.”

Designed by customers, made for customers. This is the Mitsubishi way.

To know more about the Mitsubishi Xpander, visit www.mitsubishi-motors.com.ph or contact your nearest Mitsubishi Motors dealership

End the year with a P365k discount on the Jeep Compass!

For the mileage we’ve been through this year, Jeep Philippines is giving out up to PHP 365,000 discount on the Jeep Compass this December....
Read more

The Manila International Auto Show remains to be the most anticipated motoring and driving event in the country. MIAS consistently gathers more than...
Read more

The Maxus D60 compact SUV is a bold statement that whatever challenges and difficulties we have faced this year, the exciting possibilities for the...
Read more

Changan Motor Philippines Inc., the official distributor of Changan vehicles in the Philippines, has brought a serious contender to the subcompact sedan segment that...
Read more