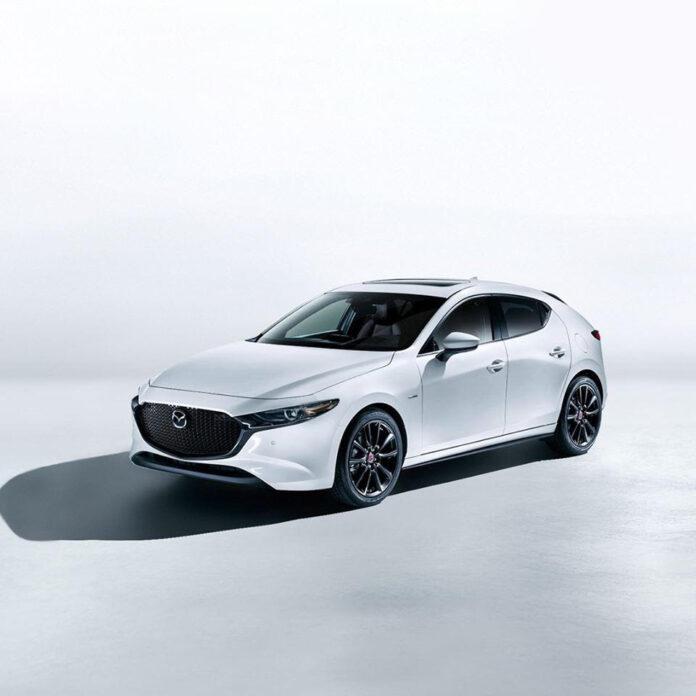 Only 700 units of various 100th Anniversary Special Edition Mazda models will be produced and sold around the world. Only 15 examples for the Mazda3, and 24 for the Mazda MX-5, will be made available to customers in the Philippines to mark this historic milestone. With the coming arrival of these commemorative models in the Philippines, the privileged few who will revel in the honor of celebrating a century of engineering innovation, design heritage, and driving passion with Mazda will surely be rewarded with a stunning collector’s masterpiece that is a hundred years in the making.

Inspired by the Mazda R360 Coupe, the marque’s first passenger car model, the 100th Anniversary Special Edition models sport a Snowflake White Pearl finish with red seats and floor carpets. The two-color retro motif represents the brand’s dream and Never Stop Challenging spirit that have been passed on from one generation to the next since the company’s inception as a cork manufacturer a century ago.

“For 100 years now, Mazda has remained true to its promise of making cars that defy convention,” shares Mazda Philippines president and CEO, Steven Tan. “As we celebrate a century of manufacturing, design, and engineering expertise, we also would like to thank our customers by letting them commemorate this milestone with us.” Tan adds, “By making these 100th Anniversary Special Edition models available in the Philippines, Mazda acknowledges the passion of our loyal customers. We wish to thank them for allowing us to create unique products that continue to brighten their lives.”

With these commemorative details, owners will surely be reminded of Mazda’s rich heritage and its long-time commitment to contribute to the world through engineering.

A tribute to 100 years of design and innovation

A car for the people, honed with cutting-edge technology. A fulfillment of many a drivers’ dreams and aspirations. Today’s Mazda3 is the modern-day interpretation of the dream that made the Mazda R360 Coupe possible.

With more than 6 million units sold globally since 2003, and more than 20,000 sold in the Philippines, the Mazda3 continues to be one of the most notable nameplates for pushing the envelopes of design, engineering, innovation, and direction for the brand.

Aside from the 100th Anniversary Special Edition adornments, the Mazda3 commemorative models are garnished with white interior trims and high-gloss black wheels to further set it apart from other variants.

Recognized with the World Car Design of the Year Award for 2020, the Mazda3 represents the pinnacle of Mazda’s Evolved Kodo: Soul of Motion design language. By resonating the Japanese aesthetic of less is more, the Mazda3 brings the brand back to its roots as a Japanese company rooted in a culture of simplicity and elegance.

Priced at PHP 1,570,000 with an optional Mazdaspeed body kit for PHP 75,000, the Mazda3 100th Anniversary Special Edition is a true representation of a century’s commitment to human-centric design and a rich heritage borne of culture and passion.  It is the everyday collectable for the most loyal of Mazda fans.

When Mazda set forth to create a lightweight sports car in the 1980s, it not only benchmarked the classic roadster design but also the inherent freedom driving one entails. With this industry-changing model, Mazda’s horse and rider as one philosophy, Jinba Ittai, came to the fore.

Since its introduction in 1989, the Mazda MX-5 has become the symbol of pure, unadulterated driving. With over one million units sold, it has earned the reputation as the most popular sports car in the world.

And in 2016, the fourth-generation MX-5 was recognized by esteemed motoring journalists around the world as the World Car of the Year and World Car Design of the Year winner. This was the first time in the World Car Awards’ 16-year history that one model topped both awards in the same year. It was a historic achievement that earned the MX-5 its flagship status for the brand.

The Mazda 100th Anniversary logo is embossed on the special edition MX-5’s red Nappa leather seat headrests and key fobs. Other commemorative embellishments include red carpets and floor mats to complete the two-tone retro theme, special Mazda 100th Anniversary badges on its front fenders and mattings, and the bright silver 17-inch wheels with the Mazda 100thAnniversary logo center caps. All these come together as the embodiment of the cherished ideals of the century-old Japanese brand.

The 24 examples of the commemorative roadster to be made available in the Philippines are equipped with the latest 2-liter Skyactiv-G motor producing 184PS and 205Nm of torque. They all feature a 9-speaker Bose® Sound System along with top-of-the-line features currently available in the MX-5.

Bermaz Auto Philippines, Inc. (Mazda Philippines) is the exclusive distributor of Mazda vehicles and parts in the Philippines. There are 20 Mazda 3S dealerships located across the Philippines and Metro Manila.

Maxus T60 markdown to maximize your home and business needs

Offering a discount of PHP 50,000 on all its T60 variants, the Maxus T60 markdown offer now gives hardworking Filipinos the chance to bring home...
Read more

The first modern PUVs in eastern Pangasinan were rolled out recently by the Tayug Pangasinan Transport Cooperative (TAPTRANSCO) as part of the government's transport...
Read more

The 2021 Santana: Built by Volkswagen, driven by You

The 2021 Santana packs the same features and amenities of previous models in an updated version of the 180 MPI AT S and the...
Read more