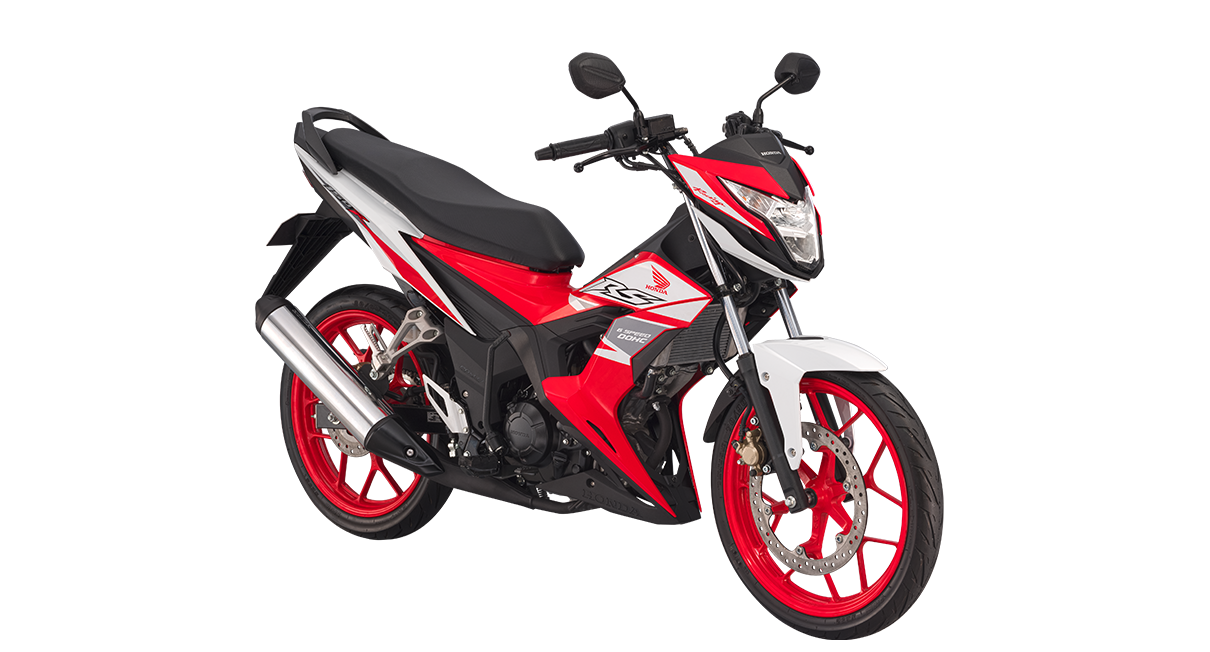 Honda Philippines, Inc. (HPI) concluded the 2017 motor sport season with the release of the new RS150R motorcycle variant at the 11th Inside Racing Grand Prix held at the Carmona Racing Circuit in Cavite last November 18.

HPI put its best racers on the new RS150R at the forefront event. As an addition, the company also released a new color variant for the motorcycle inspired by the CBR250RR and the CBR150R’s Honda Racing Red design.

The RS150R is equipped with features derived from Honda’s big bikes used in international racing circuits, particularly in MotoGP.

Its twin-tube frame has a short wheel base, a narrow handle width, a wide steering angle and a low seat which work together to give the motorcycle increased agility and better handling.

The RS150R runs on the new-generation, 150 cc, six-speed, DOHC, liquid-cooled engine which produces great power and fast acceleration at any gear position without sacrificing fuel-efficiency.

In terms of looks, the underbone keeps its signature aerodynamic LED headlights and its fully digital instrument panel. It also sports a chrome muffler, LED signaling lights and a clamped handlebar.

Since the new RS150R is expected to achieve great speeds on the road, Honda improved on its safety, equipping the motorcycle with a bank angle sensor which switches the engine off automatically before hitting the ground in the event of an accidental fall. The RS150R also gets tubeless tires and a larger diameter front disc brake for an even more secure ride.

To know more about Honda and its racing events, go to www.hondaph.com.