Yamaha MIO: Own the culture

4 May 2021
Featured NewsYamaha MIO: Own the culture 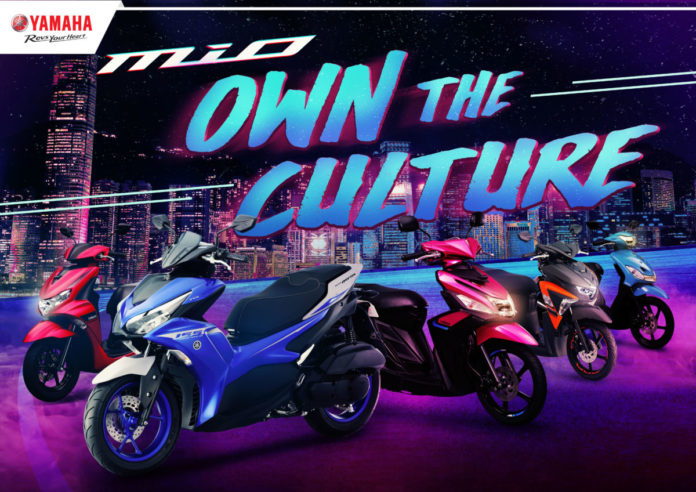 The MIO Culture started way back in 2007 when Yamaha introduced the Automatic Lifestyle to the Philippines. Since then, the AT community has grown and established the brand together with a strong customer relationship. The Yamaha Mio has brought a different riding taste to every Filipino and offered multiple hues of motorcycles with a combination of world-class signature technologies. Throughout the years, Yamaha has been dedicated to giving the feeling of uniqueness through MIO motorcycles, opening the world of AT Riding Lifestyle.

Everyone has their passion. Some may love vibrant works of art that bring out their inner peace, and some may prefer action-filled activities to unveil their strength. The way we do things defines who we are and, in Yamaha, there’s an evolving culture for every rider that has been around for a decade and more – the Yamaha MIO.

But just like any other culture, ours was also meant to change. Each year there’s always a new set of trends defying the current standards, whatever is cool last year may no longer be relevant today. However, as evolving culture, Yamaha MIO was designed to be the leader of its class. The newest Mio Campaign says it all; Own the Culture breaks in the opportunity for everyone to be part of the world we created and start their own trend.

The newly launched Yamaha Mio Motorcycles offer a new set of C&G and features that give everyone an array of choices. The culture that has the power of independence and innovation is still here and can only be brought to you by Yamaha. Now, it’s time to be part of it, take a ride, and own the culture.

The all-new Bajaj RE three-wheeler

8 reasons why XM online trading is the ideal platform