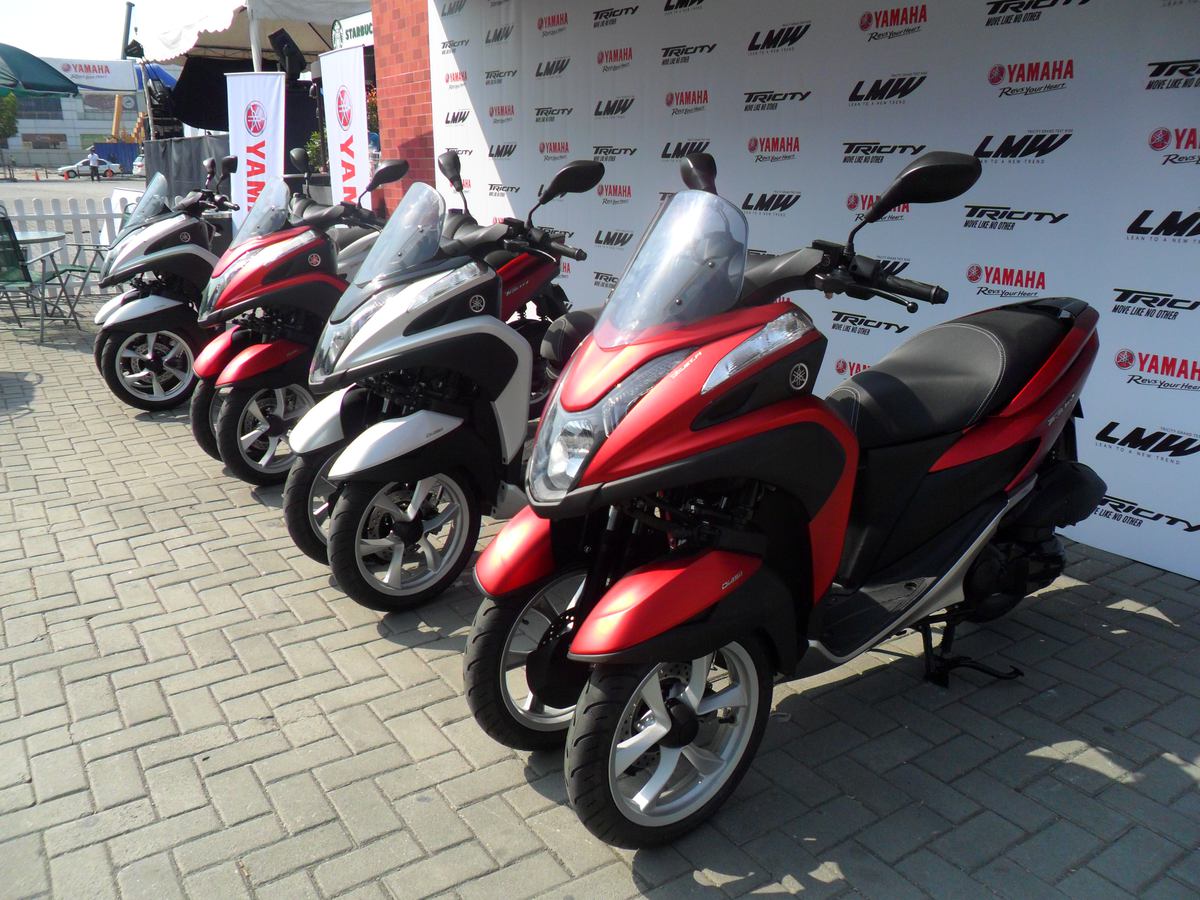 The Mall of Asia Concert Grounds was the place to be for motorcycle lovers last January 24 and 25 as Yamaha Motor Philippines, Inc. (YMPH) officialy debuted the unique Tricity multi-wheel bike. Meant as the next step up from regular two-wheeled city plyers, the Tricity is boasted to be an efficient and practical ride that not only looks good, but also performs great.

Themed “Lean to a New Trend”, a large portion of the area was transformed into an obstacle course where the public got to test ride the Tricity through a slalom, wet pavement, as well as over hills, speed bumps, humps, and rough surfaces.  Those who wanted a hands-on experience with the Tricity were introduced to the bike and its features, as well as given briefing and equipment at a Yamaha Rev Station. 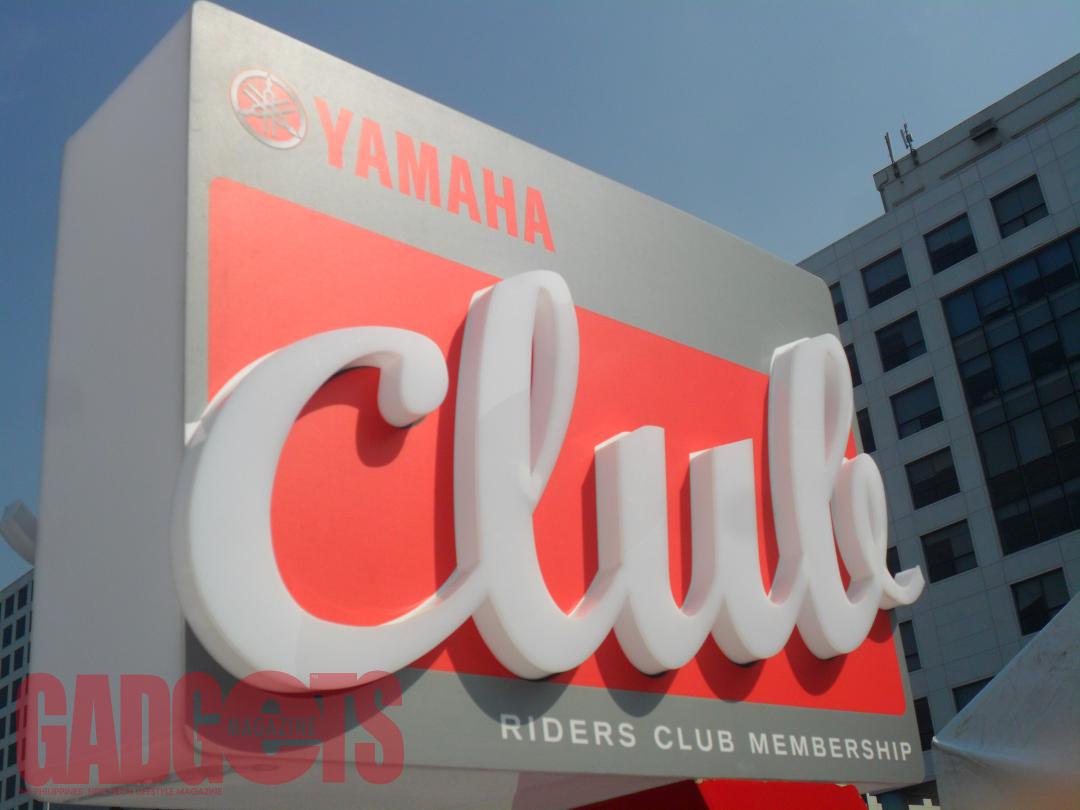 Besides the track area, the venue also had a registration area for those who wanted to be a member of the Yamaha Club. Incidentally (or not), Yamaha riders were also some of the first people on the scene. 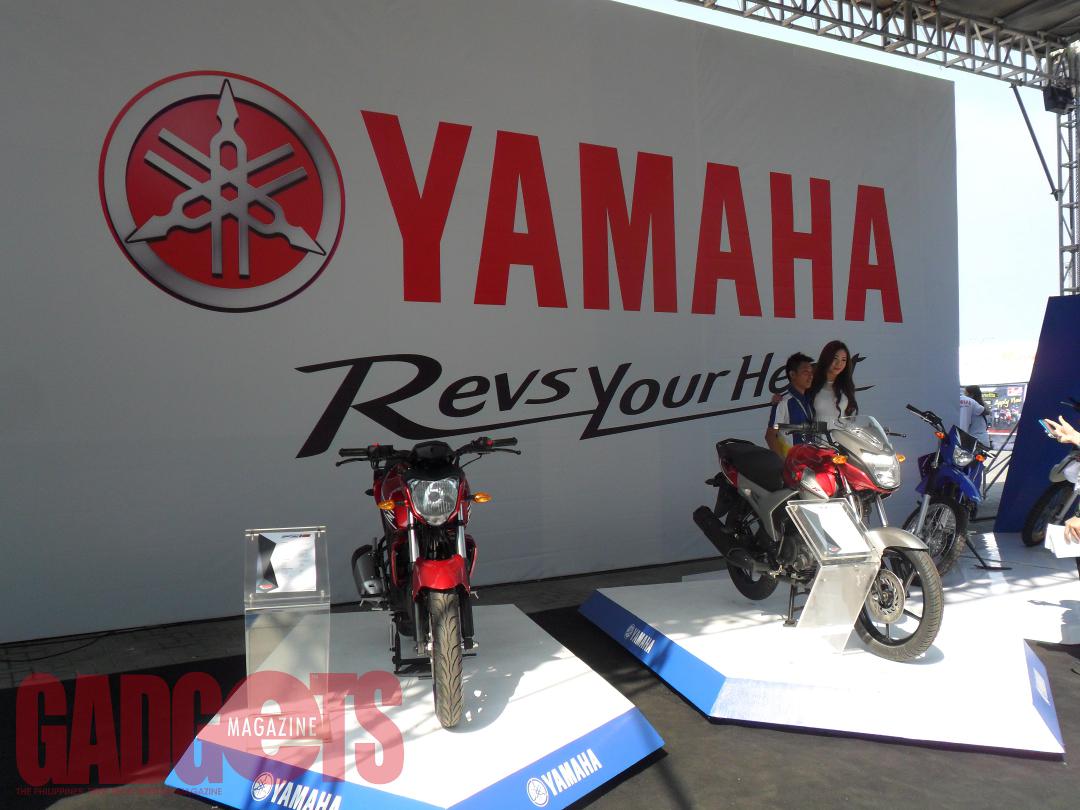 Various other Yamaha bikes and merchandise were also on showcase.

Aesthetically, the Tricity takes the form of a big scooter with the stand of an isosceles triangle courtesy of two tires up front and one at the back. Theoretically, this should lead to a more stable ride with responsive turns since it has more surface in contact with the ground. A Parallelogram Link connects the two tires—each with its own independent suspension—allowing completely parallel leans. The suspensions are of the Cantilevered Telescopic kind, with the rear set tubes taking the brunt of shocks and the front set tubes keeping everything on track. The deep 90mm stroke promises excellent damping force across all kinds of terrain.

Its engine has a 125cc displacement for powerful revs, while stopping is handled by a Unified Braking System. Each wheel has its own disk brake and when the left brake lever is squeezed, the rear discs are applied and an equalizer also applies a good balacing force to the front stoppers. Meanwhile, squeezing the right-hand brake lever applies only the front brake pair.

Due to its two-wheeled front and single-wheeled rear, the Tricity is able to offer a unique yet natural movement thanks to its Leaning Multi Wheel (LMW) system. This enables the front wheels to adjust to any road surface while providing stability for the rider.  When turning, the front pair of wheels remain in contact with the ground even as the rider leans.

The Yamaha Tricity was first seen by the markets in Thailand, Japan, and Europe. It comes to the Philippines with a price tag of PHP 146,000 and color options of matte red or white.

Check out more event photos below!