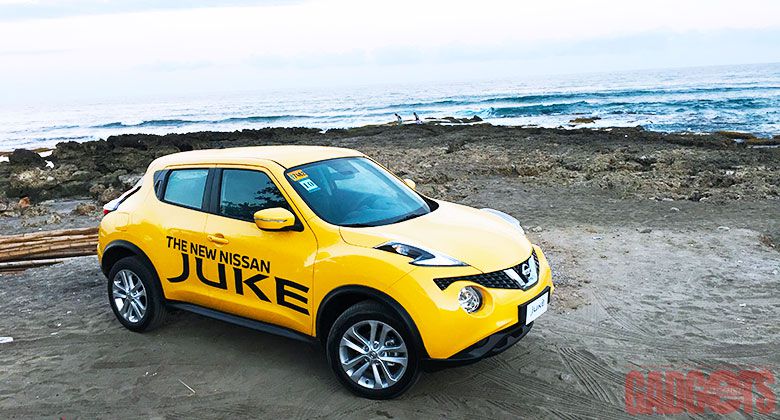 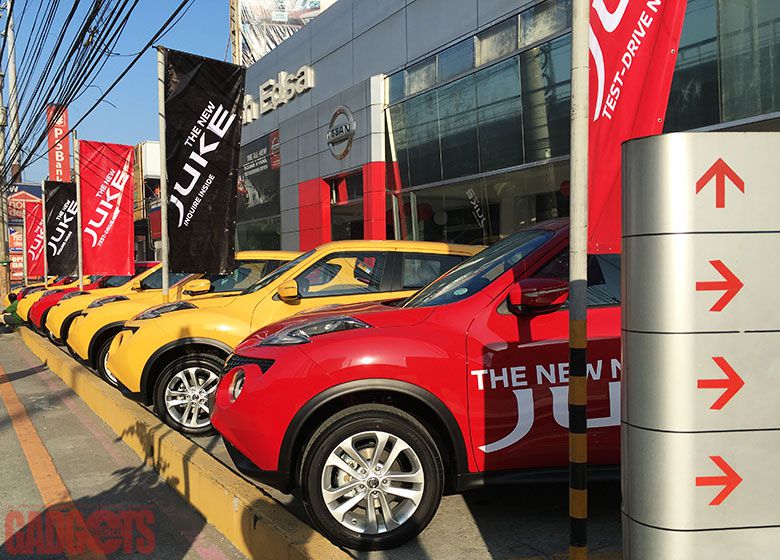 The morning started with breakfast at the Nissan North EDSA dealership where twenty brand-new Jukes were waiting for the media participants who were eager to get behind the wheel of Nissan’s new subcompact crossover. After the announcement of the groupings, the vehicles were loaded, and then flagged-off to begin the fun to the surfing capital of the North. 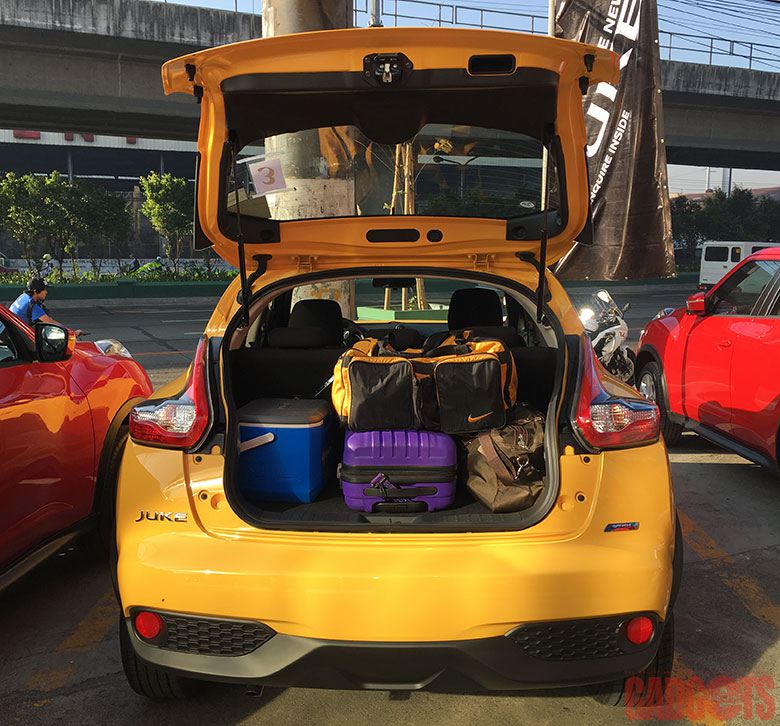 The first scheduled pit stop was the Petron Lakeshore station in Mexico, Pampanga. Since it was the first time we got to drive the vehicle that far, we took the opportunity to play with it’s Integrated Control System (I-CON) that adjusts the vehicle’s performance with a touch of a button. The three drive modes – Normal, Sport, and Eco— that can be engaged anytime, controls the Juke’s steering, transmission, and throttle response. 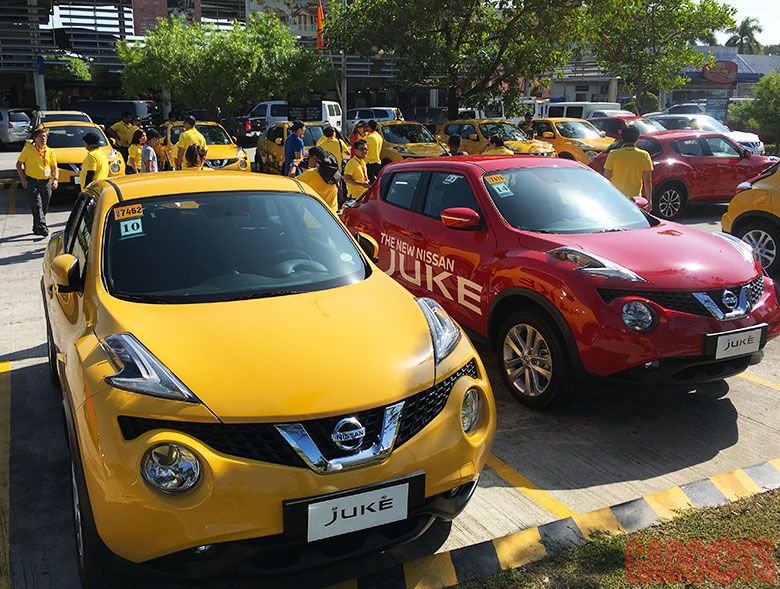 After a short regroup and driver change, we readied ourselves for the longest leg of the trip that would take us to Agoo, La Union, passing thru the SCTEX, TPLEX, and the Manila North Road. The Juke’s on you (pun intended, of course) if you think that Nissan’s newest baby is a slow poke because, given the chance to stretch its legs, it really burned rubber. But while the others were gunning their engines, pushing the Juke’s HR16DE 1.6L DOHC gasoline engine to its hilt, our car was chill and kept to the speed limit making good use of the Juke’s cruise control function. And though we noticed that our Juke tended to prefer high revs before shifting, it proved to be steady and surefooted and felt very solid on the road. 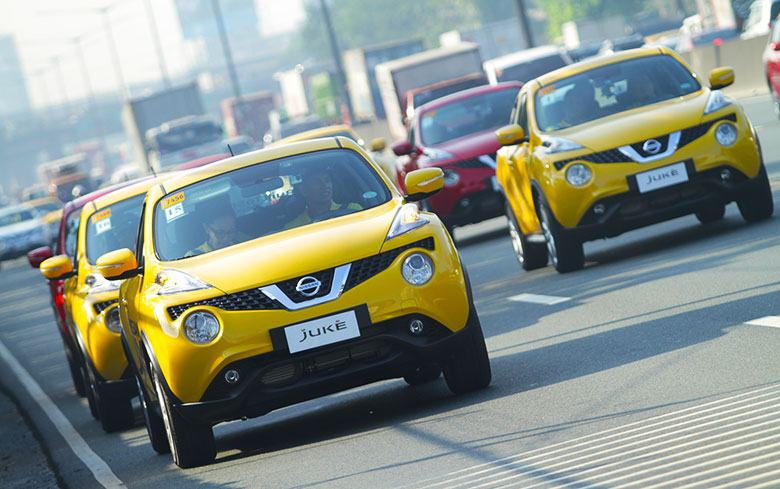 Despite missing a detour and even picking up another stray Juke along the way, we joined the rest of the group at the lunch venue, where literal heart stoppers awaited us. Lunch at Makkan Ilocano restaurant was a spread of delicious local delicacies, the type your cardiologist always warns you to stay clear of. 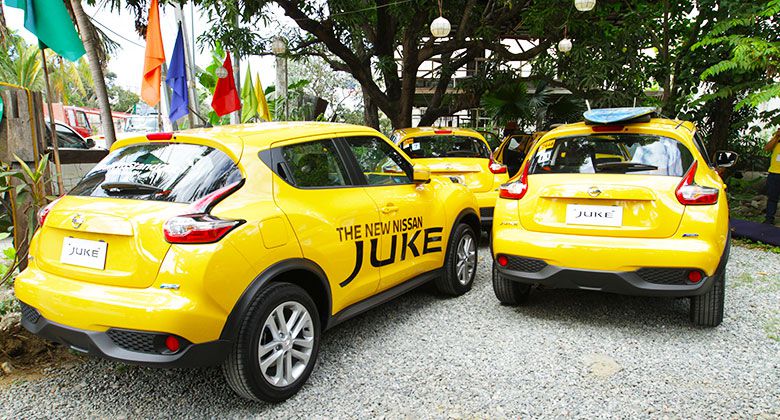 After lunch, it was time to hit the road again for the final leg of our journey. Typical of most provincial highways, the streets of La Union were tight, and peppered with various types of vehicles, mostly tricycles, lording over the road. The Juke’s compact size and agile handling made weaving through the traffic an easy chore. In less than an hour’s time, we arrived at our home for the night, which was the quaint Kahuna Beach Resort and Spa, in San Juan, La Union. 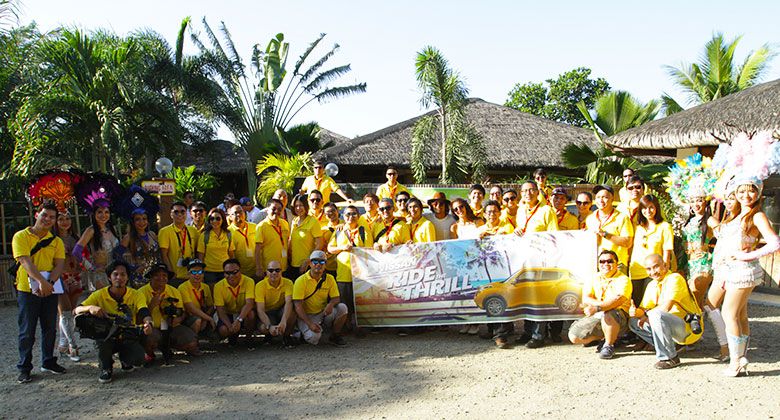 The day culminated with dinner and entertainment on the beach, where they announced the winners of the social media contest, and held an open mic of sorts for participants to share their singing prowess. Everyone was encouraged to let their hair down, including Toti Zara, NPI’s president and managing director, who set the tone of the party by walking around barefoot to maximize the beach experience. With the wind in our hair and sand between the toes, the beach was a fun place to be, as our bunch (of non-professional singers) entertained not only our co-participants of the event but also the guests from the neighboring resorts. 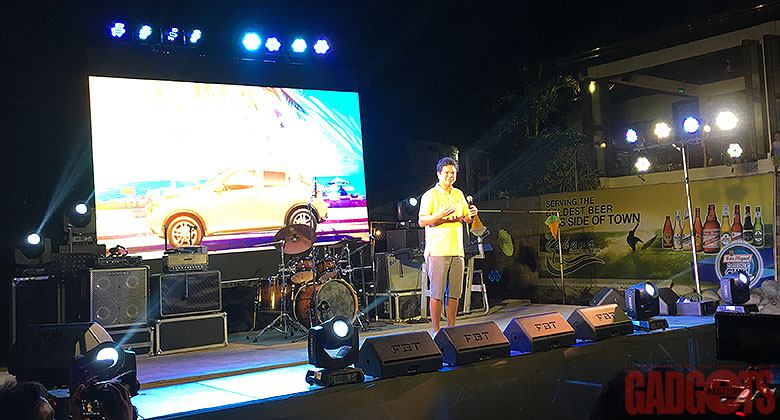 The following morning, despite the late night of fun and games, the young ones and the young at heart woke up early and hit the beach to learn surfing basic with award-winning pro surfer Luke Landrigan and Nikki De la Paz whom Nissan brought in to share their expertise. 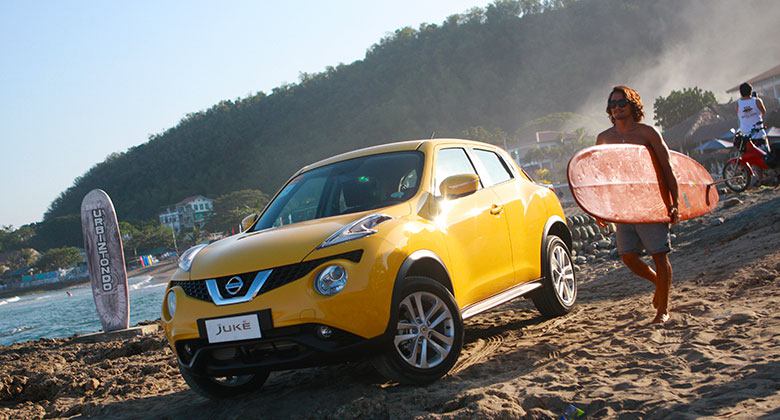 “The new Nissan Juke is built to thrill and is designed for those who can handle attention,” said Zara. “It is for people who want to stand out,” he added. And stand out you will, is what we learned with our brief stint driving the Juke. With its unconventional styling and loud colorways, people we passed doing double takes was a common occurrence. 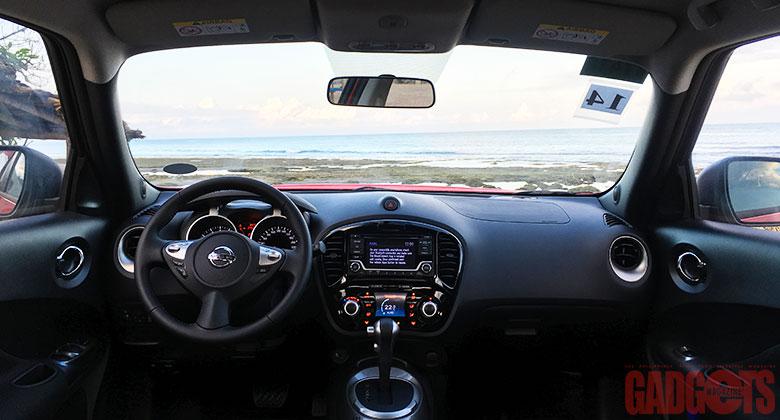 While the Juke’s legroom is on par with the others in its segment, its wider cabin was well appreciated. This was especially true when we gained an additional passenger on our more than five-hour trek back to Manila. The climate control function also came in handy for the non-drivers who snoozed in the back seat, tired from their morning surfing the waves. 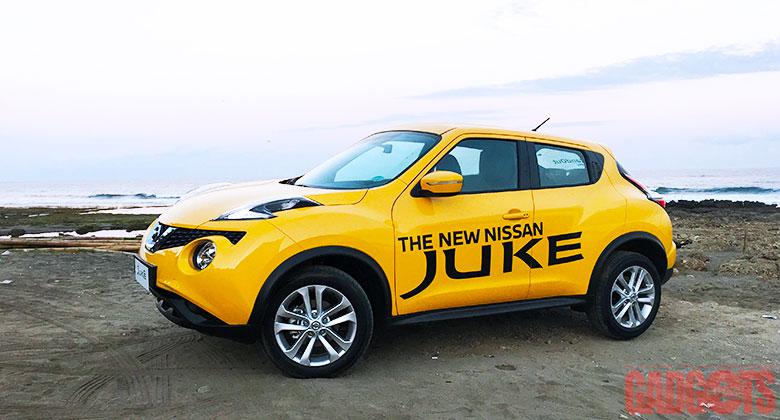 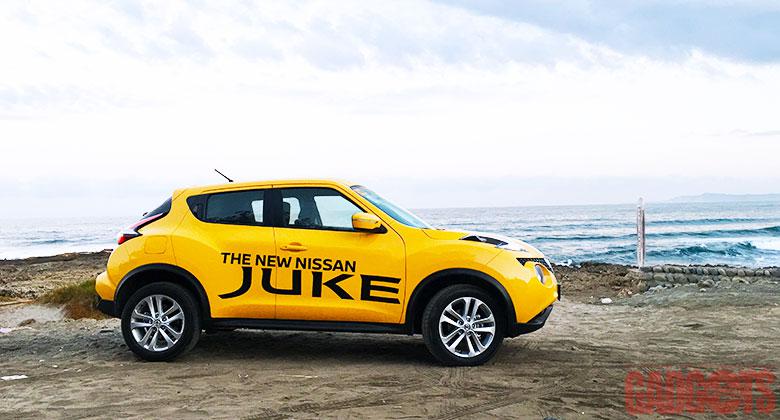 Nissan wasn’t kidding when they said that the Juke was a fun vehicle. Just looking at its shape and its happy colors bring a smile to anyone’s face. With its combined toughness of an SUV and the dynamism of compact sports, it’s no wonder that it has sold well in Europe and in other markets. 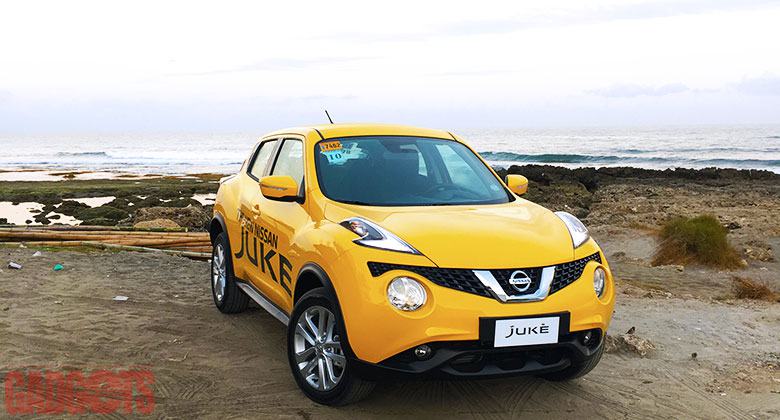 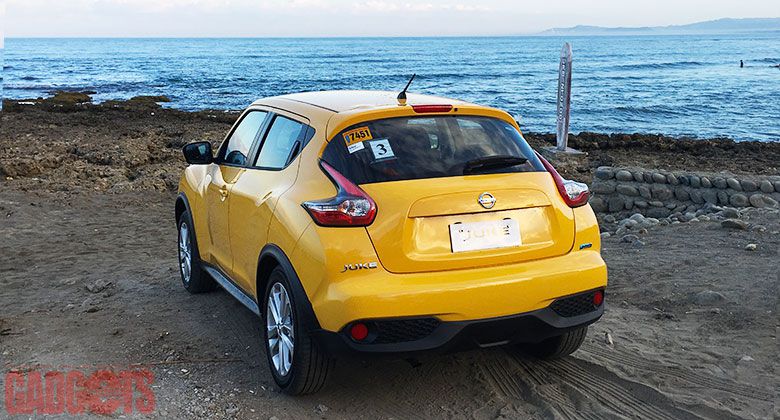 The Nissan Juke is now available at all Nissan dealerships and is priced at PHP 980,000. Available colors are solar yellow, red alert, pearl white, and black obsidian. 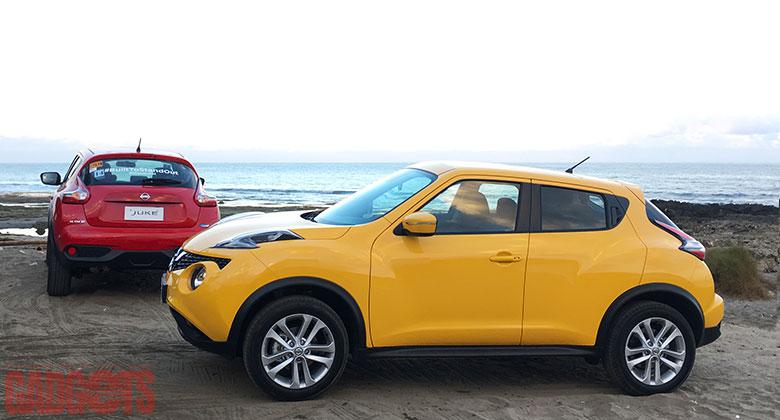 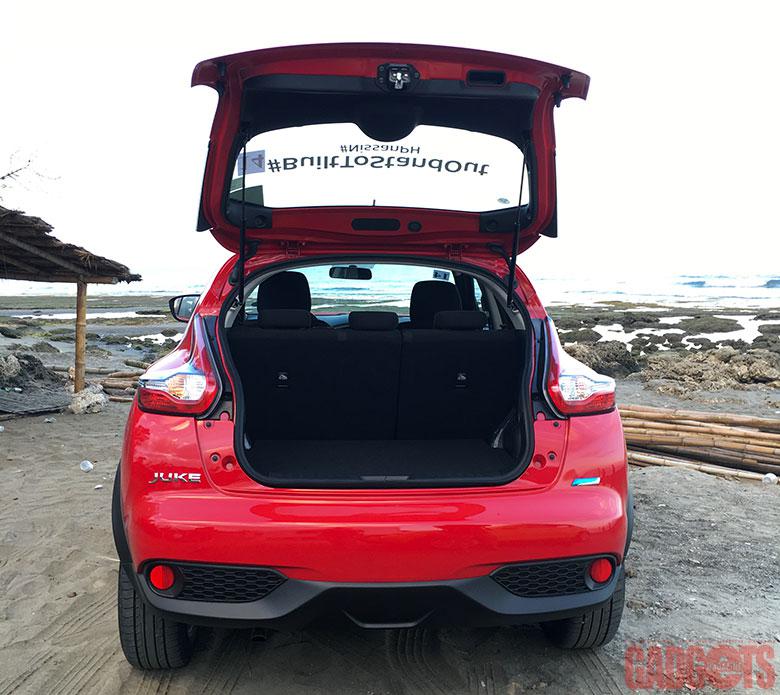 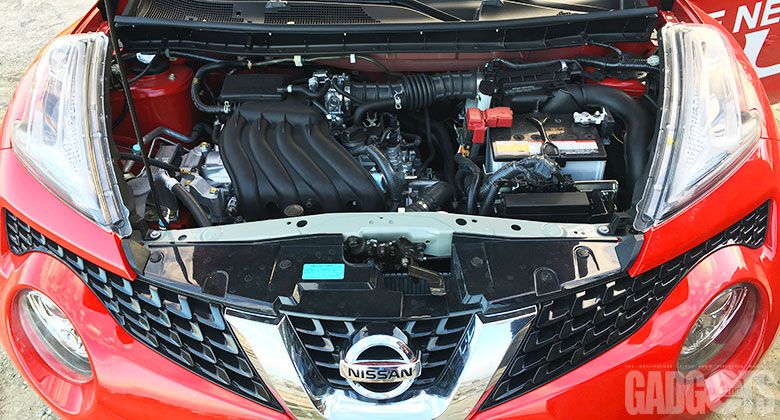