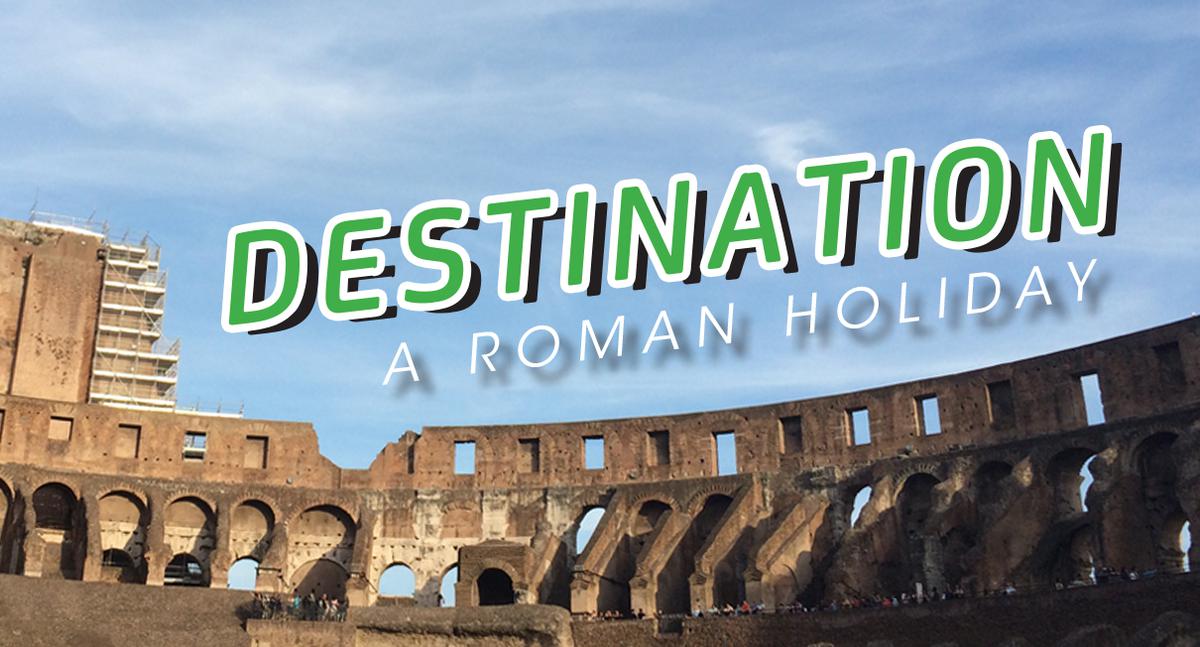 Rome is called the Eternal City.  If you think about it, Rome has lived up to its name for even after more than 2500 years since it was founded, it continues to thrive and remains to be one of the most interesting cities in the world.

Year after year, visitors go to Rome not only once but several times if they can. Why? Because of all the popular European destinations, I think that Rome has the most to offer: it has history that goes back over two millennia, art by the great masters at every turn, delicious cuisine, fabulous shopping choices, amazing architecture, and to top it all, it has the Vatican.

Rome has so many beautiful sights to offer that it is literally a film set. The center of Rome is full of iconic sites that we’ve all seen on TV or in movies: the Spanish Steps, Piazza del Popolo, Trevi Fountain, Piazza Navona, the Pantheon, and Castel Sant’Angelo just to name a few.

For several generations now, people around the world travel to Rome to see places featured in movies up close and personal. This is really why places like the Spanish Steps or the Trevi Fountain are jam-packed with crowds just milling around and taking pictures. Tourists patiently line up near the entrance of the nondescript Santa Maria de Cosmendin Church for a glimpse of the famous Bocca della Verita, which was featured in the classic movie, “Roman Holiday” starring Audrey Hepburn and Gregory Peck. Some are even willing to pay a fee for a chance to put their hand inside the mouth of the lion bust and have a photo taken. 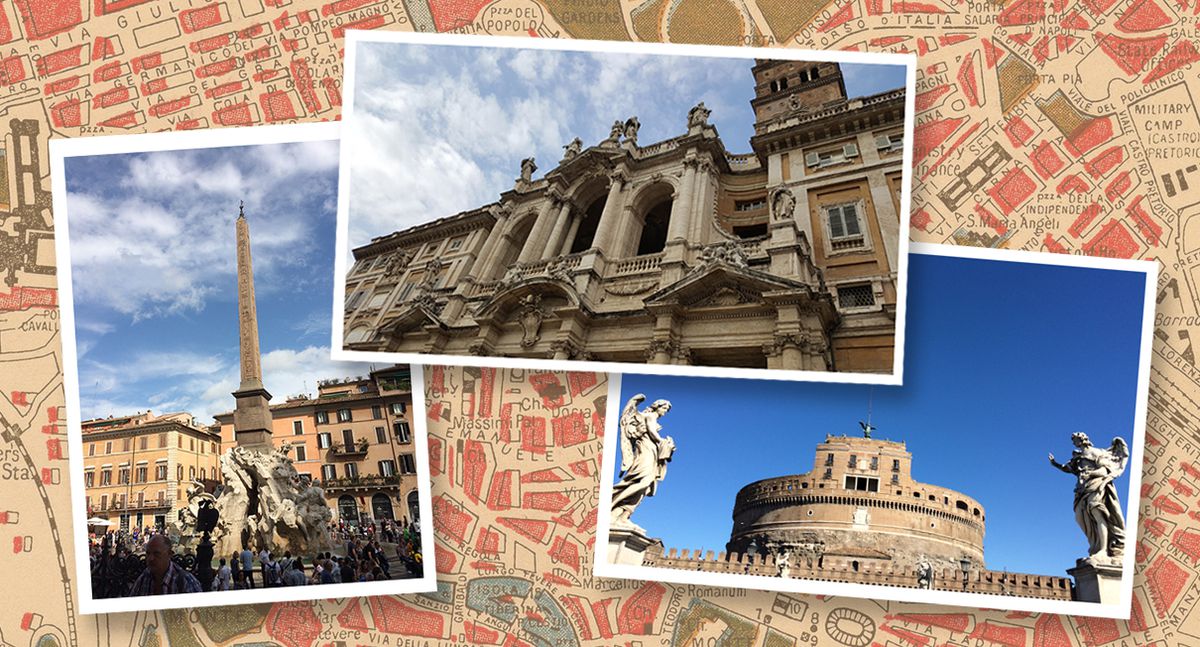 Nobody can deny that Rome is an exciting city to visit whether you are young or old. For the young, it can be a place to meet new people as they explore the sites; meanwhile, older people who want a slower pace can enjoy its laid back vibe with short stops in outdoor cafes or pause for a gelato or Pompi’s famous Tiramisu.

But I have to say this, to fully experience Rome, be prepared to walk—a lot.

If you’re Catholic or a Christian, it is worth visiting the four major Basilicas: St. Peter’s, St. John Lateran, Sta. Maria Maggiore, and St. Paul Outside the Walls.

Even if you’re not Christian but are passionate for art, you must visit St. Peter’s Basilica, to take in the awesome ambiance of St. Peter’s Square and wonder at Bernini’s Colonnade. And, you have to visit the Vatican Museum and the Sistine Chapel with Michelangelo’s ceiling.

We suggest you set aside at least two days for your Vatican visit. Make sure that you visit the Basilica separately from the Museum and Sistine Chapel, otherwise you’ll either miss a lot of things or you won’t be able to walk the next day.

If you’re in the vicinity of the Vatican and you want to do some shopping, go to Via Borgo Pio for good quality leather goods at reasonable prices. If you want to buy religious articles and souvenirs, go to Comandini S Srl, which is also on the same street at No. 151—they have a wide variety of items and their goods are much cheaper than those in stores located near the gates of the Vatican.

Pope Benedict XVI once said that: “The only really effective apologia (defense) for Christianity comes down to two arguments, namely the saints the Church has produced and the art which has grown in her womb.” 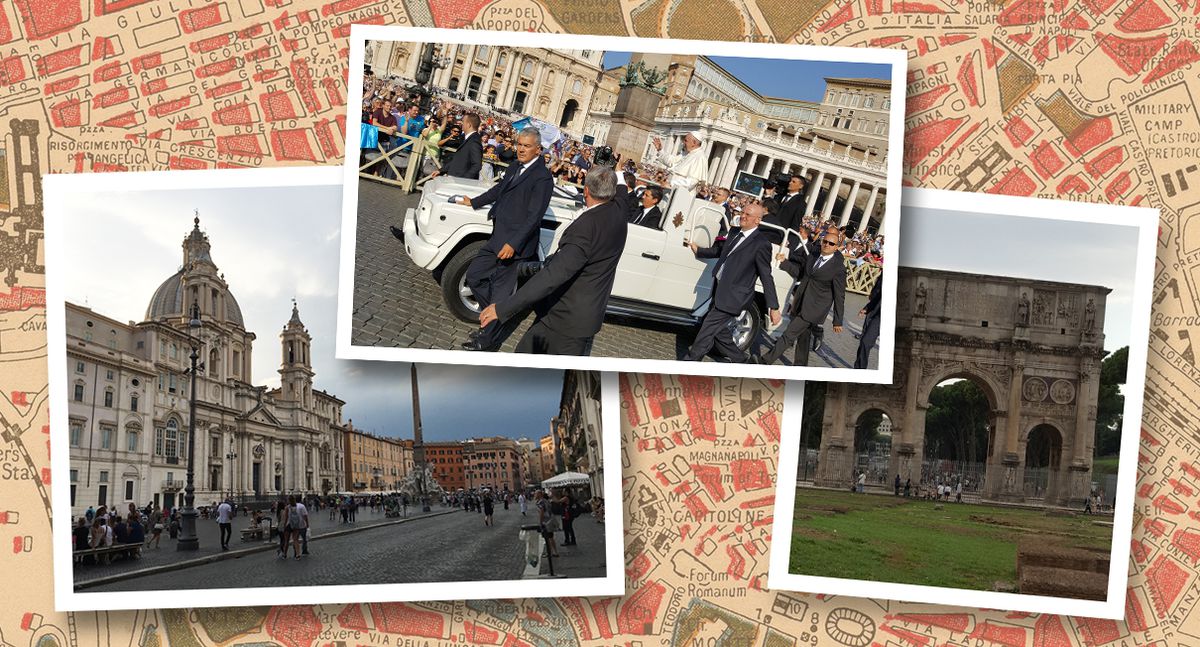 You will see what he means when you visit the Basilicas which are full of amazing works of art featuring the saints who lived out their faith in God with heroic fervor.

The Basilica of St. John Lateran is a great cathedral full of works of art by the masters, and  is awe-inspiring in a different way from St. Peter’s Basilica. Just across St. John Lateran is the Scala Santa. The stairs are said to be the ones Jesus climbed after he was scourged and are said to have droplets of his blood. Devotees climb the stairs on their knees.

St. Paul Outside the Walls is huge! It is not as ornately decorated as St. Peter’s Basilica, and has an Eastern feel. Aside from the gigantic sculptures of the Saints, it also contains St. Paul’s tomb and the chains that bound him when they arrested him. There is a bookstore on the side of the church where you can buy more souvenirs, and a cafeteria for when you need to take a break.  Depending on the timing, you may get lucky and hear the monks chant their midday prayers.

The Basilica of Sta. Maria Maggiore is the cathedral dedicated to the Blessed Virgin Mary.  One of the relics inside the church is said to be Jesus’ cradle. The great sculptor, Bernini is buried inside this church at his request, indicated by a very ordinary floor marker on the right side of the altar.

If you love the work of Bernini, you must see his greatest masterpiece: The Ecstasy of St. Teresa which is in the Cornaro Chapel inside the Church of Sta. Maria della Vittoria on Via 20 Settembre.  If you want to visit in the morning make sure you get there before 11:00 because the Carmelite monks close the church at noon and open it again at 3:30 in the afternoon.

Religious sites are just one facet of Rome.  You will also want to see the Roman structures like the Colloseum.  You can get discounted tickets if you buy a combination ticket for the Colloseum and the Forum. Exploring both will take one whole day as the Forum complex is huge. Wandering around the Forum will let you learn about how Rome was during the time of Caesar. You will even see where they killed him. You will also see how they lived two millennia ago when you visit the houses that have been excavated through archeological digs of the area.

There are so many interesting places in Rome that even a week may not be enough to see all the sites—and then there are the other cities like Florence and Venice in the north; Naples, Capri and its Blue Grotto, and Sorrento including the archeological digs at Herculaneum and Pompei, and the famous Amalfi Drive in the south. It’s no wonder people return to Italy again and again.

CTEK is all you need for a worry-free motoring lifestyle