Help Rakuten Viber alleviate hunger in the midst of COVID-19 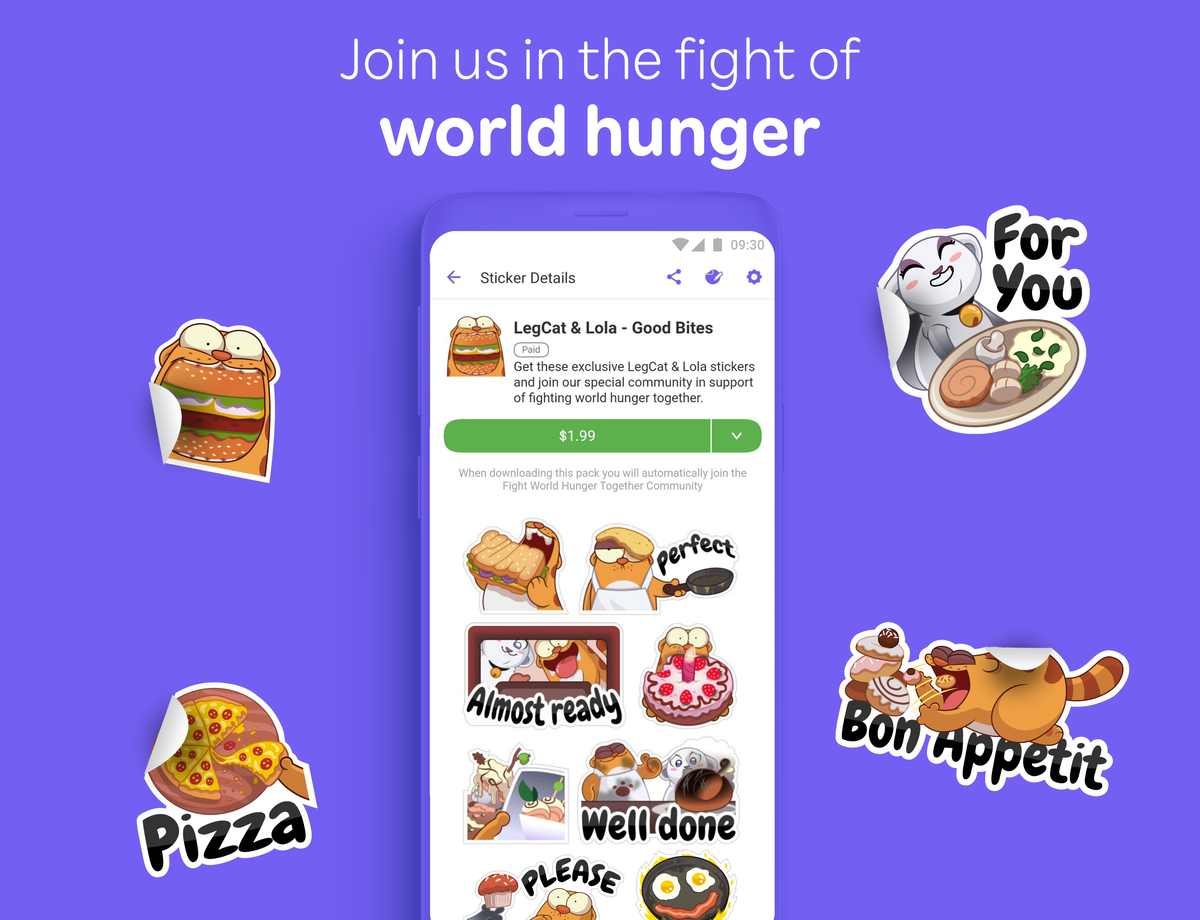 In the wake of widespread COVID-induced food shortages, world hunger has become an even more pressing issue. Rakuten Viber, one of the world’s leading messaging apps, is taking a stand with various organizations to help respond to those in need with a brand new sticker pack and a community dedicated to the cause. This initiative brings together users, employees, and humanitarian partners such as the Food and Agriculture Organization of the United Nations (FAO), International Federation of Red Cross and Red Crescent Societies (IFRC), World Wide Fund (for Nature) (WWF), UNICEF, U-report , and U.N.Migration.

COVID-19 has disrupted nearly every institution and industry, including the food supply chains necessary to sustaining human life. At least 265 million people are at risk of going hungry in 2020, according to an estimate made by the UN World Food Programme (WFP) in April. That’s nearly twice as many as last year.

Meanwhile, in the Philippines, a recent survey conducted by the Social Weather Stations reported that around 5.2 million Filipino families experienced moderate to severe involuntary hunger at least once in the past three months. This is the highest hunger rate recorded since 2014.

Reversing the downward trend literally means saving lives, and Viber empowers its users to be a part of that mission. Through the app, users can download the exclusive LegCat & Lola – Good Bites sticker pack, the proceeds of which are donated to charities committed to ending hunger.

After downloading the stickers, users are automatically added to the Viber-owned Fight World Hunger Together community. The community aims to educate users on the hunger crisis, informing them of how changing eating, shopping, and cooking habits can reduce food waste and help vulnerable people have more stable access to food. The content will be managed by Viber’s humanitarian partners, who have their own channels on the platform, too.

Those who can’t donate at the moment can still support the cause by directly joining the community and inviting family and friends to do the same. Viber has pledged that once the community reaches 1 million users, it will donate US$ 10,000 towards the cause.

“The world is changing more rapidly than ever, and COVID-19 is making vulnerable populations even more vulnerable. One of the biggest challenges the pandemic presents is global food shortages and growing hunger, and Viber can’t sit idly by and do nothing about it,” said Djamel Agaoua, CEO of Rakuten Viber.

Join the cause and be part of the Fight World Hunger Together Viber community.