With the increasing pervasiveness of the Internet in our daily lives (internet-enabled refrigerator, anyone?), it was only a matter of time before the smart wave crashed down on our vehicles. While there was a time when the best consumers could get was an in-car entertainment system with A/V ports for anything from cassette tapes to game consoles, getting anything less than a properly-executed hands-free telephony system now seems like a total waste of cash.

Now more than ever, vehicle connectivity is almost as important as, if not totally equal to, raw performance. Horsepower has to be matched with features that won’t leave anyone wanting, whether they be a casual or hardcore techie. In fact, according to a 2013 research commissioned by B2B cloud company, Covisint, customers are putting further premium to in-car technology that enhances their connected lifestyle.

The paradigm that once had the vehicle at the focal point of the motoring experience has shifted. Covisint noted that due to how other devices outside the automotive industry have set the standard for a digital and always connected lifestyle, customers have high expectations of the connected vehicle; an expectation that current mid- and top-trim model year nameplates have been trying to meet.

The most obvious development in car connectivity has to do with the in-car entertainment—and in some models, infotainment—system. Besides being able to tap into AM and FM bands, most also feature Bluetooth connectivity allowing you to stream multimedia from your phone, read messages,
take calls, as well as access optimized version of apps such as Pandora, Aha Radio, iTunes Radio, Apple Messages and Maps, Google Maps, and Spotify. These systems also run on their own operating system, either factory installed by the OEM or through third-party solutions like Apple CarPlay and Android Auto.

Backing up the infotainment system is the GPS navigator that, like the former, can be pre-installed or be aftermarket. Pre-installed ones usually require a trip to the manufacturer once a year for map updates, while those off the shelf can be updated by plugging them into a computer.

These standard features have a whole lot more in store for future drivers and passengers; things that will inevitably help cut down on time fiddling with knobs, as well as shorten time on the road. The most exciting ones definitely seem to be embedded connectivity and enhanced route planning. Though it still hasn’t found its way into the mainstream Philippine market, cars with built-in internet connectivity using telecommunications have been popping up overseas. In this always-connected mode, the vehicle functions as an internet hotspot, enabling access to online services without the need for a phone.

Couple this with smarter GPS systems—those that can learn new routes and AT shift points based on your driving habits, calendar schedule, traffic and accident feeds, as well as feedback from other drivers—and you have a car that will take you from point A to point B quickly and painlessly.

Outside of current-gen vehicle technology, the one thing that we all have to look out for is the Internet of Cars (IoC). Mention this and “self-driving cars” will surely be one of the top-of-mind phrases people will think of. Most car companies are already in on the hype, developing their own prototypes and facilitating tests on both private and public roads. The process has been impressively rapid, and experts predict that there will be around 10-million fully autonomous vehicles on global roads by 2020.

The baby steps towards that future have been likewise impressive. Cars that automatically park themselves are almost completely fool-proof; valet-like cars that drive themselves to you from a parking slot are seeing progress; and the idea of cars that can literally talk to each other is slogging its way through legislation.

The backbone of these feats—GPS, radar, internet connectivity, and historical topographic data—opens up new digital opportunities for safety, business, and everything in between. On the business side of things, analysts are predicting a personal assistant-like relationship between buyer and car, where any queries can be answered a la Siri, Cortana, and Google Now. Got the munchies whie on the road? Ask your car where the nearest fast-food place is, and it’ll automatically give you a list, complete with routing, traffic details, as well as pricing. See some tires you like? Your car will scan them, then scour the Internet for pricing and compatibility. Need to pee? It’ll point you to the nearest tree. Or gas station. Your call. (Please choose to pee at a gas station. -Ed.) 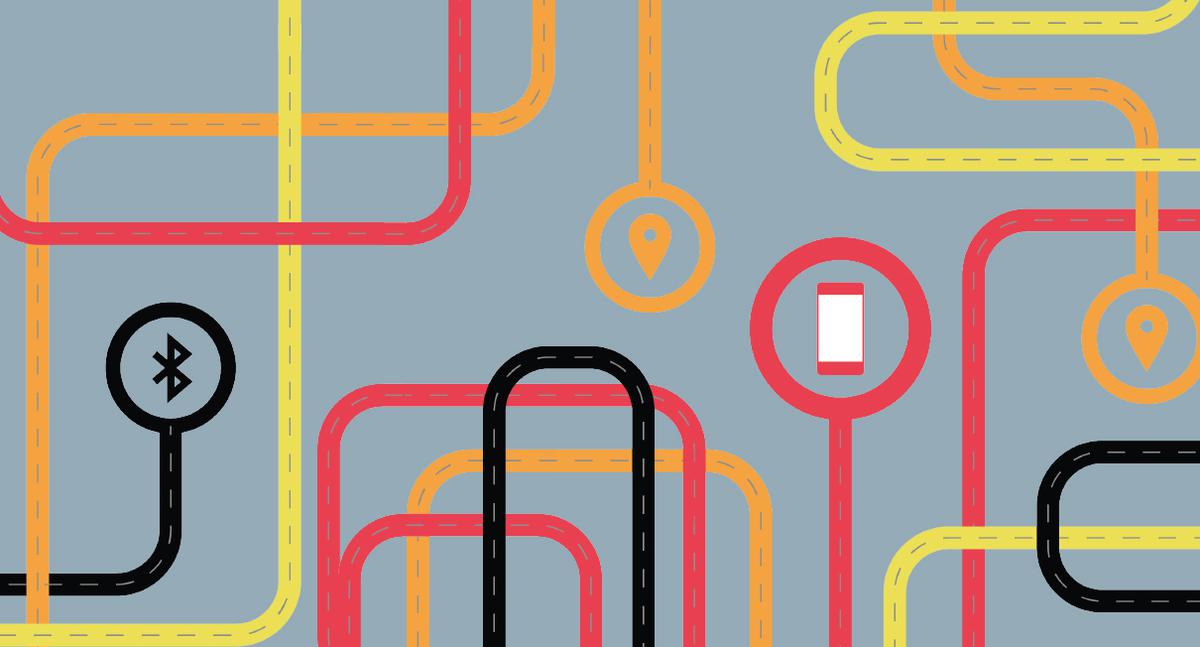 While some people welcome driverless cars, most will probably agree that driving is best done with a person at the helm. But not everybody can drive properly on the road, and you won’t be able to tell if the vehicle ahead of you is being piloted by a thinking man or a donkey. Luckily, some of today’s smarter cars are able to track your driving habits in relation to the date, time of day, traffic condition, and other environmental variables. The car then gives you a score that’ll be accessible to yourself, the manufacturer, mechanics, and in the future, other cars. That way, you can shun lead footed road ragers while avoiding being one yourself.

Auto braking, collision warning, and collision avoidance systems, are also some safety features enabled on high-end IoC cars. These are coupled with other smart innovations such as side-sensing radars that automatically tightens seatbelts, flashes hazard lights, and keeps the brakes applied in case of an imminent crash. First responders will also be immediately notified in case of any accidents, further shaving rescue time and hopefully, cutting down on deaths caused by vehicular mishaps.

Yes, the bells and whistles are great, but how will the connected car fit in the overall IoT phenomenon? Well, hopefully it’ll be no holds barred given that they’re connected to everything. Maybe tomorrow, you’ll be able to turn into your street and have your lights, air conditioning, and TV on by the time you enter the driveway. Maybe you can have your packages delivered to you on the road by a drone. Maybe you can take that half-day drive to Northern Luzon without even touching the steering wheel. Far-fetched? Perhaps. Achievable? You bet.