The New Normal of Work 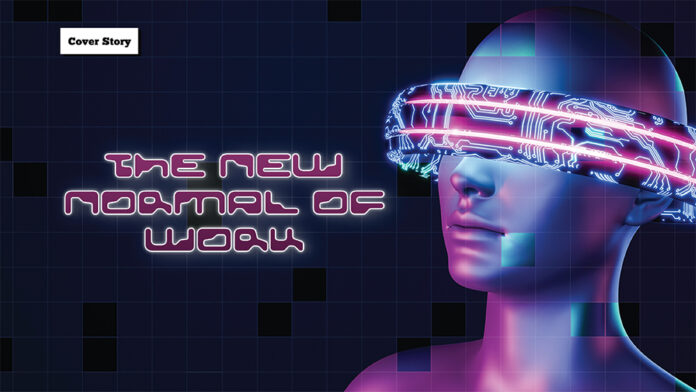 Thursday evening, March 12, 2020. That was the night the first enhanced community quarantine was announced to be set over NCR. Shocking, but not surprising, given the rumors that were swirling around on the internet and in the office back then. Work carried on that Friday, just a bit different than usual. Critical files were being uploaded online, and rough plans for remote work were being discussed.

After all, it was only just for a month, and things would soon go back to normal, right?

Boy, was that optimism misplaced. Almost two years and countless lockdowns later, the textbook office is now a distant memory. Online remote work has become the rule rather than the exception for those not on the frontlines.

Not only did the internet subsume the traditional workspace, but it also provided a platform for various industries, gig economies, and services to thrive during this pandemic. Below are just some traditional livelihoods that shifted to remote work and found their own niche online.

The mainstreaming of remote work has enabled today’s generation of desk jockeys to work from wherever they want. Gone are the days of being a commute warrior, smelling like a mandirigma, and being spent even before clocking in. Current work arrangements have given us back precious hours to do with as we will.

For some, remote work means being able to roll out of bed, put in their 8-to-5, learn new skills, and pursue their hobbies. Others took a more envy-inducing route. They have uprooted their lives in the city in favor of the salty air and after-work-fun of beach towns such as La Union and Siargao. There are also those who are now working directly for clients abroad. With literal seas and oceans separating them from their bosses, these international white-collar workers often work odd hours in exchange for that ever-elusive financial independence.

With all these perks that come with remote work, will we ever want to permanently return to the office?

No, not the ones today’s students have to deal with. Rather, we are talking about classes held by fitness instructors, yogis, chefs, motivational speakers, team building instructors, and other similar professions. When your livelihood involves physically being there to guide others, government restrictions on indoor and group activities are undoubtedly hard pills to swallow.

While each industry certainly has its unique struggles, what was a common concern among class instructors when they moved their craft online was if they could make their live streams as energetic and as engaging as in-person ones. After all, one of the selling points of group classes is the togetherness of the experience. Having your coach and classmates cheering you on is often just the boost you need to power through that last set of exercises.

Good thing we humans are naturally social creatures. Join an online class, and you’ll see — not even physical absence can dampen the enthusiasm and supportiveness that arises when like-minded people get together online.

Neighborhood-based food delivery networks have grown alongside the giant online food delivery apps. No longer will you have to walk to the next street corner when the munchies hit or when you are too lazy to cook. With just a message on their Facebook page, your favorite budget karinderya meals and your late-night kanto barbecue cravings can now be delivered straight to your doorstep.

This was most especially true during the start of the pandemic. With dine-in restrictions in place, neighborhood shops had to put up their own bike- or foot-based delivery services and promote their menus online via barangay Facebook and Viber groups. While some had to shut their doors permanently, some were able to make ends meet enough to re-welcome vaccinated patrons when lockdown restrictions ease up.

Social media has also played a pivotal role in the growth of new home-based food businesses. Whether making us drool with photos of their pastries on Instagram or showcasing their process via TikTok, these foodies have definitely made the most out of social media’s ever-growing presence in our lives.

Another key industry that has emerged during this pandemic is virtual events management. If you’ve been tasked to run Zoom or Microsoft Teams technicals for your office, then you know just how stressful it can be. Ensuring that VIPs are in the room on time, background music plays when it’s supposed to, the proper persons are spotlighted for all to see, the correct slides and overlays are shown, and the correct camera angles are displayed when they’re needed are all key to ensuring a fun, memorable event.

Attending virtual corporate parties, online concerts, product launches, and even weddings—these wouldn’t be half as fun to experience without the technical experts taking care of the nitty-gritty details.

Streaming: How the net took over TV

5 company culture must-haves in the new age of work