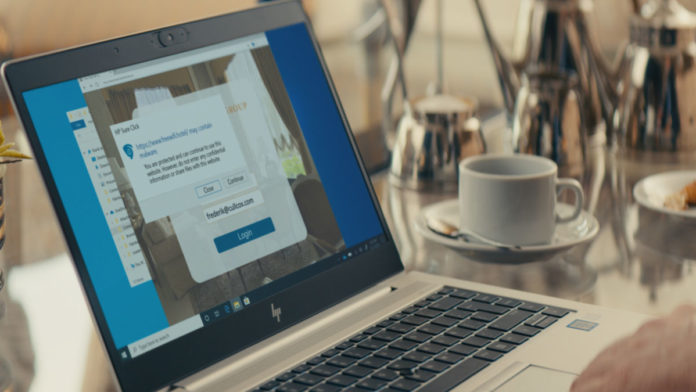 HP Inc. released its new Quarterly Threat Insights Report, providing analysis of real-world attacks against customers worldwide. 88% of malware was delivered by email into users’ inboxes, in many cases having bypassed gateway filters. The threat insights report found that 29% of malware captured was previously unknown — due to the widespread use of packers and obfuscation techniques by attackers seeking to evade detection. It took 8.8 days, on average, for threats to become known by hash to antivirus engines — giving hackers over a week’s ‘head-start to further their campaigns.

The Quarterly Threat Insights Report provides a unique glimpse into the behavior of malware in the wild, as — unlike other endpoint security tools, which aim to prevent or intervene in an attack — HP Sure Click lets malware run, tricking malware into executing, while capturing a full infection chain within isolated, micro-virtual machines. This hardware-enforced approach to security renders malware harmless and keeps customers safe.

“This Quarterly Threat Insights Report highlights the deficiencies in traditional defenses that rely on detection to block malware,” said Dr. Ian Pratt, global head of security for personal systems at HP Inc. “Attackers have repeatedly found new ways to bypass traditional detection-based tools, making it more important than ever for organizations to build zero-trust design principles into their security architecture.”

“Opportunistic cybercrime does not show any signs of slowing,” comments Alex Holland, senior malware analyst at HP Inc. “Cybercriminals are exploiting low-cost malware-as-a-service kits, which are proliferating in underground forums. Kits like APOMacroSploit, which emerged in Q4 2020, can be bought for as little as USD 50, illustrating just how low the barrier to entry is for opportunistic cybercrime. We have also seen threat actors continue to experiment with malware delivery techniques to improve their chances of establishing footholds into networks. The most effective execution techniques we saw in Q4 2020 involved old technologies like Excel 4.0 macros that often offer little visibility to detection tools.”

Other key findings in the Quarterly Threat Insights Report include:

“Q4 saw attackers shift from Word documents to executable files to deliver RATs. There was an uptick in malicious email campaigns targeting German users with Agent Tesla and Formbook RATs that were delivered as executables attached to emails,” continued Holland. “The largest rise was in Dridex campaigns, which are typically used by attackers to deploy ransomware. Ultimately, any attacker gaining a foothold on an endpoint is bad news — they can use this access to scrape credentials, move laterally between systems, exfiltrate data, or sell their access to other cybercriminals — so it creates a huge risk for businesses.”

“For every new malware variant hackers create, they have a few days’ head start to capitalize on their campaigns, infecting machines before detection tools catch-up. With automation, this process is now easier than ever” continues Dr. Pratt.

“Trying to detect every threat is futile, as something will always slip through the net,” Pratt added. “The best cyber defense is being able to isolate risks on the endpoint through micro-virtualization. This kind of hardware-enforced isolation removes the opportunity for malware to cause harm to the host PC — even from novel malware — because it does not rely on a detect-to-protect security model. By having security built-in at the hardware level, endpoint devices can help to defend users and recover from attacks automatically, improving business resiliency. This way, businesses can carry on doing what they do best, safe in the knowledge that their users and data are protected.”

For more information on how you can optimize your learning and working experiences from home and remote work sites, please visit the official HP flagship store at Lazada and Shopee or visit HP.com.

CISCO: Security must be simple, intelligent, and everywhere