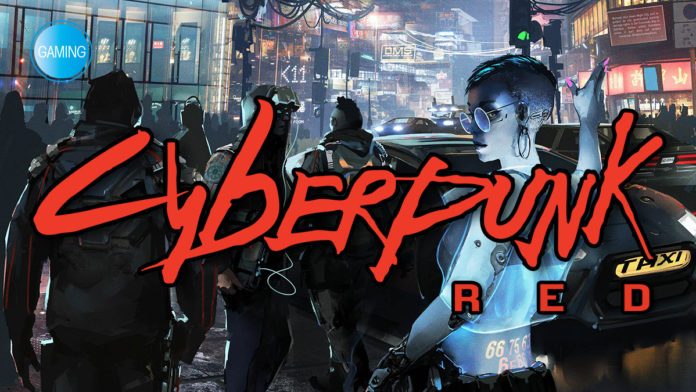 Cyberpunk Red is the latest in the Cyberpunk series of RPGs that started in the 80s, and also serves as a prequel to the events in Cyberpunk 2077.

So it finally happened. A pen-and-paper RPG has finally pulled our circle of boardgame friends into its grip. While some of us have tried one tabletop RPG or another in our lives, we haven’t really gotten to playing one together; strange considering that our friendships are essentially built on a foundation of cardboard punch-outs and wooden meeples. But here we are.

The RPG that finally got us to try it is set in fictional Night City somewhere in California, and it’s as rich in Cyberpunk lore as the current hit video game. The main draw of this title, though, is that it’s not merely a coat of neon purple and blue paint on top of D&D; it’s actually its own system, built with its own rules, with features that are unique to it, and the genre in general.

I was fortunate enough to have received a hardbound copy of the sourcebook for Cyberpunk Red and, if you’re interested in trying the game out, this is a necessity. Digital copies are also available, so don’t fret if you’re not within easy shipping range of the US.

The book is glorious—equal parts novel and rulebook. If you haven’t been exposed to a lot of Cyberpunk fiction, don’t worry, the book does a great job at giving you the foundation you need to get immersed. My main gripe is that it could have been organized just a little better to make referencing tables easier on the GM. After the first playthrough, I found that I had to dust off the printer to get some tables printed out, even after placing sticky tags on important pages Amy Santiago-style.

The only other thing you’re going to need is a bunch of six-sided dice, a ten-sided die, and players. All other things are standard GM things like a notebook for notes and writing story ideas and a creative mind.

Character creation in Cyberpunk Red starts as usual by picking a class. From there, the game allows players to take one of three paths for completing a character. There are pre-generated characters, an option to create a semi-custom character, and a fully customized, do-everything-from-the-ground-up character creation process that lets you distribute every last skill point and spend your whole budget on gear and add-ons. Because of the nature of the game, it’s recommended to start with one of the pre-gen characters just to get a feel for the world. It’s complicated and quite lethal to the point of internet humor, so spending effort on a character that probably isn’t optimized and then getting that character killed isn’t really the best way to get started.

Cyberpunk Red classes are varied and give players plenty of freedom to develop a character that will suit their playstyle. It’s not just the usual Brawler/Magic-user/Thief/Healer that you might be used to, though those are also available. Some options are unique to the game, such as the Rockerboy, basically an influential musician that uses their art to attempt to topple the megacorporations that have a stranglehold on the population. There’s also the Media class that sways public opinion and reveals truths that the corpos don’t want people to know. There’s also the netrunner class that hacks into enemy digital infrastructure to get information, control systems, and battle other netrunners in the virtual space at a different pace than actions in the “meatspace.” These classes give players (and the GM) a lot of material to work with, as long as they’re willing to do the roleplaying work.

Once classes are assigned, there are the usual stat and skill assignments to do, as well as shopping for any hardware and clothing that the players want. Then, since no futuristic megacorp dystopia would be complete without it, players select cyberware to install into their bodies. These augments let players do some pretty amazing things. Want to have Wolverine-style claws? Maybe Mantis Blades or an internal grenade launcher? How about cyber eyes with dart guns? This is where things get really interesting.

There is a cost to installing the hardware, though, and it’s a little steeper than just the Eurodollars each one will cost. Each piece of cyberware and each attachment that goes into them decreases your humanity stat. This, in turn, drops your empathy, and when that drops below a threshold, you basically go insane and enter a state of cyber psychosis, handing your player over to the GM to be controlled according to their whim. It’s a delicate balancing act between abilities and humanity loss, and one you have to get right for maximum effect.

The rest of the game runs on a simple system of rolls. Basically, it’s a Stat value plus a skill value plus a 1d10, vs. either a set difficulty value (DV—there are tables) or defending character’s own stat+skill+1d10 roll. It’s built for simplicity and speed of play, and once you have the basics down, it really lets the game move at a brisk pace.

There are the usual RPG elements in Cyberpunk Red, such as initiative, turns, rounds, and actions, and all work smoothly with the simplified d10 system. It’s not a very strict ruleset, which is great in terms of versatility but does put some pressure on the GM to really step up. Preparing beforehand is absolutely critical to make the system work. You have been warned.

Everything flowed smoothly in our first playthrough, without any real sticking points aside from the initial unfamiliarity with the rules and tables. Once that was sorted, the game got into a good rhythm, and we were able to keep the action going without any snags. Combat, in particular, is very straightforward, particularly with the interplay between damage, armor, and health. Even non-RPG players will be able to grasp how it works without too much difficulty. Actions are all rolled with a simple stat+skill+1d10 check vs. a set value for tasks or an enemy’s own stat+skill+1d10 roll. Damage is some combination of d6 dice, and that’s about it. As such, it doesn’t take that much time to get familiar with the relevant stats, so players can get going fairly quickly.

Being a cyberpunk title, though, there is another layer to the action, which is netrunning, or hacking terminals. Players can choose the Netrunner class, which gives them the ability to navigate networks to access data and control connected devices such as computers, turrets, and even attack robots that do your bidding. It’s not a totally safe space, though. Aside from the dangers going on in the “meatspace” around the hacker, the net has its own attack programs and even hostile netrunners that seek to fry your brain.

There are a few problems, though, namely that there aren’t that many enemies to face. The sourcebook lists a few bad guys, but since there aren’t any fantastic beasts, you’re basically stuck facing humans with varying amounts of cybernetic enhancements. Weapons are also rather limited to a few classes, though there’s a nice set of exotic and legendary gear to be found as well. A good GM can more than make up for the shortcomings and will likely appreciate not having to look through so many sourcebooks, so it’s not all bad.

At the core of it, Cyberpunk Red is simple, which makes for relatively easy pick-up, and lessens the load on the GM so they can focus more on weaving a story for the players. If you’re into Cyberpunk as a theme and want to give it a try, don’t let the fact that this isn’t D&D stop you. It’s got solid mechanics, a huge world, and the potential for campaigns that span years.