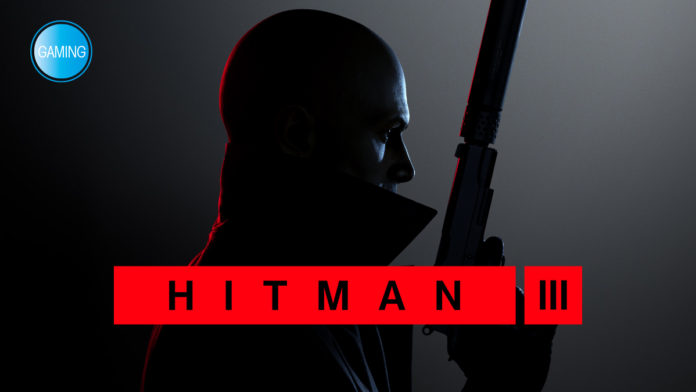 Hitman is a franchise that’s very close to my heart. I dislike stealth games with a fierce passion, but I’m more than willing to put up with all the quirks of sneaking around for this series. When the first Hitman came out more than two decades ago, I had a PC that barely had the specs to handle it, but I played and replayed it so many times, I can’t even recall. Having multiple ways to finish missions was revolutionary back then—it played like a mini sandbox game, with the freedom to approach things as the situation changed.

Hitman 3 retains that mechanic and manages to keep things fresh not by simply throwing new gimmicks in there, but by progressing 47’s story with some curveball missions that make things fun.

Insofar as gameplay is concerned, there’s not a lot of difference between this and the previous Hitman entry. Missions start with an intro cinematic to build the story, a planning stage where 47 can choose equipment, insertion points, and caches. This then goes into the mission proper, where the eponymous hitman can sneak, blend in, shoot, and subdue any number of NPCs that litter the map while avoiding the occasional character that can ID him for the impostor he is. It’s easy-going once you find the right costume or secluded area to take the target down, but getting there is the fun part. The game allows you to get creative in how you take down targets and rarely offers you the mark in an unguarded moment.

The story opens with a recap of what happened in Hitman 2. A conspiracy has forced 47 out of the ICA, while a new antagonist appears. A cabal of powerful elites are apparently running the show, and 47, along with his ally Mr. Grey, are bent to take them down. Yes, the plot itself is admittedly paper-thin, but it serves as an adequate canvas on which to hold a few particularly novel missions.

One of my favorites reminded me very much of the movie Knives Out. 47 has a hit on a character that has made her way to her ancestral home where, as luck would have it, a murder has just taken place. In order to get the mark alone, 47 actually has to determine which of the family members committed the crime, so a little sleuthing becomes necessary. 47 even throws in some very clever one-liners that are actually quite funny given the situation and the knowledge that the one speaking is in fact an assassin in disguise. I do wish there were more of those.

There are also some interesting locations in the game, including a visit to the ICA datacenter where the organization apparently stores all the information regarding past hits, and a meetup with series regular Diana Burnwood, 47’s handler. There are more than a few bones thrown in there for long-time fans of the game, making the title all the more enjoyable for them.

The gameplay is as slick as ever, and while there are quite a few actions the keys for which you have to memorize, it’s not particularly overwhelming. The first levels are thankfully simple, and before long, control issues fade, freeing up brainpower to focus on more pressing thoughts like “should I dress up as a guard or a waiter to get into the VIP area and kill the mark?”

Graphics are gorgeous in this game. 47 seems to have aged very well, thanks to the improved graphics. Wrinkles, blemishes, and expressions are convincing enough and make the journey through the uncanny valley a little less painful. An effort has also gone into the sound design. Conversations can be heard dynamically, and if there’s chatter on your left side, you might want to skip that area, as guards are probably doing their routes. 47’s voice acting is as cold and lifeless as ever, but it’s completely intentional, so it is actually a plus in that sense.

Replayability is also quite good. If you’re in it for more than just the story, completing a certain task per mission unlocks things such as costumes, weapons, insertion zones, and additional weapon caches for greater variety in later runs. There are also multiple ways to take targets out, and finding those other methods is really the point of this series.

Despite all the iterations of the Hitman, it’s still not perfect. Since it’s a stealth game first and a shooter second, shooting is less polished. It feels glassy and imprecise and lacks the punchy feel of a modern FPS like Overwatch or Modern Warfare. I’m willing to give that a pass, though, since if you’re going through it like a shooter, you aren’t exactly playing it as the game intends.

There’s also what I like to call Groundhog Day syndrome. There’s a temptation to compulsively save and load the game the moment things don’t go your way. While this is, of course, down to the player, it also speaks to game design and how cues are communicated. While there are modes that offer limited saves, forcing you out of the eternal loop of saving and loading, it would be more interesting to see some sort of mechanic that rewards a more careful play style. The pressure to run a mission quickly is there thanks to rewards for fast times, but I do feel it has the tendency to contribute to that save-load habit to an unhealthy degree.

Once the dust settles, Hitman 3 is a great game, worthy to be the closing title of the franchise. If you’ve played the other games before, this won’t leave you disappointed, and if you’re new to the series, you’re going to want to try the others as well. It’s a master class in stealth and has some nifty game mechanics that will keep you playing over and over.