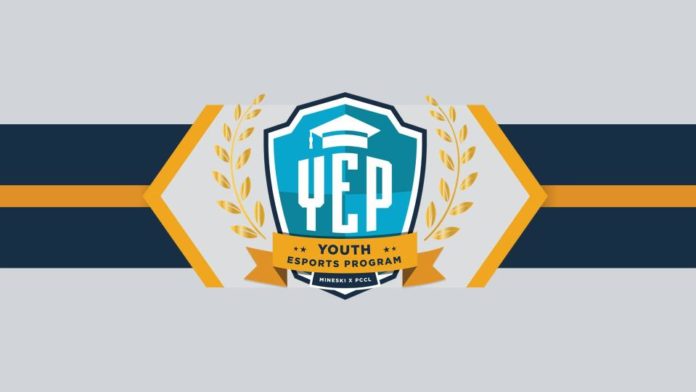 In 2020, leading esports organization Mineski Philippines and the Philippine Collegiate Champions League joined forces to establish the Youth Esports Program (YEP) with the mission to become the largest and most influential program for the gaming youth and schools across the nation. The vision was to create an all-inclusive youth community for esports enthusiasts.

A year since its establishment, the Youth Esports community has grown exponentially. To date, there are 115 participating chapter schools nationwide—88 chapters in Luzon, 13 in the Visayas, and 14 in Mindanao—with recruitment still going strong and the community ever-growing. This growth is also reflected online: YEP’s Facebook page now has a total of 25,188 likes and 27,421 followers, more than double its end-2020 numbers.

“Beyond the diverse and inclusive youth community we created for esports enthusiasts, through YEP we carved a clearer path for the youth who are passionate about gaming or interested in gaming as a career. We are educating the youth on responsible gaming, helping them hone and showcase their skills, promoting sportsmanship and camaraderie among players, and providing opportunities in the esports industry through structured grassroots programs that give them their first exposure to organized tournaments,” explained Mark Navarro, country manager of Mineski Philippines.

“In YEP’s maiden year, we’ve been successful in conducting a wide range of activities and projects to meaningfully engage with young people, especially throughout the pandemic,” Navarro shared.

In line with its goal to create an inclusive and competitive esports environment, YEP launched its banner program and crown jewel, the National Interschool Cyber League (NICL), the first major collegiate esports league in the country with virtual multigame tournaments. The NICL concluded its first season this June, with a total of 189 collegiate teams from across the nation competing for the first-ever NICL championship title.

“To better educate students and promote responsible gaming and etiquette, we introduced YEP Tambayan (Hangout), a student engagement program that partnered with a variety of companies such as Moonton, PLDT, and Oppo. The program held weekly tournaments broadcasted live on their Facebook page, as well as a webinar series called YEP Talks,” added Navarro.

With Moonton, YEP Tambayan held Mobile Legends: Bang Bang (MLBB) weekly cups, which attracted a total of 340 teams from 170 unique schools and a total of 3,400 unique viewers during the grand finals stream. In addition to this, YEP and Moonton held a special episode of YEP Talks, writing competitions, and fanart contests that amassed 10,370 unique viewers, 141 total entries, and 251 artworks respectively.

Meanwhile, the partnership with PLDT brought about weekly cups for a variety of games, including Call of Duty Mobile (CODM), League of Legends, Valorant, MLBB, Marvel Super War, and DOTA 2, which racked up a total of 145 team registrations from 83 schools.

YEP’s collaboration with OPPO, on the other hand, had YEP Tambayan-hosted tournaments for MLBB and CODM that reached a total of 158 teams across both games and total lifetime views of 18,400 for both games.

YEP, however, goes well beyond esports tournaments to provide students with a holistic view of the esports industry and its related topics.

“We’ve been able to cover a wide range of topics with our YEP Talks. We have resource people who have shared their experiences in living the gamer dream, training to be a pro gamer, and the art of the shoutcast. We’ve also delved into more serious topics, such as depression and gaming, raising responsible gamers, and gaming addiction. We felt that these were also important topics to discuss with young people, in an environment where they feel safe to ask their questions,” shared Navarro.

“The participation and engagement rates across all our activities have been encouraging. We know that an increasing number of young Filipinos are becoming interested in esports and gaming, and we’re here to provide them with an environment where they can hone their skills, and a space for them to explore their interests around the industry. We’re optimistic that going into our second year, we can reach more students,” Navarro stated.

With all the success and wins that the YEP accumulated in its first year, the program can only grow and improve along with the community it has fostered, as well as continue to spread its mission of creating an all-inclusive gaming space in the Philippines.