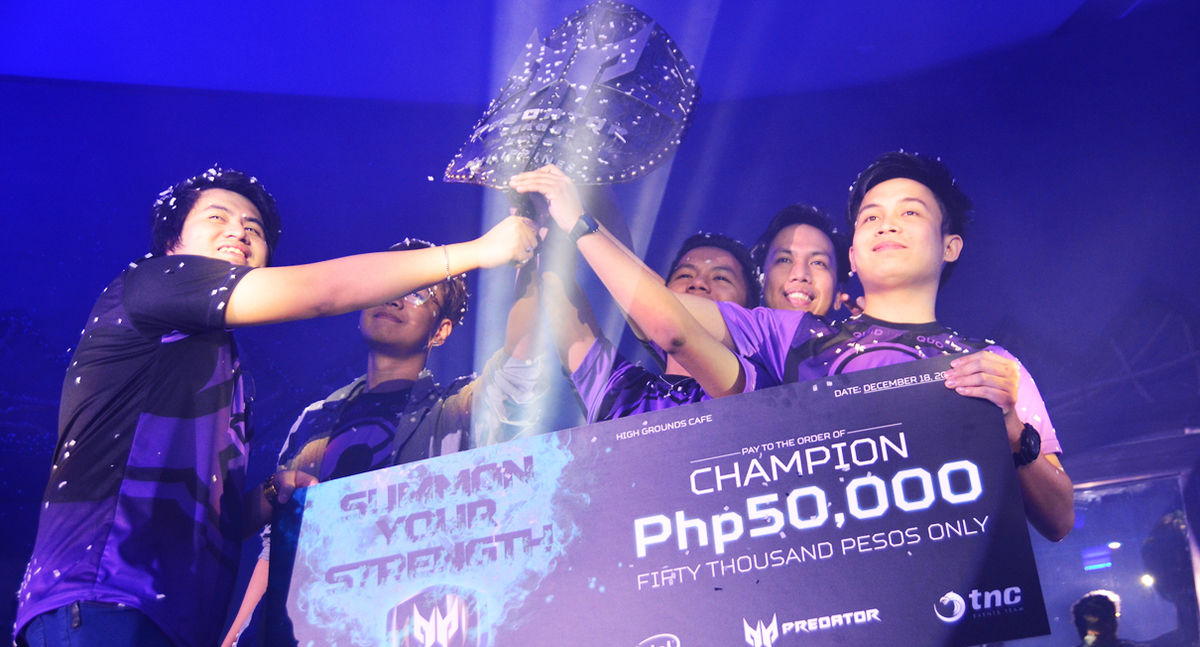 The team from the North Luzon qualifiers took home PHP 50,000 from the total elimination prize pool of PHP 220,000. after a total of six hours of action between four of the country’s top amateur teams during the final face-off, which turned the High Grounds Cafe into an ice dungeon representative of Predator Gaming’s frost-forged vibe.

Second placer Alpha Gaming bagged PHP 30,000 while Vigggo.Net and NCGC.Davao took home PHP 10,000 each. Quid Pro Quo will go on to represent the country in the international competition, against winners of the Singapore, Malaysia, Thailand, India, Hong Kong and Indonesia legs, all competing for a piece of the USD 150,000 prize pool.

“The Philippine leg of Asia Pacific Predator League 2018 has come to a momentous end, and we could not be any happier with the level of skill and sportsmanship we have witnessed here in the Philippines,” said Predator Gaming Pan Asia Pacific Region President Andrew Hou.