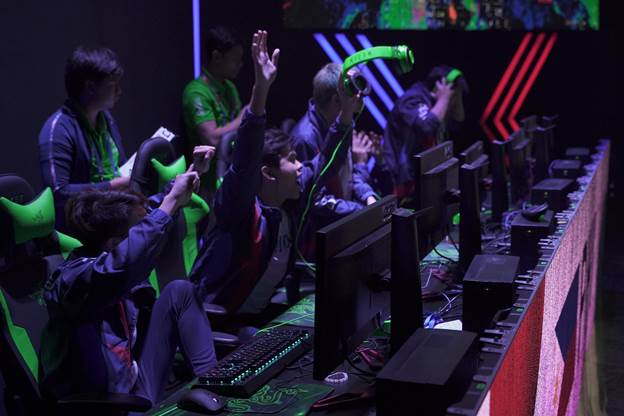 “Esports has always been a fundamental part of the Razer DNA. We have led the rally to elevate  esports as a recognized medal event at the SEA Games in 2019 and 2021,” said Zuber  Mohammed, chief marketing officer at Razer. “With esports now being confirmed as an official  event again for SEA Games 2021, we remain committed to working together with the region’s  national esports federations to drive its continued development and to prepare all participating  athletes for the upcoming competitions.”

Ahead of SEA Games 2021, which will be held in Hanoi, Vietnam, Razer is working closely with  multiple partners to prepare athletes. Together with the national esports federations in the  region and supporting the SEA esports community, Razer has organized a variety of initiatives  such as Razer Invitational – SEA to provide training opportunities, support and a global platform to regional esports athletes. This includes working with VIRESA to sponsor the Vietnam team  during the International Esports Federation Championship to train and gear up for the  international stage.

“With the overwhelming support from Razer and federations, we’re pleased to share that esports  is once again part of the SEA Games,” said Xuan Cuong Nguyen, president of the Vietnam  Electronic Sports and Entertainment Association (VIRESA). “Many athletes have taken part in  competitions to train for the upcoming esports event, despite not knowing if the games are  confirmed. We are heartened by the dedication of the athletes and will pledge to level up esports  in the region.”

Building on the success of the SEA Games 2019 esports events, Razer continues its efforts to  prepare esports athletes worldwide for international medaled events. The brand’s firm belief that there is a greater need for inclusiveness and equal opportunities to be given to the amateur  level resulted in the Razer Invitational – a first-of-its-kind tournament series, held fully online in  light of COVID-19, enabling esports athletes from different skill levels to participate and gain  regional experience.

Razer Invitational first kicked off with a Southeast Asian edition with the goal of preparing the  Southeast Asian athletes for SEA Games 2021, prior to the confirmation of its inclusion. Working with industry partners and regional esports federations, Razer organized and launched an  inclusive, yet highly competitive tournament that featured esports athletes from 10 countries  including Brunei, Cambodia, Indonesia, Laos, Malaysia, Myanmar, the Philippines, Singapore,  Thailand, and Vietnam. It was the largest SEA esports tournament of 2020 and saw more than  500 teams participating with 10.5 million live stream views and 67 million social impressions.

“Along with Razer, we were able to bind the stakeholders, publishers and SEA Esports leadership  into a community that has led to its equal recognition and coverage as traditional sports,” said  Alvin Juban, Philippine SEA Games Union, co-president & national team manager. “We’re  extremely proud of how far the esports athletes and this community have gone full circle and  enabled the opportunities that next year’s SEA Games will bring to the industry.”

Following the success of Razer Invitational – Southeast Asia, Razer then continued its bid to  discover and nurture a new generation of esports athletes globally: the fully digital tournament  is now ongoing in Latin America. Razer Invitational is also scheduled to begin in Europe, from  December 10, 2020 through to January 30, 2021.

As one of the largest esports brands in the world, Razer continues to champion esports’ growth  and development. SEA Games 2021 is a key milestone for the industry and Razer looks forward  to working with the various federation to solidify esports’ position as a legitimized and  permanent medaled event in the biennial multi-sport event.