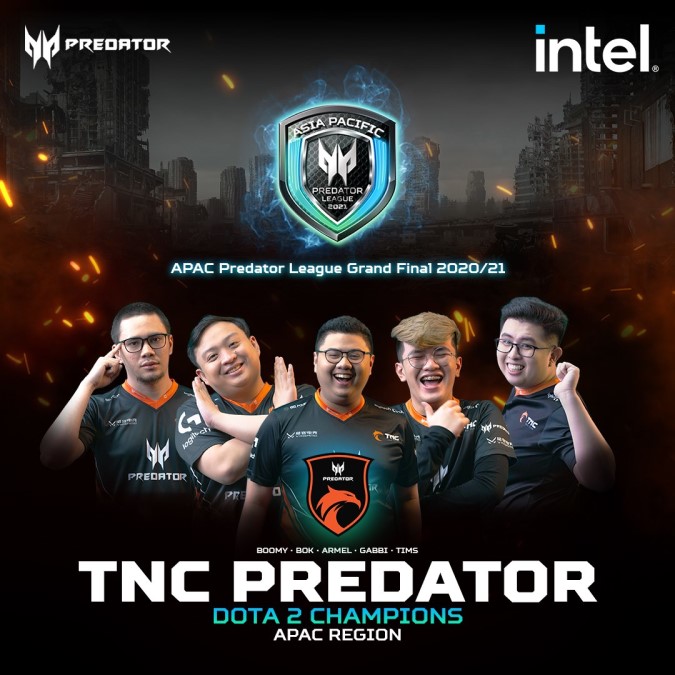 The win gives TNC Predator USD 50,000 or more than PHP 2.4 million, as well as bragging rights to become the first team to win the Predator League shield back-to-back.

Playing on a new patch, TNC Predator surprised OB.Neon by instantly locking in the IO carry, a hero who was nerfed during the patch. Adding to that they picked Invoker for their mid-lane, a hero who was not favored in the pass META.

OB.Neon would take an early lead with their Gyrocopter carry who managed to grab an early lead in farm. But great plays from the support Clockwork and the Invoker gave TNC the needed space to enable their carries. As the game dragged on, TNC Predator would amass a 17k gold as OB.Neon struggled to pick off their carries.

Game 2 saw TNC Predator showcase their in-depth knowledge of the new patch, never letting the OB.Neon gain a net worth lead for the brief 29-minute game. The team would finish the game with a massive 24k gold lead.

Bounty rune gives the teams additional gold which in turn can be used to buy stronger items.

The final day of Predator League 2020/2021 also saw Eagle 365 from Indonesia claim the Predator Shield for APAC PUBG. The Indonesia squad earned 125 points in 12 games to stand atop the leader board.

Filipino teams ArkAngel Predator would finish the PUBG tournament in 6th place with their 91 points, while Trouble Maku follows them at 9th place with 61 points. Rounding out the Pinoy teams was Gamer Lounge who finished the tourney at 14th spot with 32 points.

For the Asia group it was Burmese team Team Veteran who dominated the DOTA 2 while Korean powerhouse Damwon KIA would emerge as the champions for PUBG Asia.

Also announced during the end of the event was the host for Predator League 2022, with the honors going to Japan, where Acer hopes to once again hold the games offline.