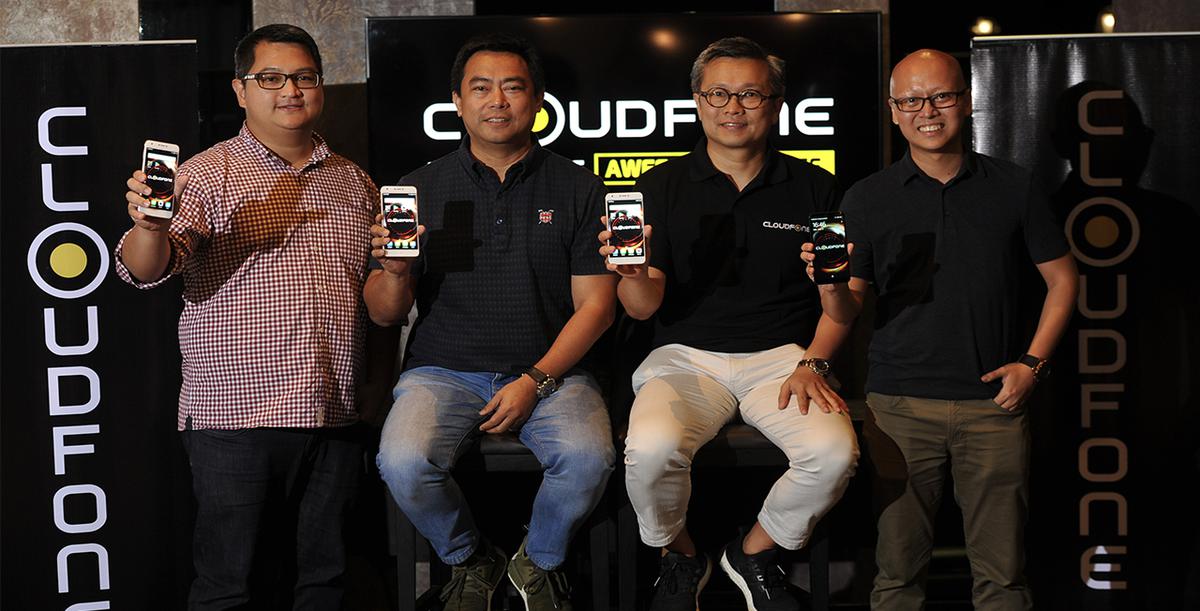 Achieving an 11% sales growth on the first half of 2017, as reported by GFK, Cloudfone continues to be among the competing brands in the market. The achieved growth was not by mere chance; taking on new aggressive initiatives, the cellphone manufacturer further pushed for  collaborative efforts to provide affordable yet dynamic smartphones for Filipinos.

The smartphone industry is one that is saturated. In the market are competitive prices, quick product introductions, emerging designs and features,  and new technological offerings. Despite of this, Cloudfone continues to compete and remain as one of the most sought after brands. Cloudfone reports that this is due to its philosophy that all Filipinos deserve awesome smartphones.

Integral in Cloudfone’s product  offerings  is its  ‘awesome’ factor  in its smartphones. Not just a hype word, ‘awesome’  for Cloudfone encompasses a mix of feelings that communicate one’s joy and satisfaction from a phone of significant value and price. Ultimately, Cloudfone believes that  every Filipino deserves an awesome smartphone.

Shifting to the Selfie Direction

One of the key traits embedded in the the Filipino culture is the desire to communicate. In 2001, the Philippines was announced as the texting capital of of the world with over 400 millions texts sent each day. In 2011, research groups determined the Philippines as the Selfie capital of the world. In 2013, the selfie trend broke. The Philippines, due in part of Makati’s high selfie count, proved to be the world’s selfie capital in 2014 with over 258 selfies uploaded for every 100,000 Filipinos. In the global ranks, Cebu City came in 9th, Quezon City, 59th, and Iloilo at 72nd. The data affirms the merge between the country’s culture and digital communication. Without question, smartphones and selfies have been infused in Filipino’s way of life.

A significant insight brought to the attention of Cloudfone is that, in spite of being crowned the selfie capital of the world, a large number of Filipinos smartphone users are still taking low quality selfies.Citing GFK’s study, Cloudfound revealed that entry-level smartphones from January to April 2017 account for 36  percent of the country’s smartphone sales. From that pool, a quick glance would reveal a common megapixel count of only 1.3MP to 4MP. The figure, according to camera experts, is less that satisfactory. Although there are many factors to consider, a decent photo would require both a good sensor, and at least 5MP.

Following the country’s wide adoption of digital communication and after Cloudfone’s gathered insights from research firms, Cloudfone is now shifting to the direction of creating phones built for next generation selfies. The system wide-implementation includes the integration of great camera and software. Initial efforts include powerful mobile  cameras with improved UIs that are able to give access to a  portrait mode,  as well as  produce  beautiful bokeh effects. This effort coincides with  Cloudfone’s goal of  making 2017 the year of Awesome Selfies.

To introduce the awesome selfie camera phones, Cloudfone is introducing the Cloudfone Excite Prime 2 and the Excite Prime 2 Pro. Aimed to be the best smartphone under PHP 5,000, the phone will feature the brand’s commitment of bringing well-crafted, high specced yet competitively priced phones.

Excite Prime 2, the sequel  of Cloudfone’s  “beast under 4k”, is a competitively priced yet doesn’t dare sacrifice specs for its affordability. For starters, the beast  features Android Nougat 7.0, 32GB of ROM, 3GB of RAM, LTE capability, and a 3,000mAH battery. Surprised? It gets even better.  Equipped with  front and back 13MP and 8MP cameras that  sport Sony’s IMX135 sensor, the Excite Prime 2 clearly doesn’t disappoint. Adding to the neat set of features are front and rear flash, a portrait mode featuring a bokeh effect, a Super Pixel Mode, and Face Beauty.  Good Specs. Great Price. Great Value. What more can you ask for?

Excite Prime 2 Pro, is the bigger and better brother of the Excite Prime 2. If you were blown away with the competitive price and specs of the Prime 2, then expect to be even more impressed with its Pro edition. Ensuring that it’s able to compete in the midst of  the current selfie trend, the phone is equipped with a 20MP f/2.0 front facing camera with Sony’s  IMX-376 sensor. Like its little brother, it also features a  portrait mode, softlight, LED flash, and LED flash, but with an added benefit of a wide selfie feature. At the back, we have a dual 12MP and 8MP camera for the Bokeh effect. There’s plenty more to be excited about, especially with the phone’s powerful set of specs. The Excite Prime 2 features Android 7.0 Nougat, 64GB ROM, 4GB RAM,  and LTE support all packed  in a neat aesthetic.

OPPO A55 — ultra-powered yet affordable