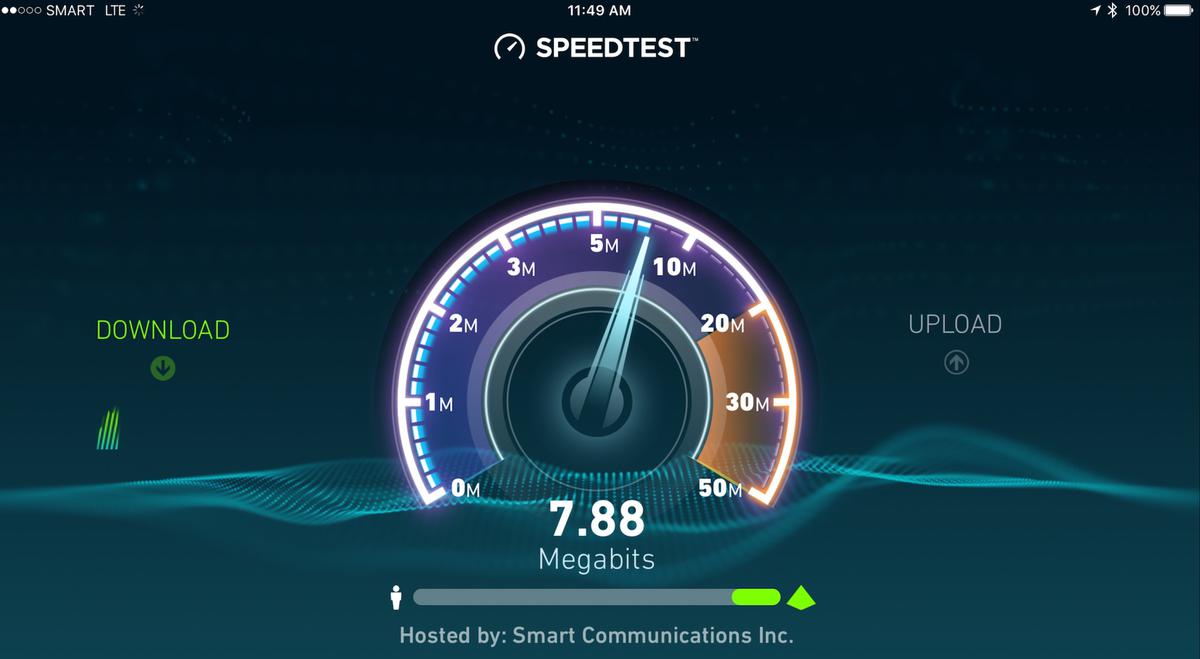 Mobile Internet services in the Philippines posted steady improvements in the second half of 2015 as operators stepped up investments in their data networks, according to the latest Asia Network Quality Report of J.P. Morgan Securities released last month.

The advances were most felt in carriers’ 3G mobile data service as the country’s average 3G download speed increased from 1.77 Mbps in the third quarter to 2.09  Mbps in the fourth quarter of 2015.

Among Philippine carriers, PLDT wireless subsidiary Smart Communications set the pace in this period, raising its average 3G download speed from 1.66 Mbps in the third quarter to 2.54 Mbps in the fourth.

“The report highlights the strategy we’ve embraced in our network investments.  We’ve paid specific attention to enhancing our 3G capacity and resiliency because about 90% of our subscribers who go online use 3G handsets.  Improving our 3G data service delivers immediate benefits to the largest number of people in our subscriber base,” said Ariel P. Fermin, head of PLDT and Smart’s Consumer Group.

“At the same time, we are also building for the future.  So we continue to roll out our 4G/LTE network because we expect more and more people to start using 4G/LTE handsets,” he added.

In this regard, there has been an encouraging trend in 4G/LTE download speeds in the Philippines, according to the JP Morgan report. The combined average speed for both Globe Telecom and Smart has risen from about 5 Mbps in early 2015 to over 10 Mbps by year end.

PLDT and Smart allocated P43 billion in capital expenditures (capex) in 2015, largely for their network infrastructure.  The two companies expect to set aside a similar amount for 2016.

Over the past year, that capex has gone to boosting the capacity and resiliency of the PLDT group’s fixed line and mobile data service in anticipation of a surge in data usage.  This includes strengthening the resiliency of PLDT’s domestic transmission network and boosting international bandwidth, a vital investment given Filipinos’ heavy usage of overseas content.

The results of this effort appear to be reflected in the test results in the J.P. Morgan report

Smart’s 3G download speeds in Caloocan City for example rose from 2.08 mbps in October to 2.91 mbps in December last year.

“This is a moving target because customer habits are shifting to more bandwidth-heavy services like video streaming.  Mindful of that, we are focused on building and maintaining a superior network as the foundation of our digital strategy,” Fermin said.

“Moreover, we are combining this with our drive to offer more affordable devices and more flexible data packages that will enable more Filipinos to enjoy the innovative digital services that we are bringing to the market,” he added.

Such handset promotions are intended to accelerate the adoption of smartphones by Philippine mobile phone users.  The current penetration rate of smartphones in the Philippines is about 40%.

To further encourage the use of mobile data among its subscribers, PLDT and Smart introduced to the market data packages that enable users to share their data allocation with Smart mobile phone users.  Under PLDT’s new Speedster Fam Plan 1299, for example, PLDT subscribers can share 6 Gb of their 50 Gb data allocation with up to four Smart mobile phone lines bundled with their plan.

Smart postpaid also offers ‘Shared Plan 999’, which provides three smartphones and three mobile numbers under a single account, that are capable of sharing 6 Gb of mobile data volume per month. The plan also comes with unlimited calling within the three users.

Smart prepaid subscribers, meanwhile, can also share data using the ‘Big Bytes Barkada’ offer which allows a user to share his or her data allowances with other users by ‘passing’ it in minimum 50 MB chunks.

“We are moving on several fronts – networks, devices and data plans – to enable our customers to enjoy a Smart Life using our growing portfolio of innovative digital services on both fixed and mobile services, Fermin said.