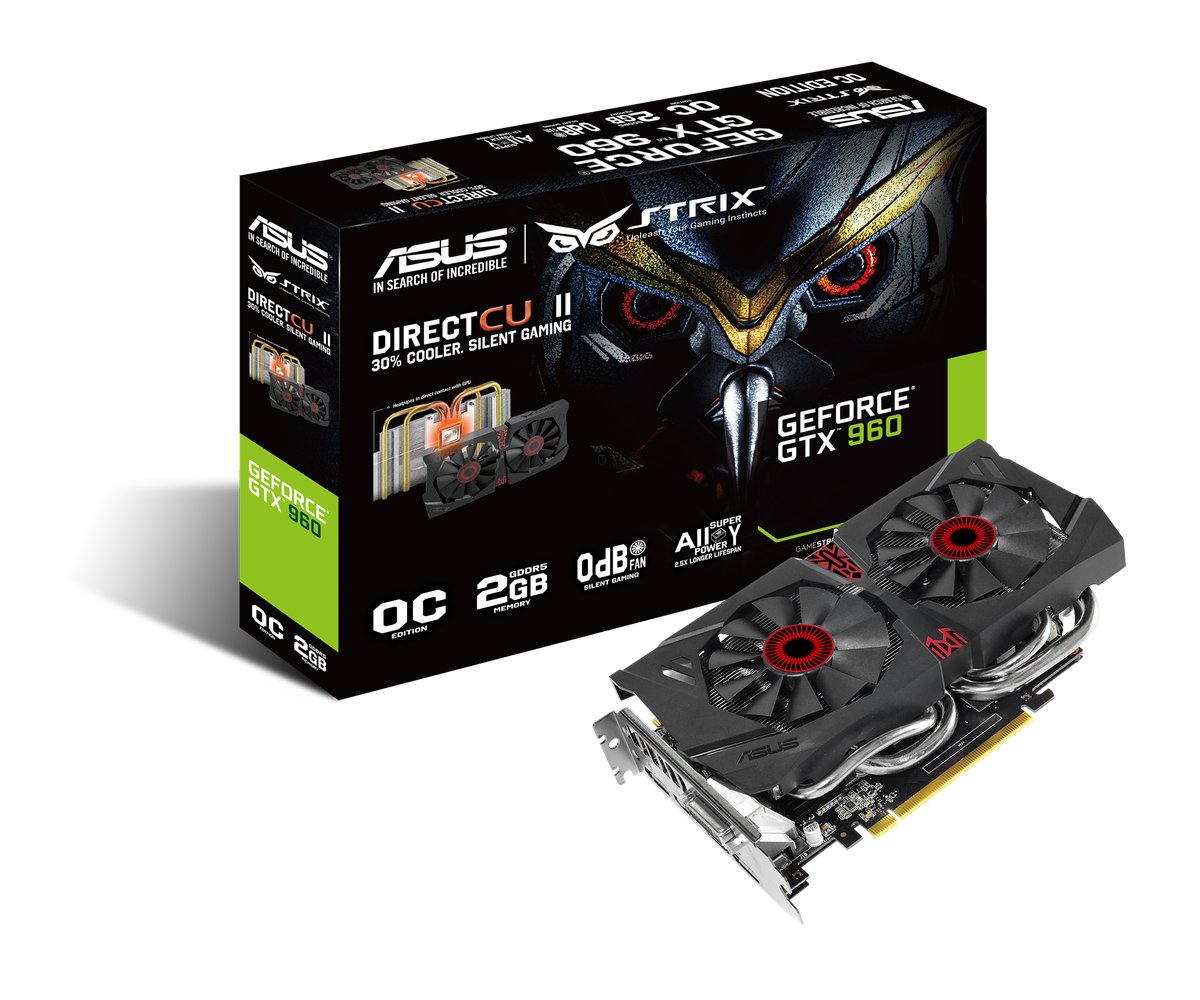 PC gaming doesn’t have to be too expensive, and the Strix GTX 960 from Asus is proof that gamers can have their visual cake and eat it too. Featuring Asus technologies such as DirectCU II, Super Alloy Power components, GPU Tweak with XSplit Gamecaster, and 4K-compliant Display Port, the Strix GTX 960 is a definite value for money graphics card that will thrill gamers on a budget.

It comes overclocked out of the box at 1,291MHz still boostable to 1,317MHz in OC mode. The GPU is paired to 2GB of GDDR5 RAM with a frequency of 7,200MHz.  This allows it to run visually-intensive games such as Assassin’s Creed Unity and Battlefield 4 in 1920×1080 Full HD resolution 6.5-percent better than reference models.

Keeping the Strix GTX 960 cool and whisper quiet is Asus’ DirectCU II which provides 220-percent better heat dissipation, resulting in 30-percent cooler temps and 3-times quieter performance. The thermal design also allows the GPU to remain off during light gaming, turning on only when reaching a certain temperature threshold.

If you think that all that power will translate into a shocking electric bill, then think again. The Strix GTX 960’s 5-phase Super Alloy Power design improves energy efficiency by 15-percent and enhances the card’s lifespan up to 2.5 times longer.

Finally, the Strix GTX 960 arrives with GPU Tweak allowing you to determine GPU speeds, voltages, and video memory clock speeds to suit your needs. GPU Tweak includes the XSplit Gamecaster streaming tool with one-year free license so you can stream your games online and in real time.