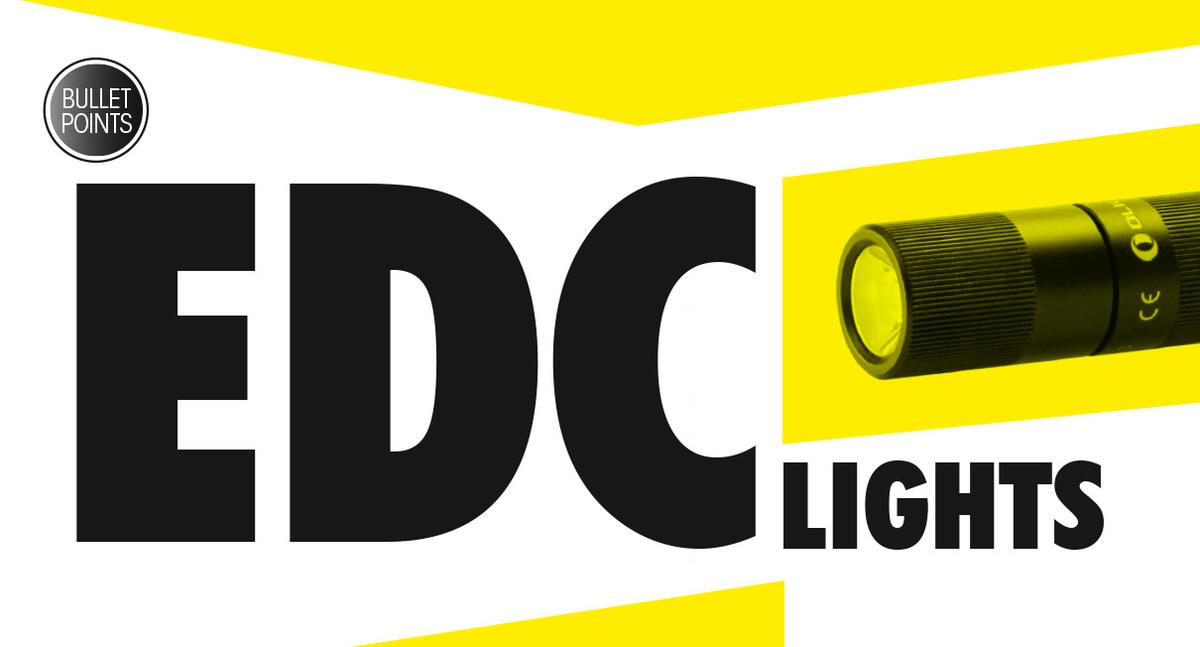 Ok, I get it. Knives, pistols, and tactical lights are cool. Carrying them around makes one feel like an operator. There’s nothing wrong with that, and if you have the training to use them, then good for you–they might just get you out of a tough bind. For other people though, carrying a folding knife, pistol, and 18650-powered light just takes too much room. This, on top of a personal trauma kit that you should be carrying anyway, might cost too much pocket space.

I recently came across two lights from a new favorite brand, Olight, that will leave even tamest civvie with a new accesory. 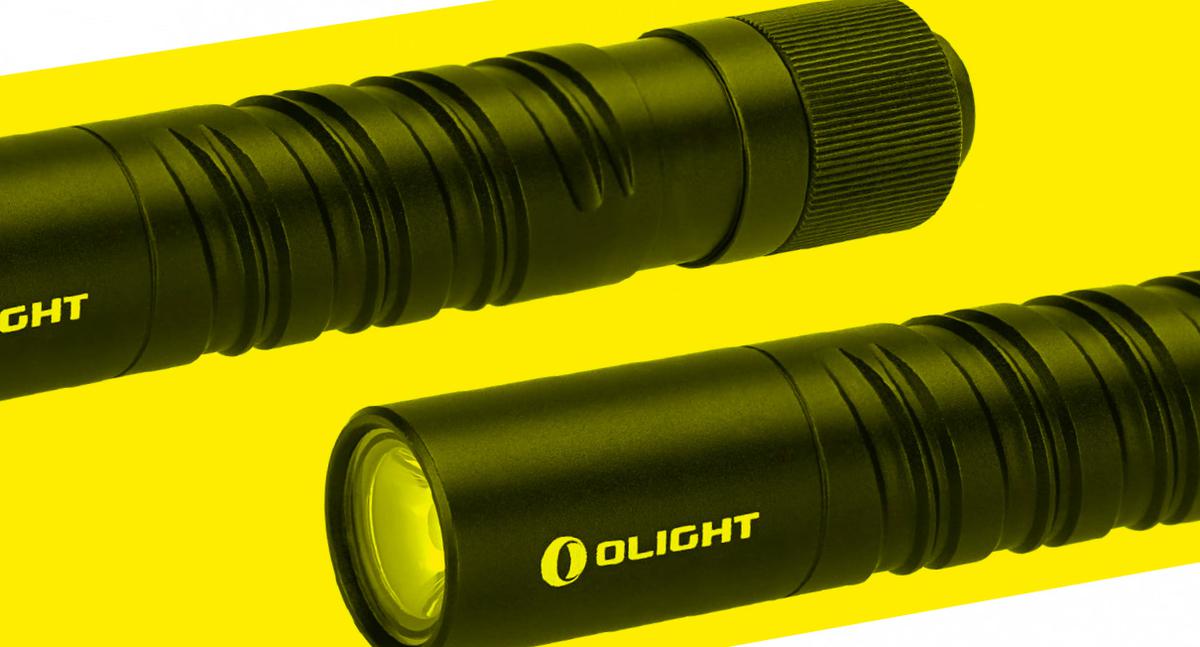 You might think a light has to be blindingly bright for it to be useful, but that’s not necessarily the case. Sure, bright lights can be used for a few additional purposes, but if all you need is to be able to see where it’s too dark to use your naked eyes, a smaller, less powerful light will be plenty. Simpler tasks like changing a flat tire, finding a small item that has rolled under a desk, or navigating through a dark area can all be done with smaller, more convenient lights that use easily acquired batteries, with a little compromise when it comes to light distance and spill. In any case, a small light in your pocket is better than a powerful light that’s too large to carry around and is left at home.

A great analogy, which I have used before holds true. If you would bring an umbrella because the weather report gives you a 70 percent chance of rain tomorrow, you should consider having a light for a 100 percent chance of darkness this evening. Lights can be had small enough so that having one and not needing it doesn’t cause too much grief, and any inconvenience is easily outweighed by being able to see in what could otherwise be total darkness. 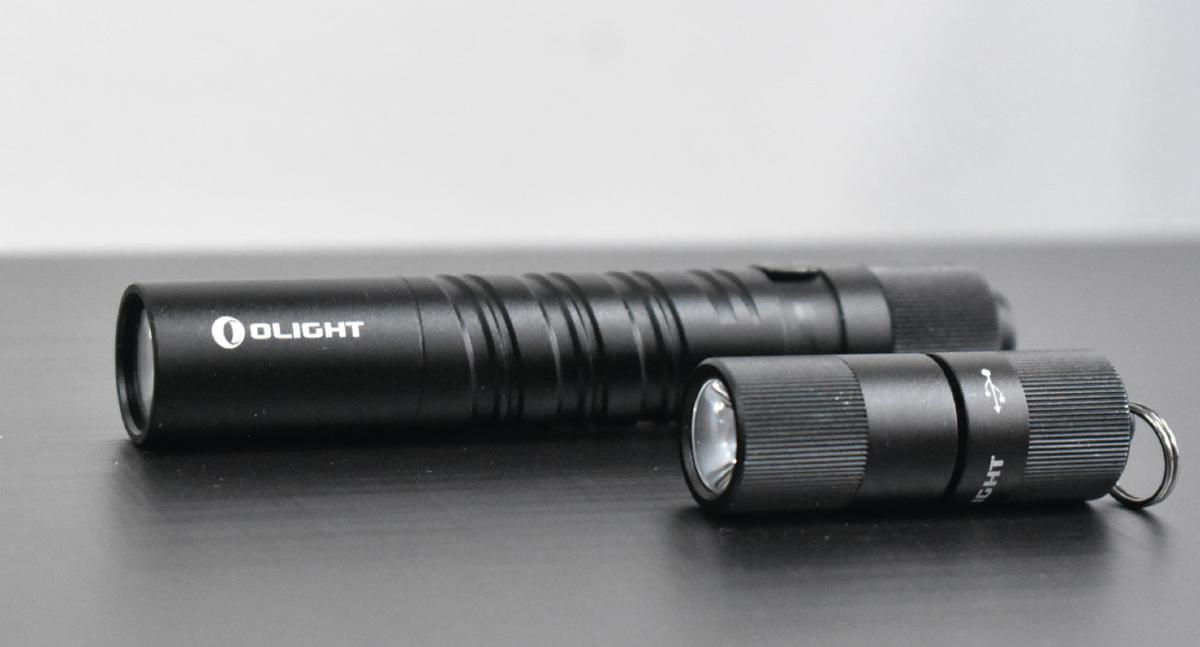 The first of the two lights Olight sent over for review was the i3T EOS. The slim AAA-powered light is about the perfect size for EDC pocket carry. Slightly thicker than a pen, and about half the length, you can pop it in your pocket and completely forget you have it. Because it is so thin, it doesn’t take up a lot of room, and you haven’t given up an unreasonable amount of space in your pocket for a usable light. At 41 grams, and with an IPX8 rating, it’s a light that you can take practically anywhere.

The clip is designed in a simple, but very clever manner. It loops around on itself so you don’t have to remove and reposition the clip to configure the light for emitter-up, or emitter-down carry. Both positions are plenty secure for daily use, and shouldn’t have the light fall out of your pocket unexpectedly. The light has a tailcap switch with a handy momentary on function if you need to, well, flash someone. Despite being a fairly simple light, Olight managed to include two brightness settings, accessible with the same clicky switch that switches the light on. Hit the switch once, switch it off, and then back on in rapid succession, and you cycle between 5 and 180 lumens, for 16 hours and 21 minutes of burn time respectively. It’s a little hard to click though, at least out of the box, so give it a little patience as the switch breaks in.

The body is crafted from aluminum for lightness and strength, while the clip is steel for reliability. The body has a set of deep spirals cut into it for traction, which really is something you want to have in such a thin light, and works well with either a pen-style, or full-hand grip.

Its little brother is the I1R, and when we mean little, we really do mean it. It’s shorter than an AA battery, and just about as thick around. It’s primarily a keychain light, and as such, has a little split ring on the bottom, which allows you to attach it to your key ring. Like its larger sibling, it is made of aluminum, and weigh almost nothing. The light is powered by an internal rechargeable battery that you can top up via a microUSB port that reveals itself once you unscrew the emitter head completely off. Being so small, the little I1R eschews an external switch altogether. To bring the single LED to life, tighten the head part-way for a 5 lumen beam, or all the way for 130 lumens. 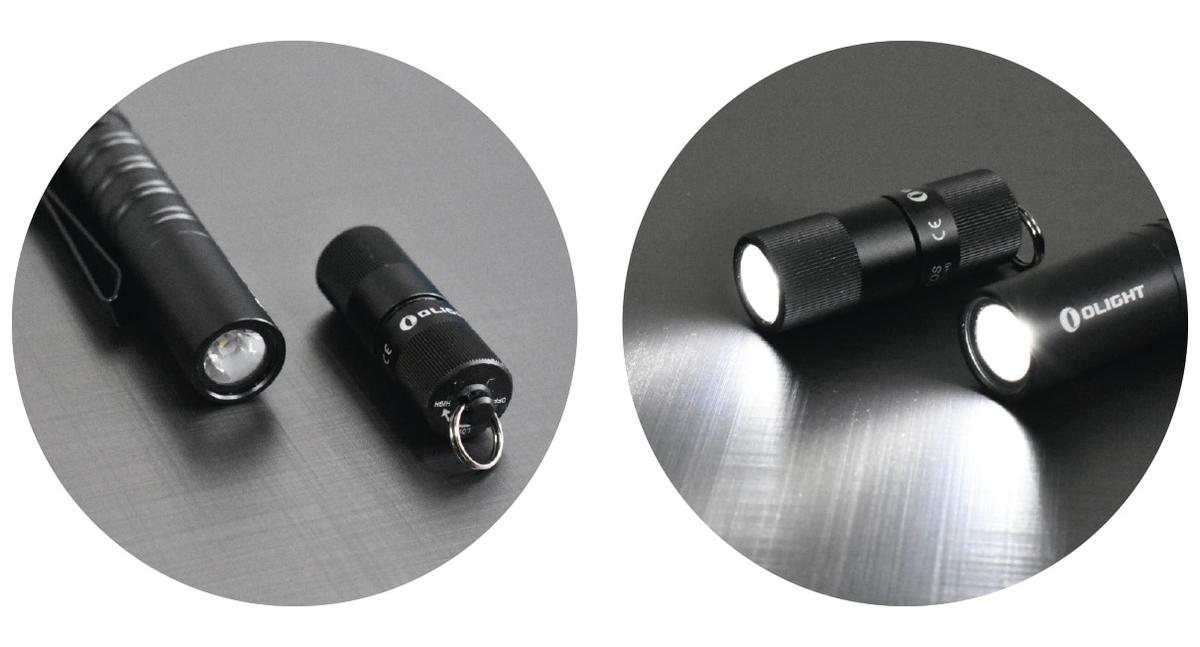 Because of its size, it doesn’t pack a lot of burn time—about 20 minutes at 130 lumens, but an impressive 7 hours at 5 lumens, which is actually plenty when there’s no ambient light around. It’s better than any keychain light we’ve ever come across, and infinitely better than squinting your eyes and groping around in the dark. Sure, it’s not a searchlight, but if you have your keys with you, you’ll have a light. If you don’t have your keys with you, well, you’ve got bigger problems. A full charge can be achieved in 75 minutes from a USB port, and its IPX8 rating lets you take the light out even in the pouring rain. Really the main draw here is to have a light that you can have and completely forget about. Ideally, you’d remember to charge it now and again so it’ll light up when you need it, but it should hold a charge for at least a few months before going flat.