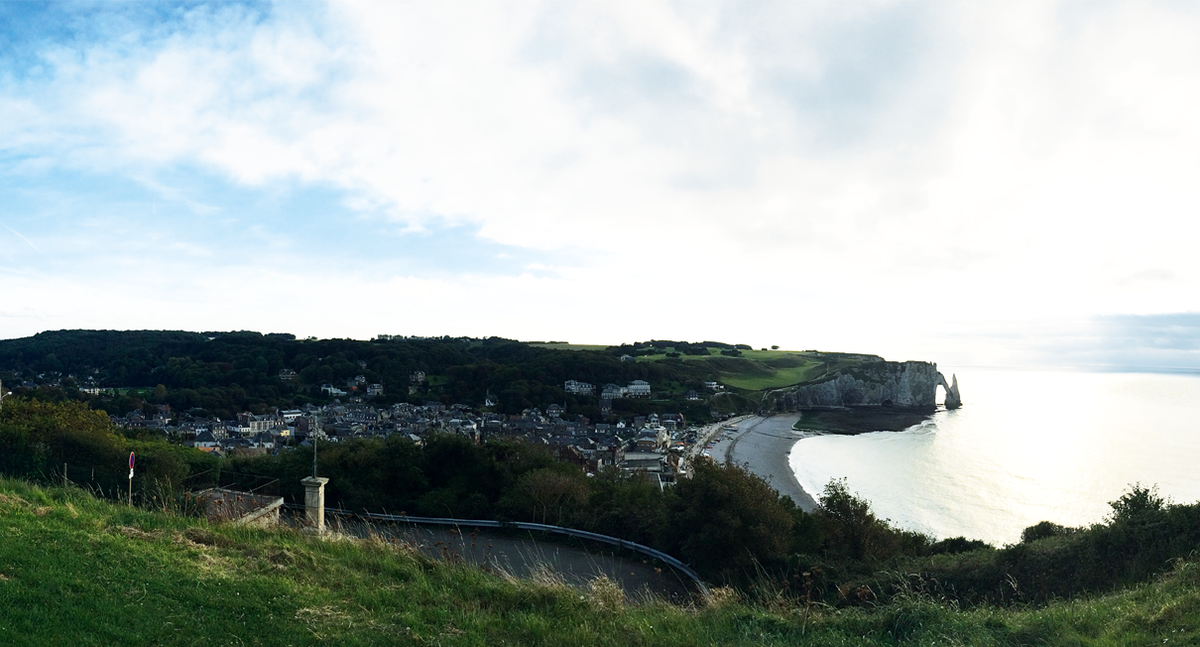 Normandy is a region in northern France that is rich in history, art and culture, beautiful scenic landscapes, and great regional cuisine. About two hours’ drive from Paris, day tours usually just offer a visit to the World War II memorials in Omaha Beach and the War Museum, Juno and Gold beaches, and the War Memorial in Caen.

But Normandy has so much more to offer and a day is just not enough. If you are interested in history, architecture, art and culture, great food, and beautiful scenery, a visit to Normandy will be a hit. Driving would be the best option if you want to experience the beautiful scenery at your own pace.

History buffs will find Normandy fascinating as this was the setting of many dramas that changed the world in the last millennia. For one, it is the birthplace of William the Conqueror, the first Norman King of England. Then in the 15th century, St. Joan of Arc was martyred in Rouen. In the early 20th century, one of the three female Doctors of the Catholic Church, St. Therese was born in Lisieux. With the recent canonization of her parents, Louie and Zelie Martin, Lisieux is the only place that has produced three saints from one family. In World War II, the beaches of Normandy became the setting of the D-Day invasion which led to the liberation of Europe from the Nazis. 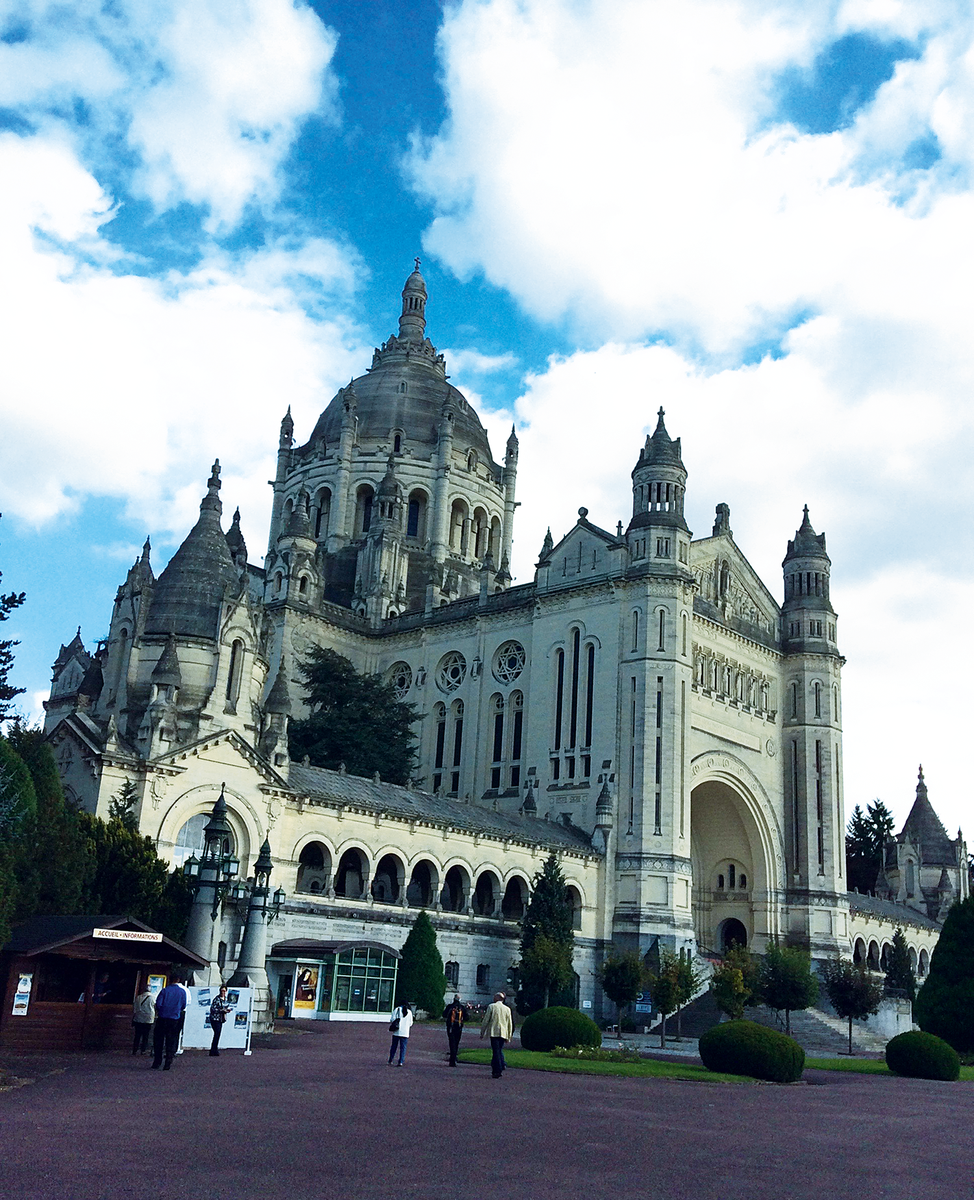 Caen, which holds the site of the Canadian War Cemetery also has Chateau de Caen. Built by
William the Conqueror around 1060 before he invaded England, it is one of the largest fortifications in Western Europe, and is the prototype of the medieval castles and fortifications that the Normans built in England in the 11th to 12th centuries.

Normandy is very picturesque and has been a popular subject of great artists for centuries. Most famous is probably Claude Monet, who painted his celebrated Garden and Water Lilies series in Giverny, where his house and garden continues to be a tourist destination. Normandy is also the setting for his great impressionist paintings Mouth of the Seine at Honfleur, View of the Rouelles, Le Havre; and his famous Etretat seascapes.

You can see up close and personal why Claude Monet, and master painter Eugene Boudin, found the Cliffs of Etretat so spellbinding. The view is even better from the top of the opposite cliff which has a stone chapel and a great perspective of the beach below.

Driving will allow you to see more beautiful buildings and bridges from the medieval period to the present when you visit Honfleur, Deauville, Trouville, Fecamp, Montivilliers, and Le Havre.

The buildings on the fish port of Honfleur will remind you of the buildings along the canals of Amsterdam. It is a very popular tourist destination and a great place to have seafood: the Moules (mussels) and herring are especially good here. 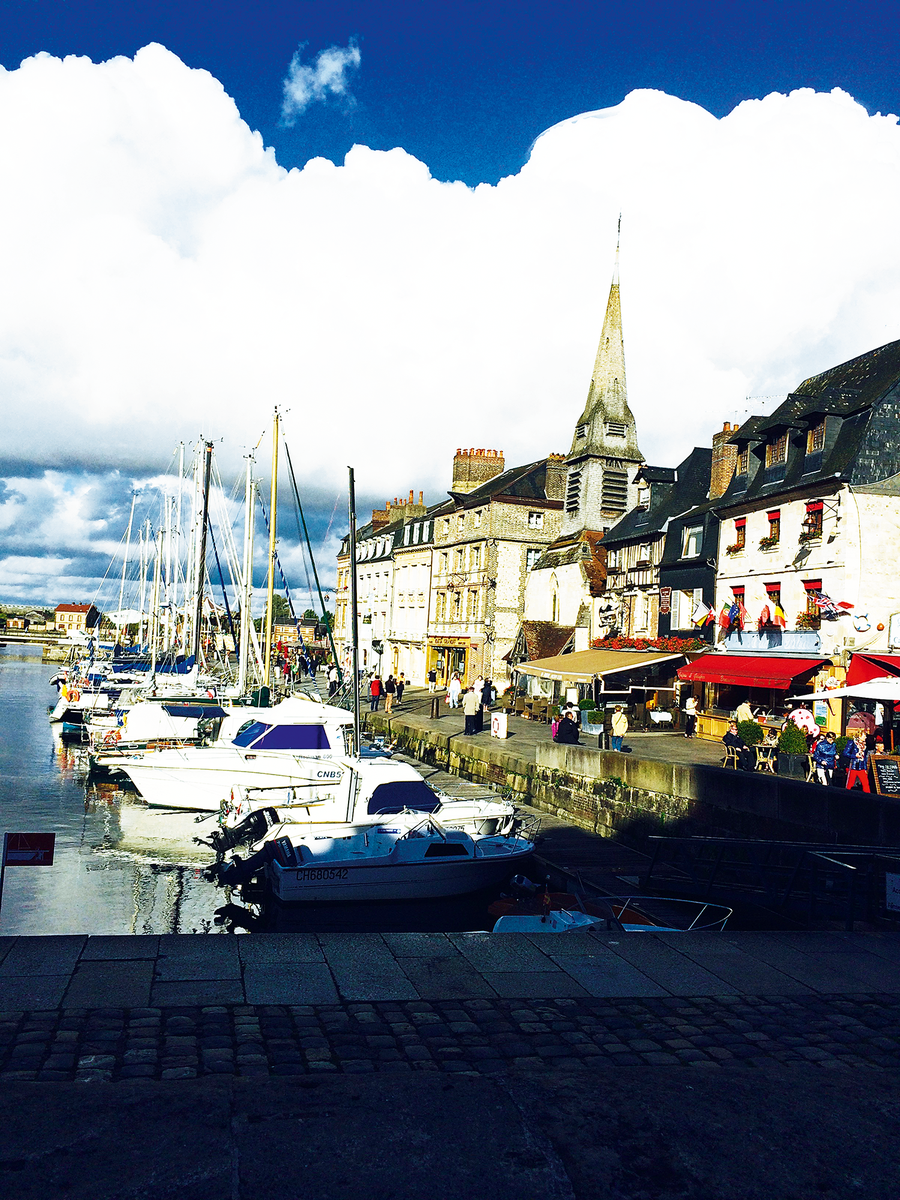 Deauville and Trouville are interesting places to visit. Popular among the local tourists, the expansive beach at Deauville is usually filled with sunbathers on sunny days. Stop by the local markets for a taste of the cheeses and pastries of this region.

If you’re interested in post-World War II architecture, you have to visit Le Havre. It was razed to the ground during World War II bombings, with over 12,500 buildings destroyed. Reconstructed as a planned city by Auguste Perret, it features concrete high-rise apartment buildings and numerous open public spaces. The approach to Le Havre from Honfleur is through the Normandy Bridge, a magnificent suspension bridge that is replicated in miniature as a pedestrian bridge in the docks area of Le Havre.

Words and Photos by Presy Alba