Neurobion introduces a sense glove to raise awareness on Neuropathy 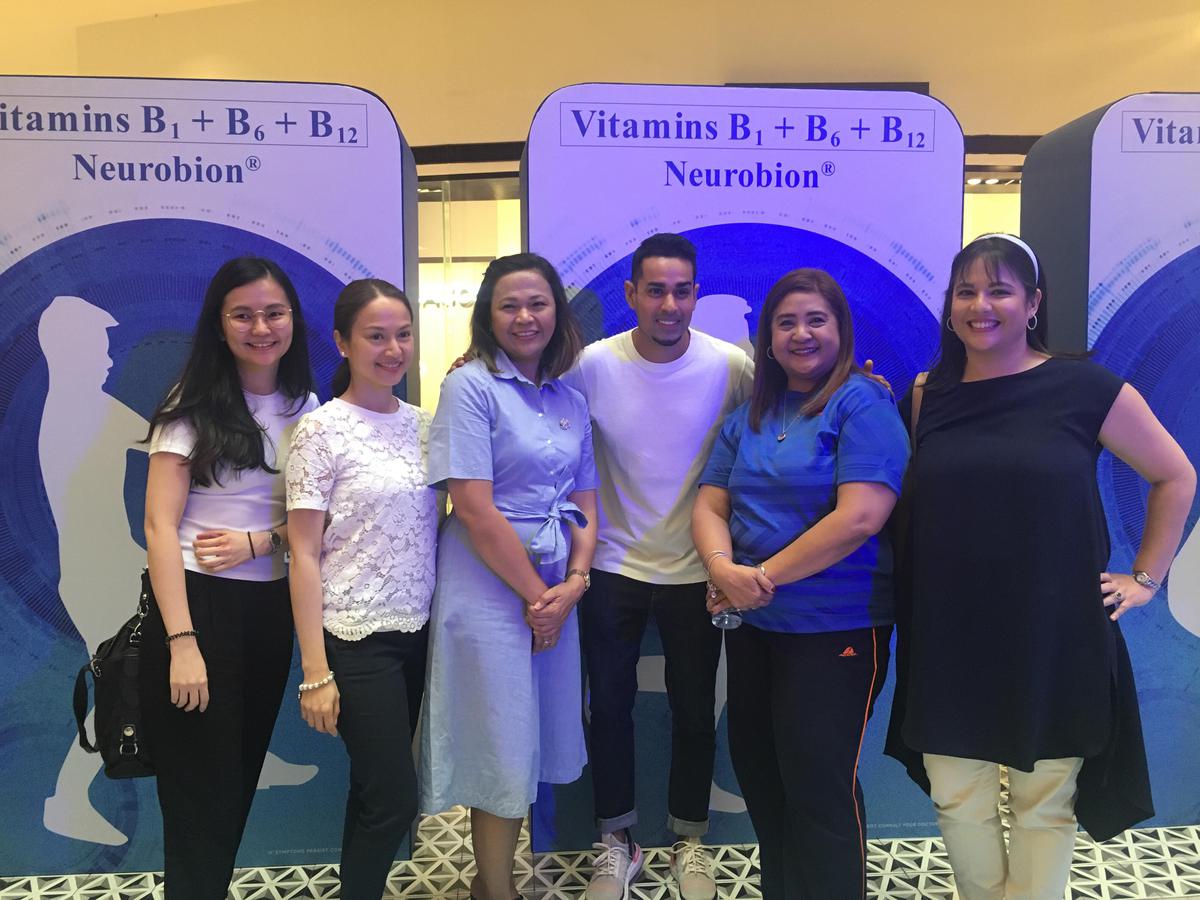 Neurobion recently held an activity to raise awareness of Filipinos on Neuropathy in Eastwood Mall.

Through its Sense Glove VR challenge, participants’ skills are tested in accomplishing simple tasks such as pouring milk into a glass. A haptic glove that provides tactile feedback, the Sense Glove enables users to feel and interact with objects in virtual reality. This breakthrough technology brings to light the effects of neuropathy. There’s also the Nerve Twist challenge which reinvents the classic Twister game by using everyday poses that strain the nerves, and the Nerve Wobble challenge that utilizes a wobble board to test a person’s ability to hold a pose for extended periods. Guests were assisted by celebrity Nerve Drill Instructors and Neurobion brand ambassadors Gabby Concepcion, Sam YG, and Suzy Entrata-Abrera.

“The activities are meant to familiarize people with the frustration of having undiagnosed Neuropathy–particularly not being able to do simple everyday tasks like commuting, cooking, standing for extended periods and picking up objects,” said Ming Arroyo-Cunanan, head of Marketing, P&G Health Care
Philippines.

Known in layman’s term as nerve damage, its symptoms usually include swelling, numbness, and stinging pain on hands and feet. It can also affect other areas of the body.

According to the survey recently conducted by Neurobion, 53% of the respondents admitted to brushing off symptoms of being sick. This means more than half of the population could already be feeling signs of neuropathy without them knowing.

Even more alarming is that 88 percent of the respondents admitted that they feel the exact symptoms of Neuropathy. But because the symptoms appear to be negligible, they’re deemed less important than the task at hand. 84 percent also say that they got frustrated when they are not able to do their everyday tasks.

You may experience the Sense Glove at the next Neurobion Feel to Win event in Lucky Chinatown Mall Atrium on September 21.