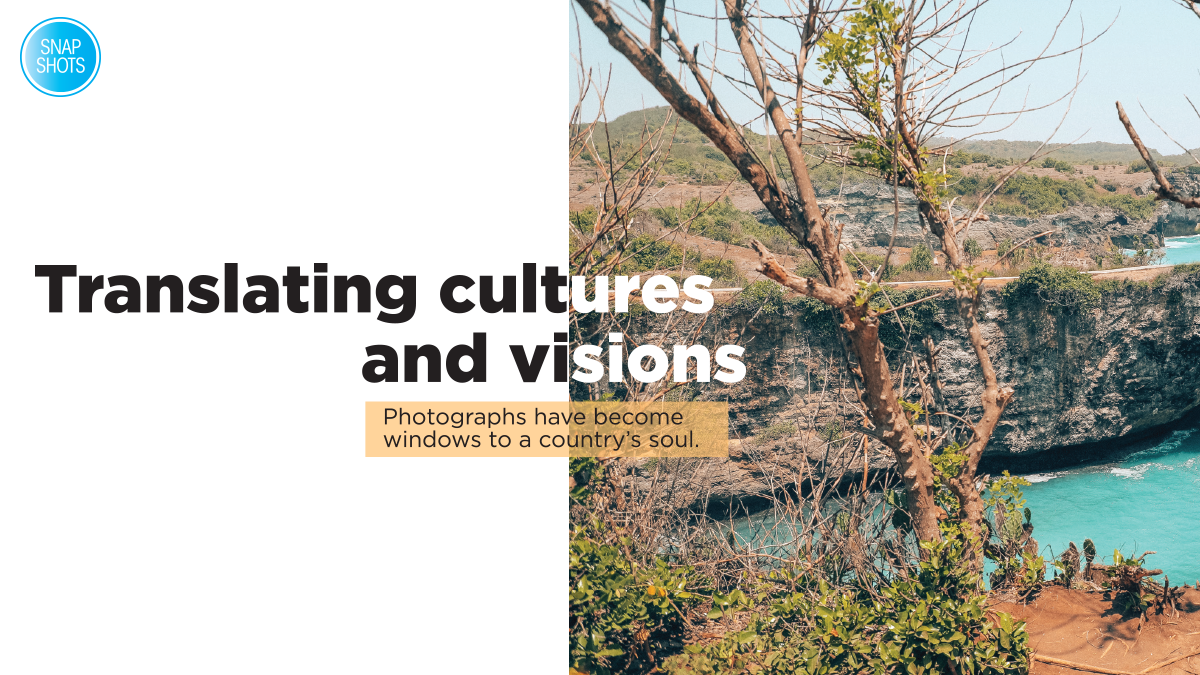 These days, we first discover a country’s culture through photographs taken by people who dared to get out of their comfort zones and see the world. The lens is a silent witness that allows us to see the once untold stories. This is what travel photography exactly does. It gives us a sense of belonging as citizens of the world. And with Drey Go, these kinds of stories must be immortalized.

Christian Dree Masangcay, or Drey Go to his friends and colleagues, is a visionary. During his early years at UE Caloocan, he decided to start his own production group with his close friends which made a number of short films and covered big events in the university. Black Cookies Productions grew into a small company which has been providing documentation services for weddings, debuts, and birthdays.

Initially, the AB Communication Arts graduate is looking at becoming a filmmaker. But he soon discovered the beauty of still photographs during one of his trips and soon embraced being a photographer.

“Mostly, I translate my ideas with wide angles to show what’s really going on,” Drey said.
“Sometimes, I use prime lenses to showcase the subject.”

Drey’s specialization ranges from human interest to portrait, but his forte lies in travel.

A self-confessed heavy packer, Drey brings a lot of equipment on his trips. His primary shooter is the Canon EOS 1DX Mark II which is often equipped with either a standard 24-105 mm zoom lens or a 35 mm and 85 prime lenses. He also keeps filters inside his camera bag to produce enchanting and magical outdoor photos. For hyperlapse and timelapse, his go-to gears are the Canon EOS 80D and the DJI Mavic Air Drone. Reliable for underwater shots, he always makes sure to toss his GoPro Hero 7 in a hand-carry bag.

Frequently traveling with his girlfriend, the professional videographer and editor mostly shoots in RAW format but always keeps a backup file. He always doubles the effort to make sure that he gets what he had envisioned before going on the trip. As someone who wears many hats in content production, photography gives him more creative freedom because he can present the world in different perspectives.

He happily said that his most favorite photograph was shot in Kota Kinabalu, where he’s dancing with his girlfriend on the beach with a breathtaking sunset on the background. Unleashing his inner visual storytelling skills, he grabbed his tripod and made a setup which gave him the result that he wanted. Upon posting the photo on his feed, Shangri-La Rasa Ria, a luxury resort in the coastal city, noticed his photo and shared it on their page.

Drey wants to inspire others through his photography.

Through his personal page, Visual Transit, he shares his travel videos and photos taken from his local and international trips. And just like any other travel photography enthusiasts, he hopes to collaborate with other big names in the industry. His ultimate dream is to take a drone shot of Madrid.

He doesn’t have a concrete photography philosophy, but he always follows his personal mantra: do what makes you happy and keep doing it for the rest of your life.

When asked about his message for fellow shutterbugs, Drey has this to say: “Never stop learning, always be humble, and ask. It’s okay to be vulnerable and feel stupid sometimes. It’s part of everything. Have a clear purpose on why you will do it, and execute! That’s the most important part because if you keep dreaming, it will only be a dream for the rest of your life.”