How the home became smart 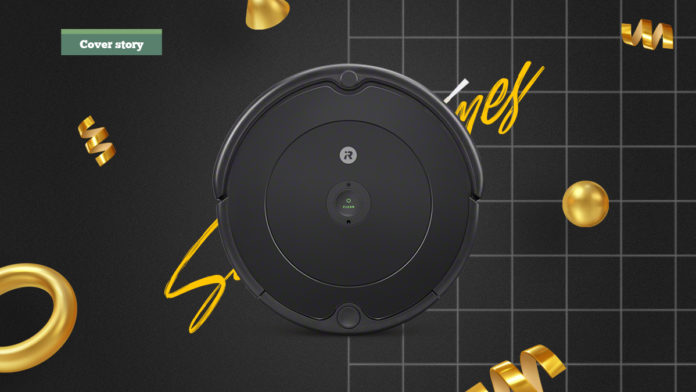 When we talk about a smart home we think of smart speakers with AI listening to our every command, gadgets that spring into action once we step in or out of our homes, and a single remote – our phones – to control everything in our abode.

It’s an exciting idea, but a modern one. You see our idea and concept of a smart home has changed over the years, thanks to the arrival of flagship tech. These techs were so innovative that they resulted in a paradigm shift on what we want and what we can achieve.

Here are just three of the most influential tech that changed the way we think of our homes.

The Roomba, automating the house

One of the most notable inventions that sparked the smart home revolution is undoubtedly the robot vacuum cleaner. This adorable puck-like robot is a staple in most modern smart homes because of its efficiency and convenience. It was also one of the early adopters of artificial intelligence to masterfully clean the house.

Robot vacuum cleaners took shape in the late 1990s with Electrolux and its Trilobite robot vacuum becoming the first robot vacuum as we know it. In 2001, Dyson demonstrated their own version of the robot vacuum, but never really hit the market. In September 2002, the Roomba was introduced by iRobot, a robotics and artificial intelligence company founded by former members of MIT’s Artificial Intelligence Lab.

The Roomba was an iconic tech milestone because it was extremely affordable coming in at around USD200 at the time. It wasn’t a slouch either, it had three buttons to determine the room size, and advanced sensors to avoid obstacles including a cliff detection to prevent it from fall down ledges or stairs. For most Americans, it was an opportunity to bring future tech into their homes.

The Roomba would become a must-have home appliance. Because of its success, iRobot now has nine generations of the Roomba and remains a top choice for many consumers.

The WiFi and wireless revolution

If there is a technology that literally changed the way we live, it’s WiFi. We use it every single day for work, school, leisure, and even home chores and comfort. A smart home is nothing without WiFi and the internet because it is the most common wireless protocol for smart home products.

WiFi as a Wireless Local Area Network (WLAN) localizes devices that are connected to a single network. All these devices communicate with each other through the 802.11 protocol. WiFi was also created to work seamlessly with Ethernet which is a Local Area Network (LAN) wired Internet protocol. That’s why we commonly interchange WiFi and Ethernet when referring to internet connections.

WiFi changed modern smart homes by leveraging the internet as part of your home. Moreover, the rapid and mass adoption of the protocol gave users the convenience of setting up devices. Just connect the smart device to your WiFi Router and it will automatically be part of your home network.

WiFi also paved the wave for IoT and AIoT which uses AI to determine the user’s wants and habits to provide them the ultimate comfort in their home.

The Amazon Echo and the rise of AI assistants

Undoubtedly the most important device to change our perception of a smart home is the smart speaker. This relatively new device has shifted the way we interact with our home and our appliances and devices. It has also evolved from its original purpose of being a speaker that connects to the internet, to a device that manages all internet-connected devices as well as other smart devices in your house.

What sparked this smart home revolution would be none other than the first generation of the Amazon Echo released back in 2014. It was the first product that featured Amazon’s AI assistant Alexa, who was able to recognize and differentiate your voice and commands. She could recognize commands from any member of the household and depending on that could respond differently, giving her a personal touch to users.

As Amazon worked on improving Alexa, Google with voice assistant, and Apple Siri, they slowly integrated devices with the Internet of Things (IoT) into their system. This was the game-changer for the smart home. Prior to Alexa and the Amazon Echo, IoT devices were in their infancy, and brands needed their own apps to command their proprietary devices, as many still do today.

With the three main AI voice assistants improving, they slowly opened their resources to recognize which app controlled which device. From this starting point, the smart speaker has transitioned to being a smart hub, an all-in-one device that allows smart device owners to control all their devices on a single “hub”.

Soon enough these were also integrated with their own app/feature in mobile devices. Google Home and Amazon Alexa are at the forefront of integrating smart hubs into your smartphones and then to their own cloud services. So now wherever you are, you can still control your smart devices as long as you have a connection to the internet.

With these technologies still evolving, there’s no telling how our homes will be transformed in the foreseeable future.

Streaming: How the net took over TV