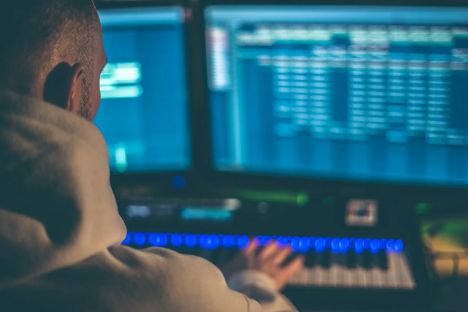 Behind every song we enjoy is the creativity of a music producer. Even the most popular Filipino singers have a record producer who ensures the musical piece is a masterpiece.

From the kundimans of yesteryears to Michael V’s rap parody, the Apo Hiking Society’s classic hits, and Jose Mari Chan’s soothing hits, a Filipino music producer is orchestrating the activities that lead to an MTV Philippines or Awit Awards hit.

Unsurprisingly, many Pinoy audiophiles would want to know what the country’s foremost record producers are cooking. If you also want to be in the loop, here are 10 Filipino music producers to follow.

Undoubtedly one of the most popular Filipino singers, Gary ‘Mr. Pure Energy’ Valenciano is not only a phenomenal singer. He is also a well-respected music producer behind some of the country’s most enduring songs.

Married to Angeli for 27 years, he draws inspiration from his unwavering Christian faith and love for his family, especially his three kids. He composed and recorded many hit songs by some of the country’s legendary artists, including Sharon Cuneta, Martin Nievera, Jed Madela, Rachel Ann Go, and more.

It will not be surprising if Spotify includes Gary V’s creations in its listening trends for the quarantine.

A certified Ilonggo, Venancio ‘Vehnee’ Saturno is the brains behind some of the country’s greatest hits, starting with the 1982 Metro Manila Pop Music Festival’s Isang Dakot for Best Composition.

Vehnee is also the creative soul behind Martin Nievera’s classic Be My Lady and other popular hits, such as Sana Kahit Minsan, Till My Heartaches End, Ako’y Ako, Forever’s Not Enough, Nag-iisang Ikaw, and Sana Kahit Minsan.

He is also the genius behind the musical score of top-grossing Filipino films, amassing awards after awards. Saturno is a three-time FAMAS and five-time FAP Awardee for his musical ingenuity in the movie industry.

Who can forget Janno Gibbs’ Ipagpatawad Mo, I Believe in Dreams, and Ikaw Lamang? These popular ballads have become the favorite of wannabe singers from all walks of life – from karaoke bars to neighborhood ‘tambayans.’

What you might not realize is that Janno is also one of the most respected music producers in the industry. He produced Little Boy in 2007, containing seven original compositions, and followed it up with Orig that featured 11 of his creations. The Janno Gibbs Anthology has 18 of Gibbs’ compositions.

Unsurprisingly, the country’s King of Soul is worth following.

Rivermaya fans know Nathan Azarcon for his exceptional songwriting, bass-playing, and electrifying vocals. What they might not realize is that this Southeast Asian cultural advocate is also a record producer. Nathan is a recipient of many awards from MTV Pilipinas, NU Rock, Katha, and Awit.

Growing up in the 1990s, it is impossible not to feel and sing Ulan, Awit ng Kabataan, Himala, 214, and Kisapmata. A Lasallian and a Tomasian, Azarcon uses his robust cultural advocacy and love for music to create some of the most enduring Pinoy alternative rock songs to date.

What does Paano Kita Iibigin and No Other Woman have in common? These Pinoy blockbusters won the Best Musical Score Award at the Star Awards for Movies and Luna Awards, respectively. Both are also creations of Raul Mitra.

While Raul has his musical production ingenuity on target for the silver screen, his collaborations with artists in the music industry are noteworthy. He is a composer, songwriter, arranger, pianist, keyboardist, and musical director that people in the industry have come to respect.

You might know him as Tommy Diones in the Kapuso Network’s Pepito Manaloto. But, did you also know Ronnie Henares is a talent manager, musician, and music producer?

No less than Asia’s Songbird, Regine Velasquez, and Asia’s Nightingale, Lani Misalucha, have been under Ronnie’s caring wings. Unsurprisingly, Henares is behind many of Regine and Lani’s greatest hits, wowing Pinoy fans and foreign audiophiles with their vocal excellence.

Cattleya Vanessa ‘Cattski’ Espina is a Cebuana singer-songwriter, indie record founder, musician, and record producer. She has 14 talents in her 22 Tango Records and Music Publishing, complete with more than 200 titles in their collection. In 2017, she opened the Room Eleven Recording Studio to ensure higher-quality music production.

Although Cattski focuses more on local talents, it is only a matter of time before the rest of the archipelago notices her music production wizardry. After all, few Philippine dialetic regions can match the vocal prowess of a Cebuana.

One of the most trusted names in Philippine songwriting, Jungee Marcelo also happens to be the brains behind many OPM hits. He loves songwriting competitions, and is known for Jolina Magdangal’s Super Pinoy, Noel Cabangon’s K Naman, and Daniel Padilla’s Nasa ‘Yo Na Ang Lahat.

Being the son of the Philippines’ Concert King, Martin Nievera, and Pops Fernandez is no pressure for Robin Nievera. This record producer and singer-songwriter has enough titles to his name that people believe Robin is his man.

With a degree in music production from DLSU-College of Saint Benilde, Robin used his musical competence to produce No More Words in 2012, Nightmares in  2012, and Dare in 2016. Fans cannot wait for what this young music producer has in store.

Winning the 2015 PhilPop Award for Trianggulo underscored the musical ingenuity of this young record producer. In September this year, Thyro Alfaro released his Bagon Buhay Volume 1 EP under his Diwang Records label.

Thyro wrote the songs of some of the Philippines’ fastest-rising stars, such as Sarah Geronimo, Nadine Lustre, James Reid, Donnalyn Bartolome, and Shehyee.

These 10 Filipino music producers to follow continue to do what they love. They collaborate with the most popular Filipino singers to give audiophiles, both here and abroad, the music they deserve. That is Pinoy talent to the fore.

Paint the town purple with #SpotifyPurpleU