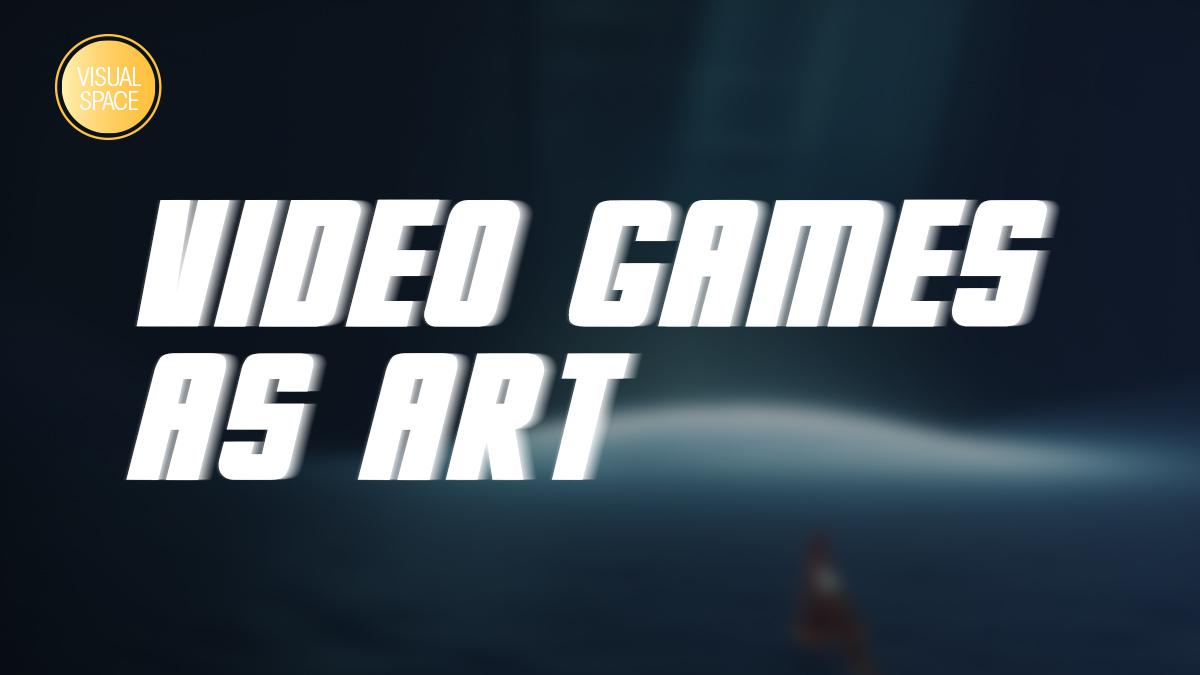 Thanks to the progression of technology, video games have come a long way in their acceptance into mainstream society. As more and more people play, the general population has started to see what gamers have suspected for a long time: video games, as banal and childish as they might seem, can actually be viewed as works of art. Whether it’s because of its visual style or, like a movie, its storytelling, these games wouldn’t be out of place among movies and paintings that have earned recognition as art.

Art can be described in many various ways depending on the understanding and appreciation of the person being asked. One of the more central ideas of it though is that it’s a piece of work that expresses creativity and imagination, whether or not it’s meant solely for the sake of appreciation. In this regard, there are some games that stand head and shoulders above others as an expression of art. This is a list of those outstanding games. To be clear, this isn’t merely a list of games with good graphics, as hyper-realistic graphics alone isn’t a hallmark of art. It takes something greater than that—something we hope you’ll understand after experiencing some of the titles below.

Journey is an older PS4 game that is exactly not about the destination, but the experience of getting there. That game company’s excellent 2012 title follows in the footsteps of their other critically acclaimed games Flower, and Flow, and continues their approach of making visually striking titles that are more about the experience than achieving a particular goal. In journey, you’re a nameless, faceless traveler making your way through beautiful, barren landscapes to a destination far, far off into the distance. You’ll occasionally run into other travelers such as yourself, but you can’t interact, save for a few pre-programed melodies you can sing together. The game itself is about quieting yourself, taking in the view and getting introspective—all fine artistic goals in and of themselves.

Where Journey was a work of art in its simple beauty, The Last of Us 2 is a master class in storytelling. Set against the backdrop of a post-apocalyptic world fallen to a violent pandemic, it follows the stories of Ellie, a survivor who has been through much more than her years might lead one to believe, having to deal with internal and external conflicts that cause the player to reexamine their own moral judgements. The most remarkable aspect of the game is how it manages to induce in the player the same feeling of hate that drives Ellie forward, sometimes recklessly, through some genuinely harrowing and difficult situations. Playing the game feels like watching a good movie, with great acting and solid, believable characters. This is one that proves games can be narrative works of art.

While the parkour-driven Mirror’s Edge doesn’t have the most substantial story, it does have a very striking, clean, sterile world that perfectly echoes the way society had changed in the game. Plenty of time is spent on roofs in this game, and while the architecture might be considered art, it’s how the player moves through the lines made by the environment that makes it particularly artistic in my eyes. Video Game artistry in particular isn’t just how a world looks, though this one does look gorgeous. Something particular to video games is how they let people interact with the world, and Mirror’s Edge takes that specific aspect of games and executes it in a beautiful, even artful manner. Like lines in a painting that draw the viewer in, this game offers new, fresh paths and lines that players can traverse, taking you through the already striking cityscape you’re placed in.

This underrated classic takes the familiar Hong Kong blood opera and turns it into a video game, with the expected results. While, like other Heroic Bloodshed films, the story isn’t particularly substantial, it elevates the shooter into John Woo levels of cinematic perfection. The action is totally over-the-top, even unbelievable, but you can’t deny the artistry behind it. You literally play Chow Yun Fat as Hong Kong detective Tequila (the same one from the John Woo’s movie Hard Boiled) as he confronts the consequences of his actions from the movie. John Woo is the name in Hong Kong action movies, and to be able to play the main character in one of his films is an amazing experience. This game takes a lot from the director’s cinematic bag of tricks to make a game that is equal parts shooter and John Woo action movie.

There are arguments that video games aren’t art, and that’s definitely the case for some. As culture, technology, and acceptance progress though, that’s bound to change, and even if we’re not all in agreement as to the status of these titles as art, they still certainly blur the boundary. If you have a chance to play some or all of these games, give them a try. The art lover in you will appreciate it.