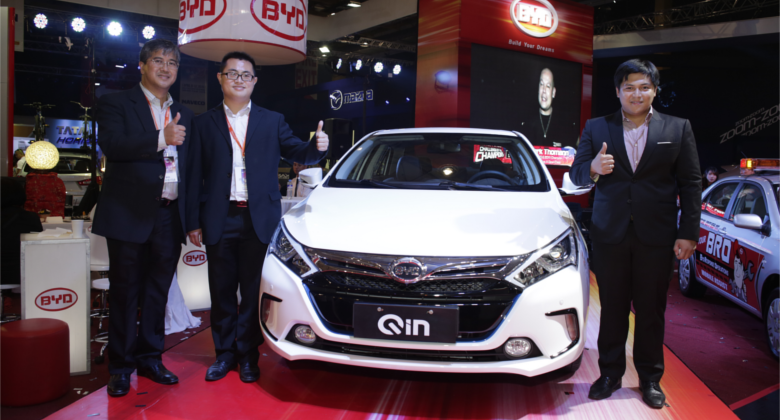 Named after China’s first emperor, the Qin unifies various automotive technologies for a ride that’s as fuel-efficient as it is powerful. The dual-mode hybrid has a power train cranking out 300hp and 440Nm of torque enabling it to go as fast as 185kph, while getting it from a standstill to 100kph in less than six seconds.

It also features a HEV-ECO mode which sees the electric motor running everything from zero to 40kph, only starting the gasoline engine when it’s past that mark. While both gasoline and electric engines are running at the same time, the Qin can go more than 50km/l. Meanwhile, it has a range of 70km when utilizing only electricity.

Two options are available for charging the vehicle: a special pre-installed wall charger which can charge it from zero to 100 percent in three and a half hours; and a 220V mobile charger that fully charges it in eight hours. Each full charge costs around PHP 100 given current Meralco rates.

“One of BYD’s thrusts is the refinement and promotion of hybrid vehicle technology as a viable solution to the problem of exhaust emissions and global warming,” said STAR Corp. managing director Mark Tieng.

“This is the reason why we at BYD Philippines cannot be more excited to bring our second-generation plug-in-hybrid sports saloon into the country. Indeed, this marks another breakthrough in the automotive industry as the Qin is a new benchmark in automobiles. To be able to make this wonderful vehicle available to the public is a dream come true for us.”