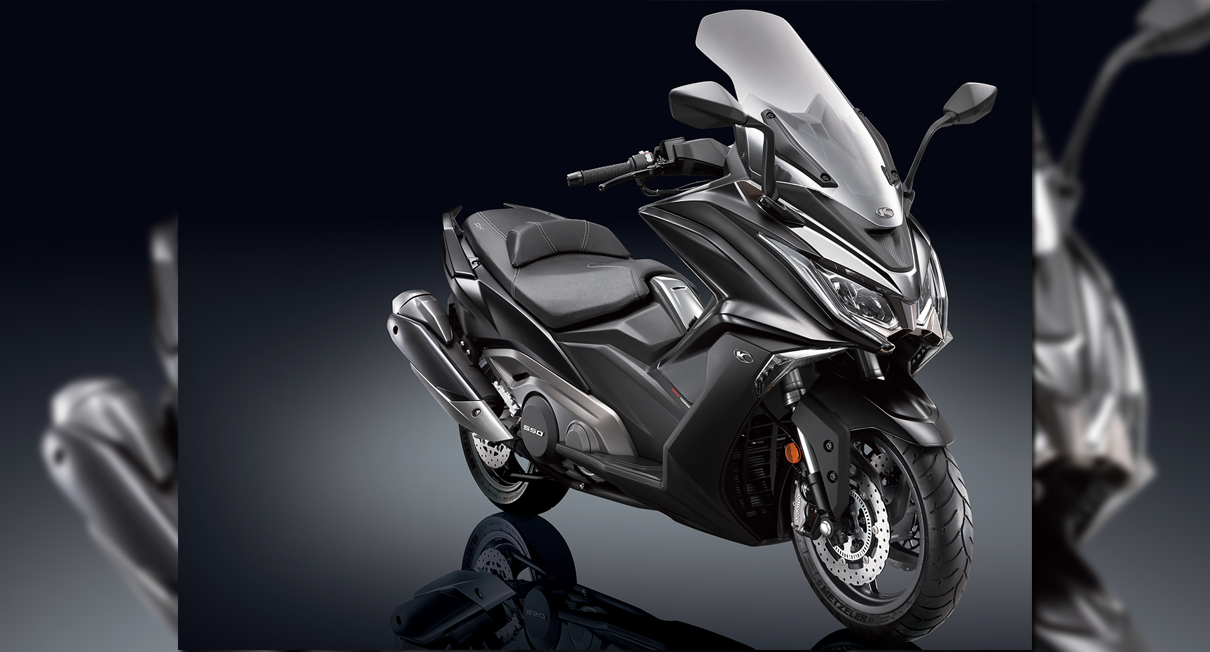 KYMCO Philippines, Inc. set the stage for the introduction of the AK 550 Maxi Scooter at the 2017 Inside Racing Bikefest held at the World Trade Center in Pasay.

The AK 550 is the production version of the K50 Concept which began to take shape in 2013 at the KYMCO headquarters in Taiwan, later unveiled at the Tokyo Moto Show in 2016.

The AK 550 has a 41 mm upside down fork front suspension and a horizontal trailing arm rear suspension. The breaks consist of a Brembo double floating disc front brake and a single disk rear brake, equipped with the new generation Bosch 9.1 Anti-lock Braking System.