Travel: All Over the United Kingdom

21 Oct 2018
ArchivesTravel: All Over the United Kingdom 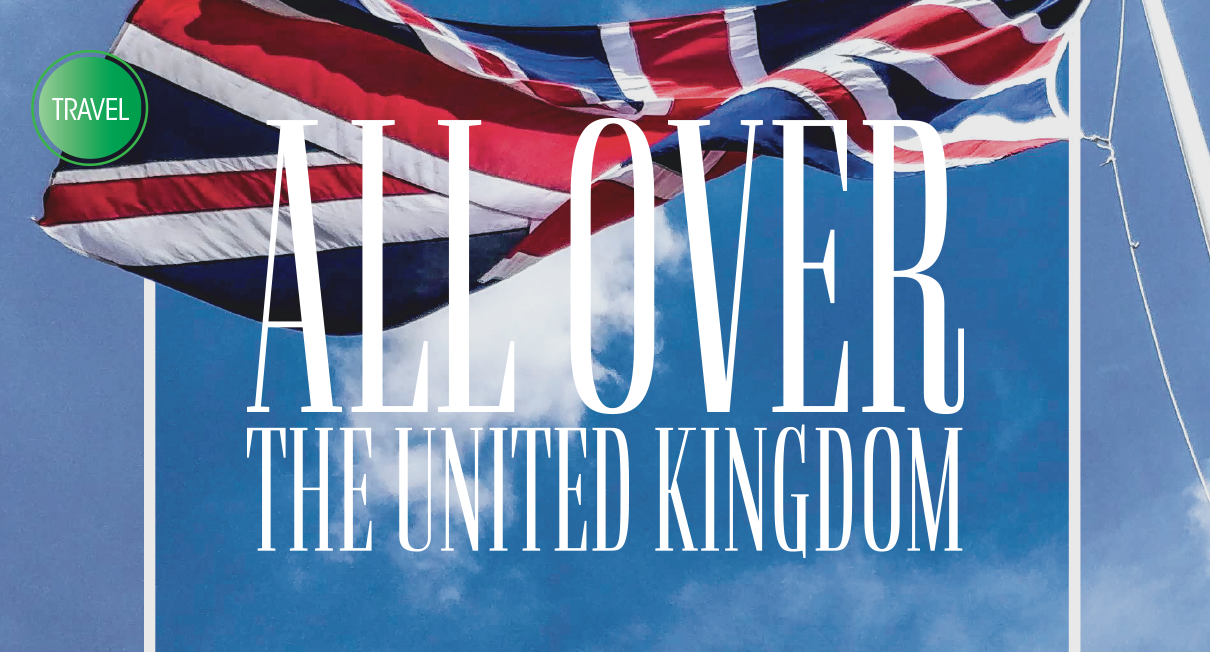 There are a few things you should prepare before the start of your trip. Firstly, internet connectivity. From navigating the trains and buses, to finding restaurants, and staying in contact with the rest of your party, your own internet connection is a must. You have a few options, though likely the most convenient is a prepaid sim that will work with the carriers in the UK. I was able to find one online for just over a thousand pesos, with about 10 GB of data. That was plenty, with a lot left over after the trip. You’ll thank yourself later. Also, there will be a lot of walking in usually cold weather, so be prepared.

Now, off to our first destination, London!

We were a big group, so we opted to book a largish AirBnB near central London. This turned out to be a great idea despite the high price for lodging, since the nearest tube station was less than a ten minute walk away, plus there was a Tesco right down the street, which helped us save a few pounds a day on food.

Getting around London is best achieved through the use of buses and trains. The nice thing about the system is that traveling through the interesting parts of the city doesn’t cost too much. Once you spend the equivalent of about three train rides, all your other rides for the day will be free. There are a lot of things to visit in the city, with plenty of museums to see, and history to take in. Those are easy enough to find in guides and online (don’t skip the Tower of London, or a play at West End), but one museum did stand out for us.

The Imperial War Museum is located in a quiet little area in the city was the highlight of our London museum visits. They have plenty of artefacts from different conflicts throughout history, including a pair of imposing naval guns at the front of the building. There are a number of free and paid exhibits, so be prepared to set aside a good portion of your day for this location. The Great War exhibit alone took up about two hours of our time, and we came out of it with so much more knowledge than we arrived. It was sobering, terrifying, and awesome all at once, and I would recommend it to anyone with even the most remote interest in the history of war. I cannot overstate just how good a visit to this museum would be. It really is quite massive, so should you need a break from all the walking inside, you can have a quick spot of tea at the museum cafe, before you head back out to the displays.

A few days in London, and you’ll want to have a change in scenery. Having had our fill of the busy city, our group then moved over to Cardiff, in Wales, where we had another AirBnB home waiting for us. Yes, I realize that Cardiff isn’t the most happening place on the planet, and yes, there isn’t a whole lot to do there, but it was the perfect jumping off point for other places we wanted to visit. Before the tourist sites, another few tips. Our Cardiff BnB had a full kitchen, with a dishwasher, which was a huge bonus, and we used both a lot. You do have to be aware about sorting the recycling, as they do tend to be fairly strict about it. This will save you the trouble of having to sort everything out right before you leave.

A trip to Bath should be a given if you’re close enough. From Cardiff, that’s just about two hours, and about 30 GBP both ways. You’re going to be spending a whole day there should you go, including a two-hour walking tour, and a paid tour of the old Roman baths that the city was first built around. There’s also the old cathedral, and Pulteney Bridge, which was in a quick scene from the Les Miserables film. Be aware that places do close rather early at Bath, as to places in Cardiff, so plan your day smartly. There’s a lot of architecture to take in here as well, so take your time, a full battery for your camera, and all the photos you want.

Another wonderful destination from Cardiff was Caerphilly Castle, in the small town of Caerphilly, still in Wales. The castle is beautifully photogenic, and boasts one of the most complicated water defenses of all the castles in Europe. There are plenty of things to see, and while it’s not quite as grand as some of the other castles we got to visit, it remains one of my favorites because of its exterior, as well as the story of the people behind the castle walls.

From Bath, we took a small plane to Belfast in Northern Ireland. Belfast is a small city with a chaotic history as recently as the ‘90s. We took it upon ourselves to learn about The Troubles with a paid walking tour that talked about the history and reasons behind this conflict, and the effects that carry on to this day. We got to know about the city’s past, as well as take in a few of the city sights on the way. This is a historical tour above all else, and might not be for everyone, but if you want to take your travels past just pretty photos, and really learn about the place you’re in, this is an excellent way to do it.

Belfast also served as the jump-off point for a Game of Thrones tour, which took us all over the countryside, to actual filming locations used as the setting for the Iron Isles. Our guide, an actual Game of Thrones extra, took us through several locations, with comprehensive descriptions, videos, and a thorough explanation of what it was like to be in the show. The coastal area can be brutal though, with high winds, low temperatures, and some steep drops, but it was all worth it. Even if you aren’t a GoT fan, the landscapes are amazing, and well worth the trip.

There was so much more to see and do, and I’d like to do the trip justice, so hang on for the next installment, where we talk about the Scotland leg of the trip!

Words and Photos by Ren Alcantara