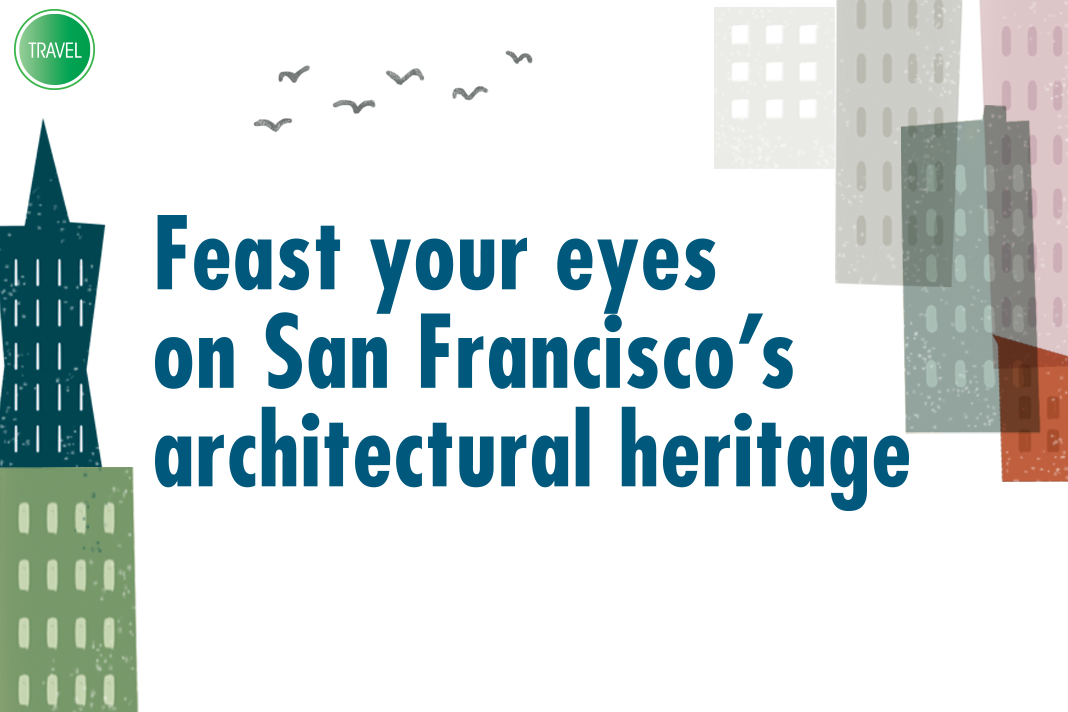 Growing up, I didn’t realize that the song “I Left My Heart in San Francisco” by American singer Tony Bennet would, one day, have meaning to me. I thought it was just a popular song with a really lovely melody until I was given the opportunity to visit the City by the Bay.

San Francisco is, indeed, an enchanting city. To say that I was smitten is an understatement. The Bay City has been holding my heart prisoner for a long time now and going back is not an option but a must.

I always liken San Francisco to a children’s pop-up book. Some of the houses in the iconic streets look like those in storybook fairy tales. Its architectural heritage, according to Curbed San Francisco, is inspired by Gothic, Queen Anne, Tudor, and Victorian styles, to name a few. Scanning the streets was always a treat.

One of my most memorable accidental stops was the one at Grace Cathedral. I was looking for another tourist destination and couldn’t find it. I did not use any navigational apps because I wanted to explore the city using the exceptionally detailed map, which was very easy to understand, that I got from the lobby of where I was staying, Fort Mason.

Grace Cathedral is an Episcopalian Church located at Nob Hill (which is really hilly). Online information says that its architecture is inspired by French Gothic similar to the recently razed Notre Dame in Paris. If the facade is inviting enough, inside is a jaw-dropping design of huge stained glass as well as several murals that depict significant events in the city’s history. It was quite a treat not only to the eyes but also to the soul.

The San Francisco City Hall, designed by architect Arthur Brown Jr., left me dumbfounded when my feet led me there. I think I lost my way for the nth time and I found myself in front of this commanding architectural wonder. The massive dome, which stands at 307 feet, is visible in some of the hilly streets of the city. It was inspired by Baroque domes in Paris. The sprawling open space is as beautiful in the evening as it is in the daytime.

The San Francisco Chronicle Building stands out among the uberly urban design in downtown San Francisco. It is a must-see for every journalist or writer like me. The monochromatic building was designed by the Chicago architects Burnham & Root. After the 1906 earthquake, which damaged the city significantly, Willis Polk, a native of San Francisco, rebuilt the building.

Still, the Golden Gate Bridge rules them all. Yes, I did cross the bridge when I got there on foot. It was mid-afternoon when I got there via the free bus that roams every few minutes from the pickup point in Presidio. The connection I felt was indescribable. I think it was there that I vowed to come back for a visit, if not spend the rest of my life there.

The steel bridge was completed in 1937 with the initial objective of replacing ferry rides from the city to Marin County to the north. The towers on either end of the bridge stand at 746-ft tall and the deck is 90-ft wide. While it still serves its purpose of connecting one end to another, it has turned into an icon that represents everything San Francisco.

I actually wanted to see the house where “Princess Diaries” was shot. But for some reason, I found myself admiring “The Painted Ladies” in the mid-morning sun. I sat under a tree across from the street quietly playing Beyonce’s “Single Ladies” in my head.

The brightly colored Victorian houses were built between 1892 and 1896. Web writeup says that artist Butch Kardum, who is from San Francisco, experimented with bright hues on his own home. Several houses in the neighborhood followed, which led to what is now among the most visited places in the Bay City area.

It was originally built as a venue for the 1915 Panama-Pacific Exhibition. Today, it is not only a famous tourist destination but also an events place. Its design was inspired by Greco-Roman heritage. The enormous colonnades also boast of impressive and meticulously designed ceilings. Its surroundings are peppered with flowers, gardens, and lagoons.

I was extremely lucky to have found Fort Mason as the place to stay during the break from work. I had the luxury of lounging on the grass along with others who brought their pets at the park while feasting my eyes on one of the most beautiful creations in the world while the sun sets.

The song is true. Anyone who’s been to San Francisco surely left his or her heart in the Bay City.