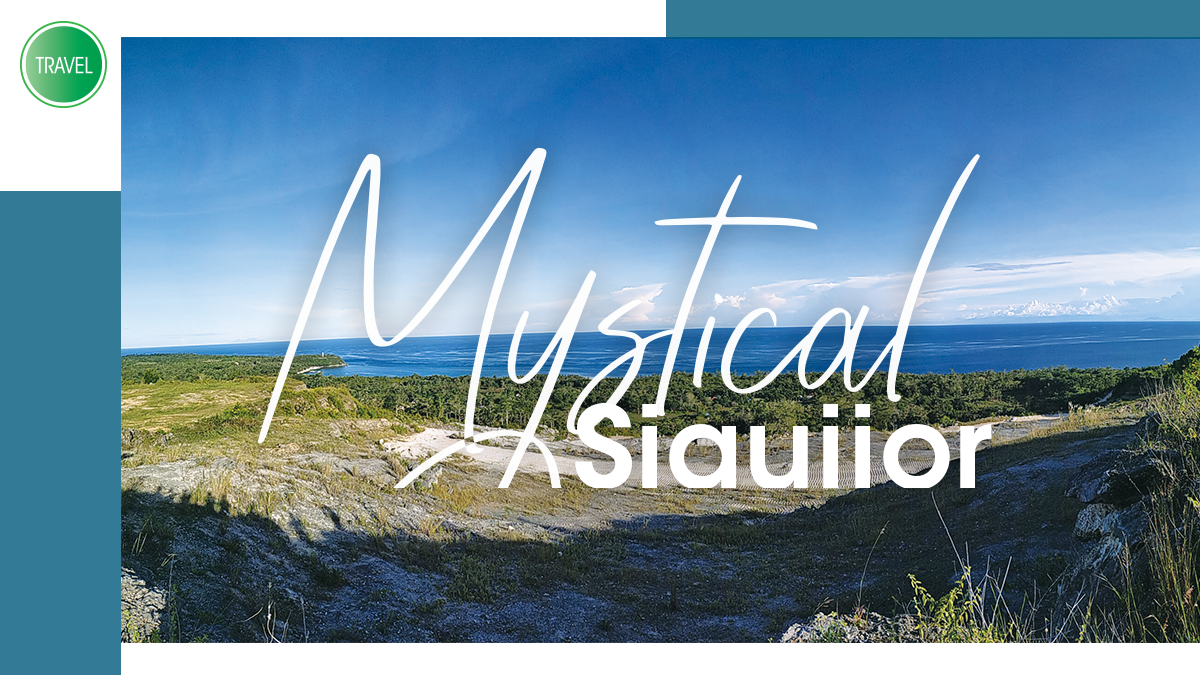 When I told my family that I was going to Siquijor for a media drive, they were excited for me at first but when it dawned on them where I was going they were quick with all of the reminders: don’t do this, always say this, and so on and so forth. If I had been going to a different location they might have eased up on the unnecessary reminders and nagging, but their initial concern may be because of the reputation Siquijor has in the minds of most Filipinos.

Most elderly Filipinos believe that the island is home to manananggals and mangkukulams. The island had a reputation for being mysterious, elders warned that those who go to the island never came back. As soon as I saw the island, I knew that they were right. Once you experience the island paradise you’ll never want to leave.

Getting to Siquijor is a bit of a challenge since it’s only accessible by sea. From Manila, we boarded a plane to Dumaguete before boarding a ferry to the island. A word of caution though: you’ll want to consider motion sickness medicine prior to boarding the ferry since the whole journey lasts about an hour.

Since we were part of the Nissan media drive, everything had already been taken care of. However, if you’re planning a visit to the island, it has a variety of resorts fit for different kinds of tourists. We stayed at the Coco Grove resort which is one of the biggest on the island. It may be a bit pricey compared to other smaller resorts, and farther from all the tourist spots but its gorgeous beachfront makes it worth the trouble. The staff were also extremely friendly.

As the third smallest province in the country, you could very well visit a majority of the island’s tourist spots in a single day. However, we highly discourage that since you’ll definitely need quite a while to fully enjoy the sights. We recommend taking at least three days to enjoy the island.

Since Siquijor is one of the smallest inhabited islands in the country, most of its tourist spots are the pristine beaches. One of the most well known is Salagdoong Beach with its turquoise waters and white sand. You’ll want to visit this beach in the afternoon during high tide to experience diving in its waters.

Nothing is more mystical and supernatural in Filipino mythology than the Balete tree. Widely believed to house spirits, it’s no wonder that the tree is often revered and respected especially in the provinces. Siquijor’s centuries-old Balete Tree is no exception. When visiting the tree make sure to wear slippers or easy to remove footwear to experience the fish spa underneath its shade. Afterwards, you can buy souvenirs at the shops beside it, or enjoy a snack at the nearby restaurant.

Apart from the gorgeous beaches all around the island, the mostly untouched forests also house some of the island’s greatest secrets. Among these is Cambugahay Falls, small waterfalls whose clean and clear waters are perfect for a swim. If you’re adventurous, be sure to try the Tarzan swings. Otherwise, just stay for a nice refreshing dip in the water.

The San Isidro Labrador Parish, or most commonly known as the Lazi Church is a sight to behold. The church was first built in 1857, but the current structure is from 1882 and was constructed with a mixture of sea stones and wood. The church is among the few remaining grand Spanish churches in the Philippines and has been called one of the best in the country. The church was also declared a national cultural treasure by the National Museum in 2001. Stop by to take in the architecture and maybe say a little prayer while you’re at it.

Siquijor is not all about nature. The island is also home to some of the oldest churches in the country. Some of these churches retain their Spanish elements and are still being used up to this day. One of the largest and oldest in the is the Lazi Convent and Church. The Lazi Convent used to house the Augustinian Recollects and was one of the largest in Asia during its heyday. Now the structure houses the Siquijor Heritage Museum which features old religious artifacts.

If you’re going to Siquijor, don’t forget to embrace its spiritual vibes. If you want a tourist experience of the mystical side, be sure to drop by Hapitanan cafe and take a picture with their flying broomstick. After posing for the picture you can have some light snacks by the cafe or buy your souvenirs from them. You can even buy some potions from them, though be careful what you wish for.

Siquijor is definitely one of the most gorgeous islands that I have ever visited. If I’m ever given a chance to go back, maybe, just maybe I’ll stay there for good.